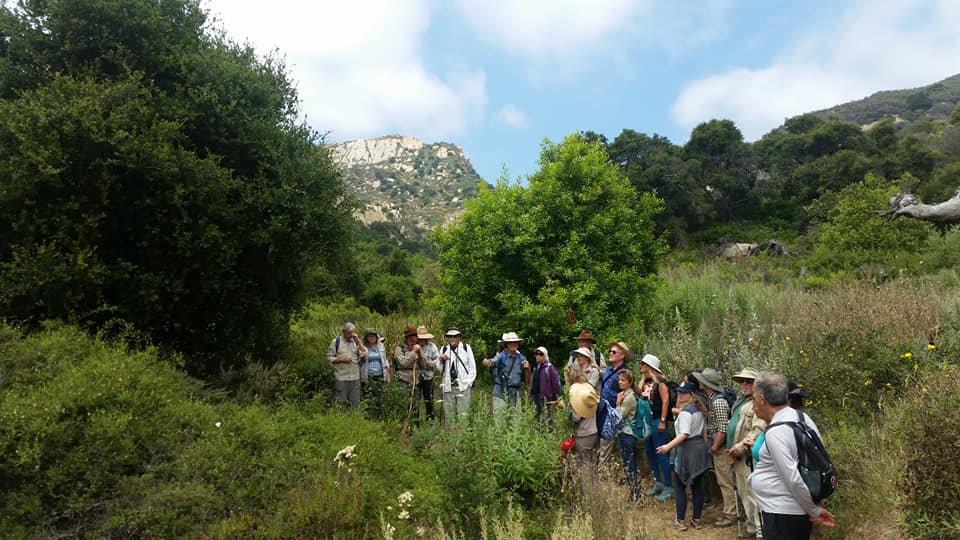 The Arroyo Hondo Preserve is an amazing example of California’s biodiversity. The lushness of the landscape and the variety of plants and plant communities at the Preserve are exceptional. It’s no surprise that it’s been described as “the jewel of the Gaviota Coast.” So Ojai native plant educator Lanny Kaufer is going back once more in 2019, this time hoping to find a few pears still hanging on the 200-year-old “Padre Pear” tree. He’ll lead the Arroyo Hondo Preserve Herb Walk and Native Plant Sale on Saturday, September 7, from 10:30 a.m. to 3:30 p.m.

For most participants, the day will start at 10 a.m. with a 30-minute carpool caravan from 23 S. Hope Avenue in Santa Barbara up the coast to Arroyo Hondo Preserve. A little earlier, at 9 a.m., those who live in Ojai and want to carpool from there to Santa Barbara will meet at Maricopa Plaza (1207 Maricopa Highway, Ojai). Another carpool may be organized from Ventura to Santa Barbara if needed. Kaufer will provide directions to Arroyo Hondo for those arriving from the north.

At the Preserve, after some easy walking, identifying plants, and stopping for a lunch break, the group will head for a pond upstream to see if any newts spent the summer there. Then they’ll regroup at 3:30 at the parking lot for a direct-from-the-grower, native plant sale hosted by Santa Barbara Natives (SBN), a beautiful native plant nursery founded by Arroyo Hondo Preserve manager John Warner. SBN carries an inventory of about 100 of the most popular local California native plants, normally available only to commercial growers. John will bring a selection, including some that Kaufer will discuss on the trail. People who register in advance will have the opportunity to request specific plants. Kaufer also will bring his curated mobile bookstore.

The cost for the day is $30 for adults, $25 for seniors 62-and-up, and $15 for students 13-17. Kids 5-12 can come along for free, one per adult, pending request and approval. The Land Trust for Santa Barbara County also requests a suggested $5 donation at the site to cover stewardship of the land. There is no pre-payment required to register. Once registered attendees will receive an email during the week prior to the walk with more information and directions to Arroyo Hondo. No dogs or smoking are allowed.

Participants will receive an email afterward with notes and a complete list of all plants and animals observed.