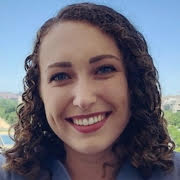 There’s been a shift among Republicans in Congress on climate change, due in no small part to polling that shows younger GOP voters are as concerned about climate change as their progressive counterparts. As vice president of Students for Carbon Dividends, Keira O’Brien is working to harness that passion among young conservatives to generate political will for carbon dividends legislation, which places a fee on carbon and gives revenue to households (sound familiar?). Kiera, who is President Emeritus of the Harvard Republican Club, recently testified at a congressional hearing alongside Republican pollster Frank Luntz. Over the summer, she spoke about carbon dividends at the Teen Vogue Summit: “There are many climate-oriented groups rallying around the problem, but Students for Carbon Dividends is rallying around the solution.”

All are welcome. Free admission. Morning snacks and coffee will be served.