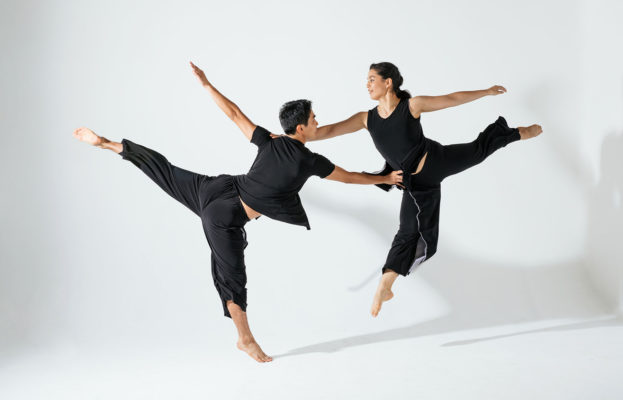 DANCEworks welcomes award-winning choreographer and director Doug Varone and his New York City-based company, Doug Varone and Dancers, for the 2019 residency. Award-winning choreographer and director Doug Varone works in dance, theater, opera, film, and fashion. His New York City-based Doug Varone and Dancers has been commissioned and presented to critical acclaim by leading international venues for over three decades. On tour, the company has performed in more than 125 cities in 45 states across the U.S. and in Europe, Asia, Canada, and South America. In the concert dance world, Varone has created a body of works globally. Commissions include the Paul Taylor Dance Company, Limón Company, Hubbard Street Dance Chicago, Rambert Dance Company (London), Martha Graham Dance Company, Dancemakers (Canada), Batsheva Dance Company (Israel), Bern Ballet (Switzerland) and An Creative (Japan), among others. Numerous honors and awards include a John Simon Guggenheim Fellowship, an OBIE Award (Lincoln Center’s Orpheus and Euridice), the Jerome Robbins Fellowship at the Boglaisco Institute in Italy, two individual Bessie Awards, and a Doris Duke Artist Award. In 2015 he was the recipient of the Lifetime Achievement Award from the American Dance Guild. The Company was in residence as part of SUMMERDANCE Santa Barbara in 1997, 1998, 2001 and 2007.

While in residence, Varone will create an ode to West Side Story, set to Leonard Bernstein’s iconic musical score. Inspired by Varone’s life-long obsession with the 1961 movie version of West Side Story, Doug Varone and Dancers will create a purely abstract dance work by absorbing the iconic masterpiece in all its aspects set to Leonard Bernstein’s iconic musical score. Varone will strip the Bernstein orchestral score of its narrative connotations and reimagine the score purely on the choreographic energy generated by its sounds and musical structure, and premiere the new work on September 6 & 7.