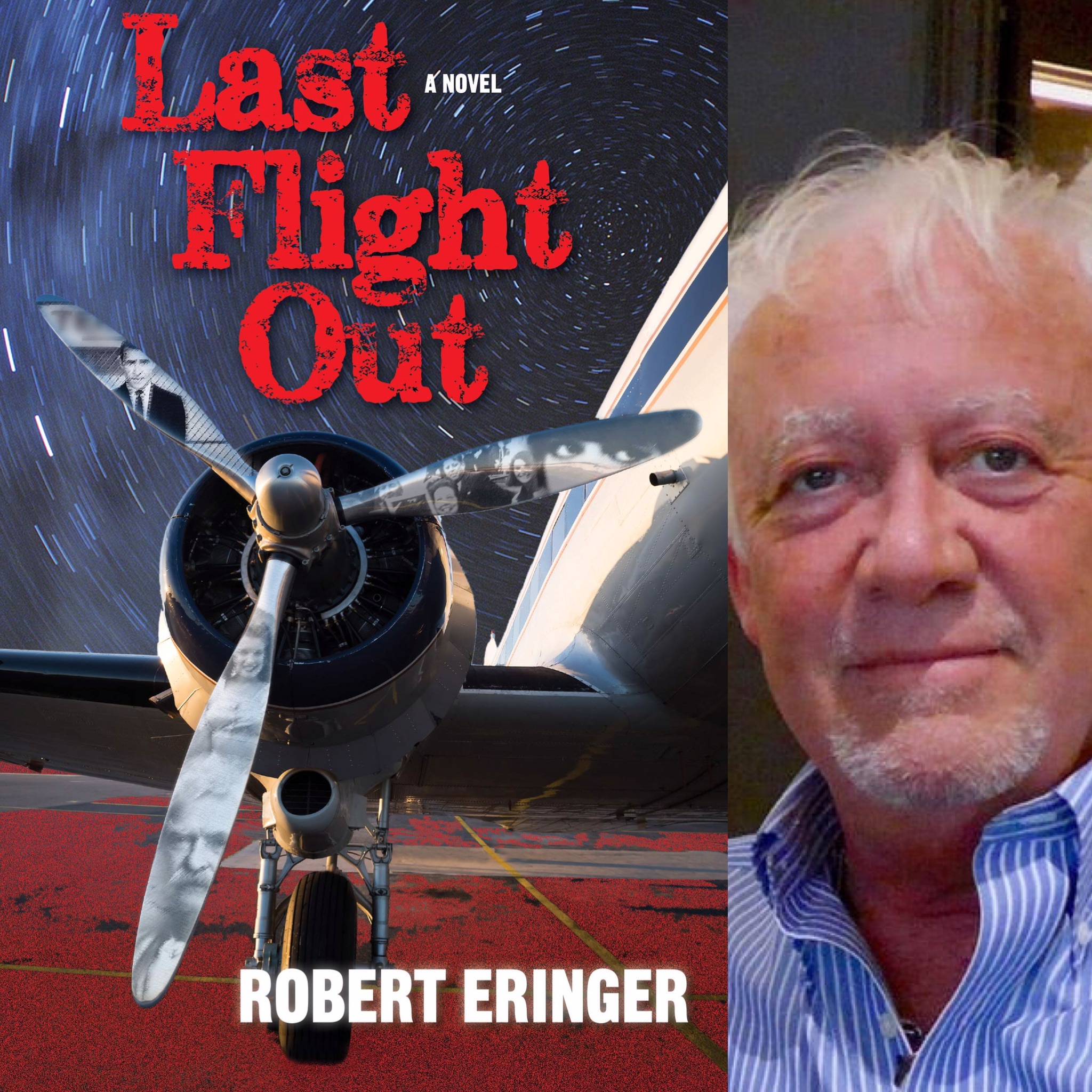 Is he hallucinating? Or is our hero actually traveling into vintage photographs? Robert Eringer takes you on a journey unlike any other, running into Mark Twain, and others from bygone eras—all the while paying homage to an iconic TV series, The Twilight Zone. Last Flight Out is a highly imaginative odyssey unlike any other in literature and, if you’re willing to suspend reality, may be the most fun reading you may have had in a long time.

As a novelist, Robert Eringer inhabits a world of master spies, billionaires, royalty and delusional lunatics. In reality, he keeps the same company. Two decades ago, a petition to the U.S. Supreme Court (Liberty Lobby v. Jack Anderson) called him “mysterious” and questioned his “actual existence.” Eringer, himself, continues to question actual existence. He began as a London-based correspondent, filing feature stories and high-profile interviews from around Europe. Later, as an investigative reporter, Eringer raked the gutter, exposing sleaze-balls and scumbags. Eringer evolved from journalism to private intelligence before embarking on a ten-year career operating undercover for FBI Counterintelligence. Some of his missions are included in Ruse, published in 2008. For five years, Eringer was spymaster to Prince Albert II of Monaco. After Albert’s ascension to the throne, following Prince Rainier’s death in April 2005, Eringer created the principality’s first (unofficial) intelligence agency, the Monaco Intelligence Service. Resettling in Santa Barbara, he became “The Investigator” (a weekly column) for the Santa Barbara News-Press. In 2016, Eringer returned to fiction with the publication of Motional Blur acclaimed by T.C. Boyle as “A nonpareil road novel that winds up packing a real emotional punch.”