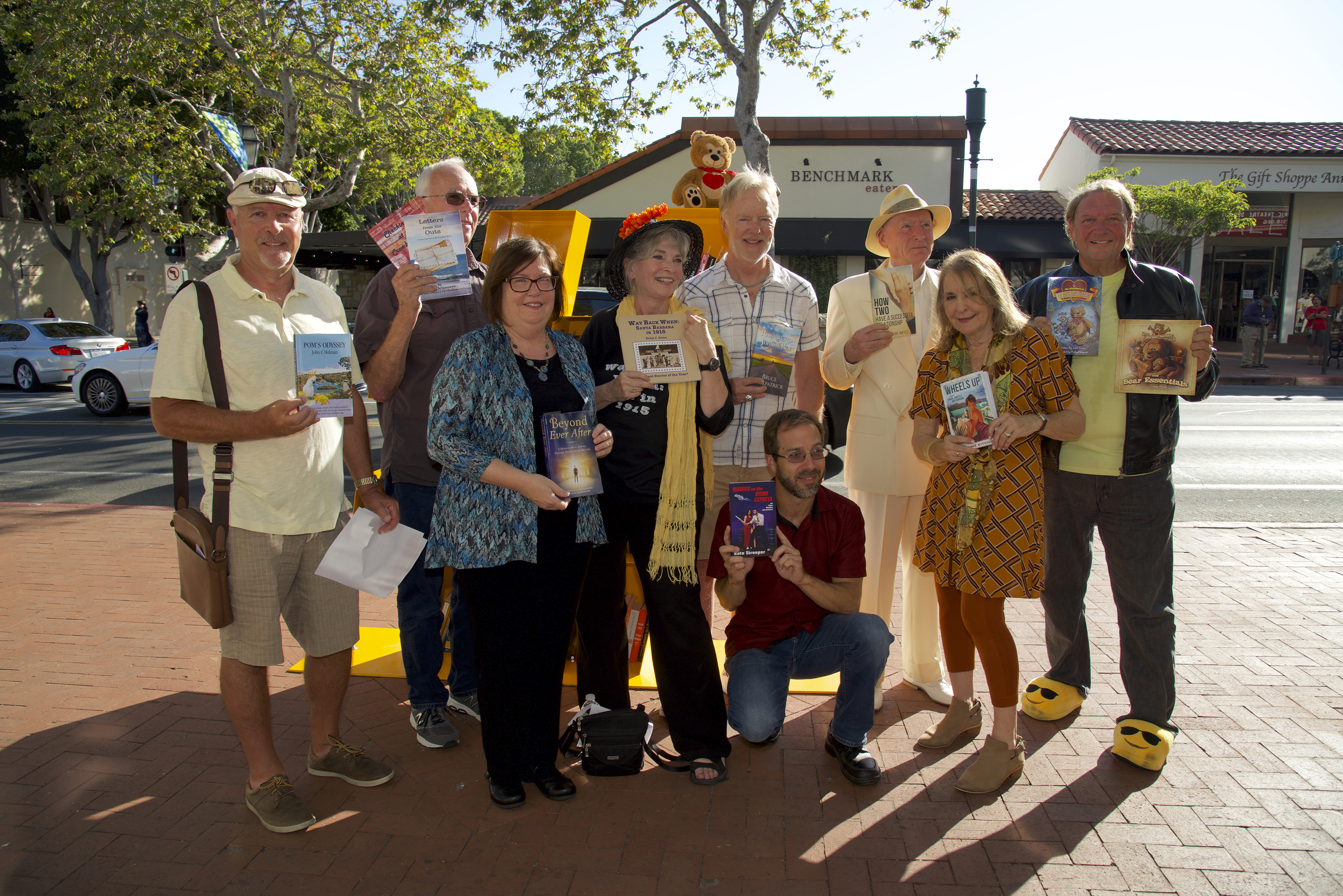 Join us for a celebration of local authors, who will be reading their work at the “hashtag” Tiny Library on State Street and Anapamu Street.

Local authors will be reading a brief excerpt of their books, and adding copies for the public to borrow from the Tiny Library.

Participating authors include:
Betsy J. Green, who writes the “Way Back When” series of books about the history of Santa Barbara – one year at a time. She focuses on interesting and humorous events that happened here a century ago.

Rick Sawyer, who is an author, poet & local real estate broker. He has published three books: Wildcatting: the Hills of Kettleman, Within the Shells, and a Bee’s Eye View. Rick also hosts the annual Earth Day Authors and Poets event in Montecito.

Gary Delanoeye, who is the author of 3 books: Checking in at the Crowbar Hotel, Letters from the Outs, and Clean Shorts. These are works of fiction and often humorous! Gary is a faculty member at Antioch University in Santa Barbara and lives in Carpinteria.

Sue Perry, who writes fiction of all lengths and most genres. She published a novel long ago and has only recently resumed writing after wandering through far-flung careers including low-budget television producer and disaster scientist.
Jeanine Kitchel, a former journalist, wrote non-fiction before branching into writing narco noir thrillers. She founded a bookstore in southern Mexico in the late 1990s, and the venture became the catalyst for writing about Mexico cartels and the damage they inflicted on her adopted homeland. As one reviewer said of Wheels Up—A Novel of Drugs, Cartels and Survival, “It has enough adventure packed into its fast-moving pages to satisfy the most ravenous armchair thrill seeker.”