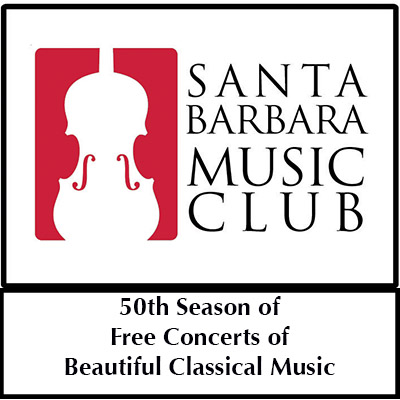 Franz Schubert (1797–1828) composed the Fantasy in C Major, D. 934, for piano and violin in December of 1827, shortly before the end of his young life. This work presents an almost retrospective view of Schubert’s compositional life by referring to several earlier works. On the one hand, the formal and harmonic plan of D. 934 closely resembles that of his famous ‘Wanderer’ Fantasy for solo piano, as well as that of the Fantasy in F Minor, D. 940. Moreover, Schubert also quotes one of his songs, “Sei mir gegrüßt” (“Greetings”), D. 741. In addition to so much self-reference, Schubert’s C-major Fantasy also runs the gamut of open virtuosity, which Han Kim and Constantine Finehouse perform in today’s program.

The Drei Romanzen (Three Romances), Op. 94, of Robert Schumann (1810–1856) exist as the only pieces in his chamber-music repertoire scored for a woodwind instrument. Originally written for piano and oboe in 1849, one of the final years of his compositional productivity, these three short pieces have been arranged for several other instruments: violin, viola, cello, and flute to name a few. Yet whichever arrangement receives a performance, the oftentimes-capricious quality of Schumann’s lyricism is unmistakable, at once tender then brooding a moment later. Today’s performance includes the arrangement for piano and clarinet, played by Constantine Finehouse and Joanne Kim, respectively.

Within the oeuvre of Ludwig van Beethoven (1770–1827), the Sonata for Piano and Cello No. 4 in C, Op. 102, belongs to a handful of works that ushered in the composer’s so-called “Late Style.” Although the partitioning of Beethoven’s life into three periods has become passé in music historiography, pieces like Op. 102 show the composer’s move towards an inwardness that would characterize much of the Romantic era. Written in 1815—a year before he had become completely deaf—the sonata breaks classical convention by featuring only two movements, each of which also play with and depart from formal tradition. Sang Yhee and Constantine Finehouse perform these two starkly contrasting movements of mood, tempo, figuration, and character.

For information on this or other Santa Barbara Music Club programs and performing artists, and to become a SBMC member, visit SBMusicClub.org.