The Alcazar Ensemble Presents: “Dead to the Last Drop” 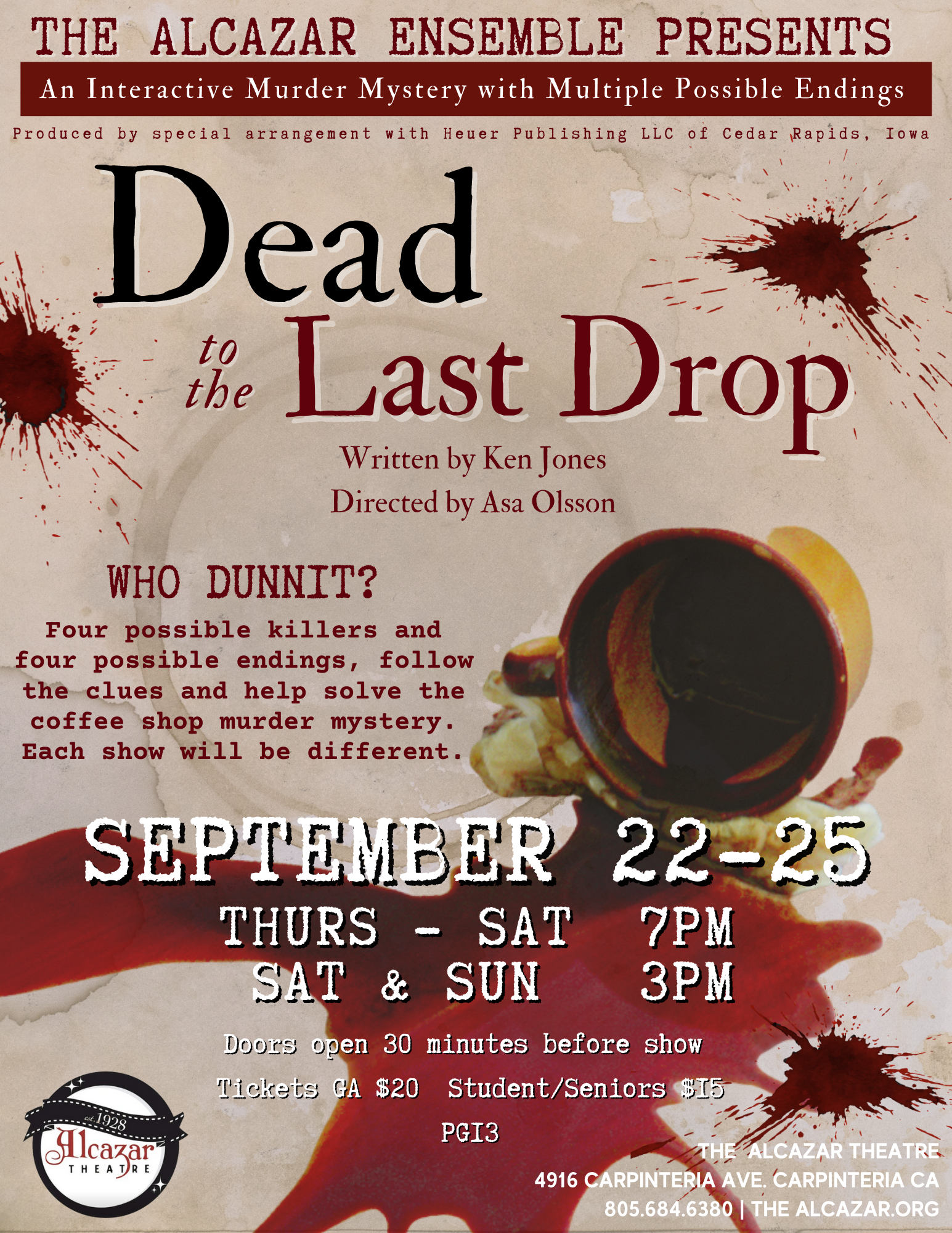 Dead to the Last Drop

The Alcazar Ensemble presents:  Dead to the Last Drop, by Ken Jones, is a comedy/murder mystery that takes place in a coffeehouse and bookstore called “Café Caffeine.”   The hilarious show, includes four suspects, a special agent and the victim, featuring a talented cast of stage veterans and newcomers. The unbalanced cast of characters leads the audience through a maze of funny twists and turns.

Audience and cast interaction reach a peak when the audience is allowed to ask each character questions about the murder,  and vote on the ending that they want to hear. The three-act play includes; “The Crime”, “The Investigation”, and  “The Solution”  with four possible killers and four possible endings with a different outcome in each show. Clue cards will be handed out before each show to help the audience catch the characters in their own lies and vote for the ending and Who-Dunnit!