The Amazing Acro-cats in Santa Barbara! 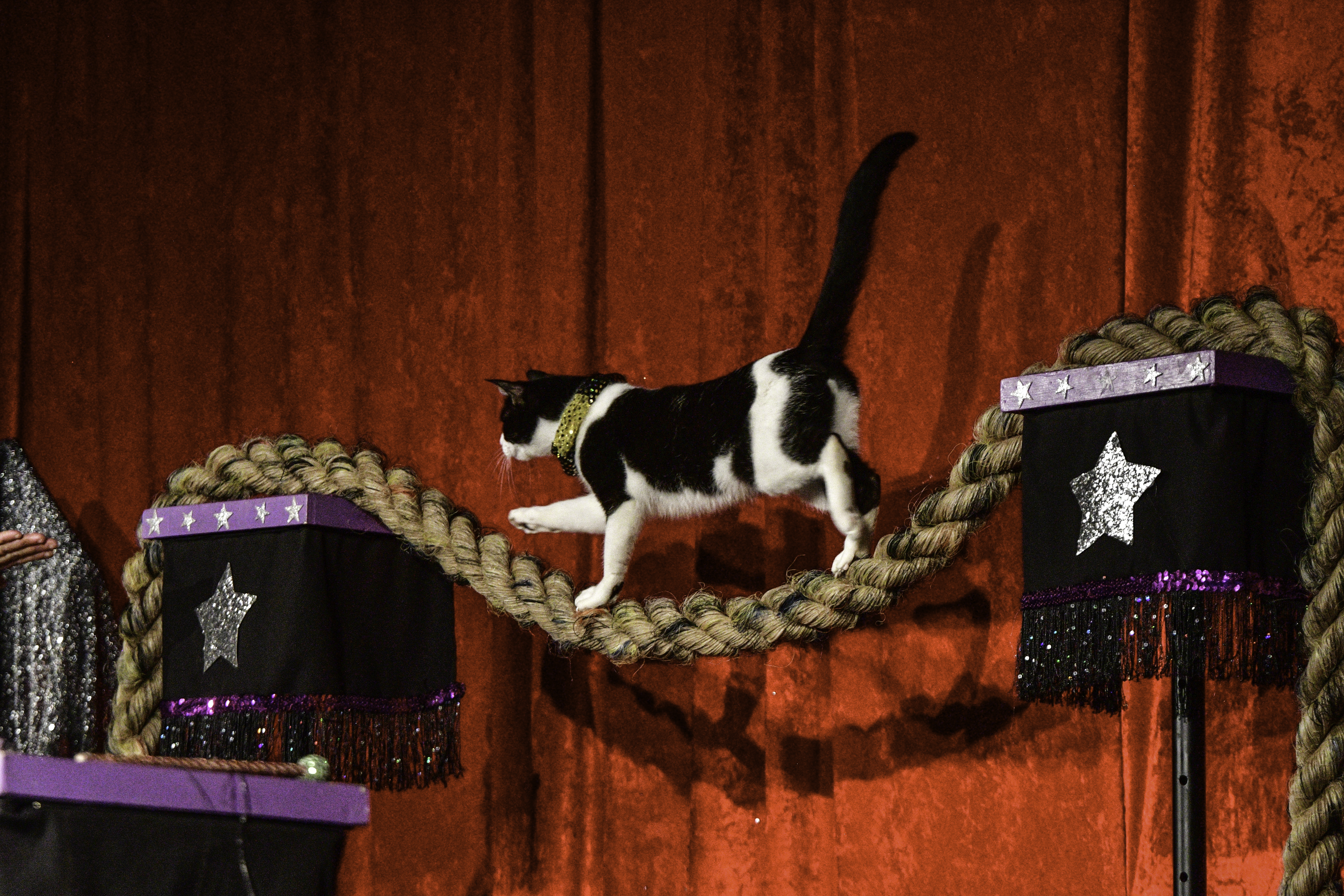 Real Rescued Acrobatic Housecats Perform in Santa Barbara!
Including the only all cat band in the entire world, live!

The Amazing Acro-cats Featuring Tuna and the Rock Cats is a troupe of REAL performing house cats. The Acro-cats experience all started with Chief Executive Human (CEH for short) and animal trainer Samantha Martin. She has not only rescued her own pets, but also has found happy homes for 220 homeless cats and kittens. Using the magic of clicker training (a stress-free positive reinforcement method) Samantha and the cats take their newfound amazing abilities on the road, and tour the nation’s stages in the infamous Acro-cat bus!

A portion of the proceeds always benefits our mobile foster and rescue efforts. They have cats riding skateboards, jumping through hoops, and Alley, our rising star, has even leapt into the Guinness Book of World Records, holding the record for the longest cat jump!

The finale is the ONLY ALL-CAT BAND IN THE ENTIRE WORLD – Tuna and the Rock Cats! The current band lineup features Roux on guitar, Asti on drums, Nue on keyboard, and NOW some brand new members: Ahi and Albacore on cowbell and woodblocks, Buggles on trumpet, and Oz on Saxophone. There is even a chicken – Cluck Norris – rockin’ the tambourine! “I can die happy now!” an audience member has claimed after seeing the band.

Featured on national TV shows like the Late Show with Stephen Colbert, their most recent appearance was the 2019 Halftime Puppy bowl! The Amazing Acro-cats did the half-time honors with a very special purrformance

A portion of the ticket sales benefits animal rescue! We are purroud to announce that a portion of our proceeds will benefit FIP!

This show is coming to Center Stage Theater for a very limited arrangement from 4/25-4/28. The theater is located in Paseo Nuevo Center, upstairs at the intersection of Chapala and De la Guerra Streets, Santa Barbara. Tickets cost $25-$45 and are available at http://www.rockcatsrescue.org