Virtual Event: And Then They Came for Us – Documentary Viewing 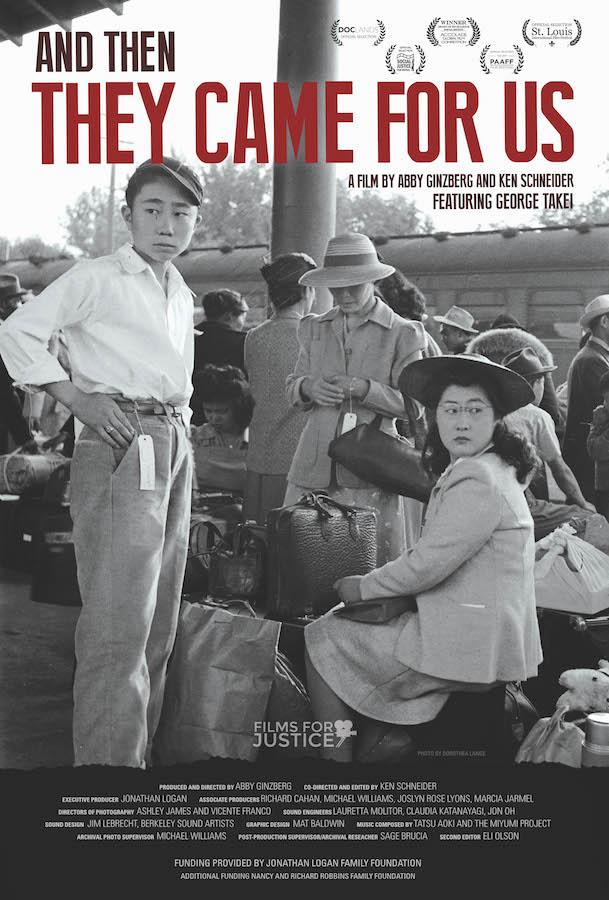 On February 19, 1942, Executive Order 9066 was signed by President Franklin D. Roosevelt, paving the way for the violation of constitutional rights that resulted in the forced removal and incarceration of 120,000 Japanese Americans.

As part of SBPL’s programming around the Day of Remembrance on February 19, we have partnered with 16 other CA libraries and film producer Abby Ginzberg to have the the documentary And Then They Came for Us available to view for free for one week.

To learn more and hold space for all who were and are impacted by the Executive Order, you can also:

* Explore the Santa Barbara Trust for Historic Preservation’s virtual Nihonmachi Exhibit. We encourage you to view this while in the physical neighborhood, start at the interpretive sign near the parking lot at the corner of Anacapa and Canon Perdido Streets.

* Participate in the live discussion with George Takei about the documentary on Friday, February 19th from 4-5pm.

* Attend the SBPL Social Justice Book Club discussion of Takei’s They Called Us Enemy on Thursday, February 25th from 5:45-6:45pm.