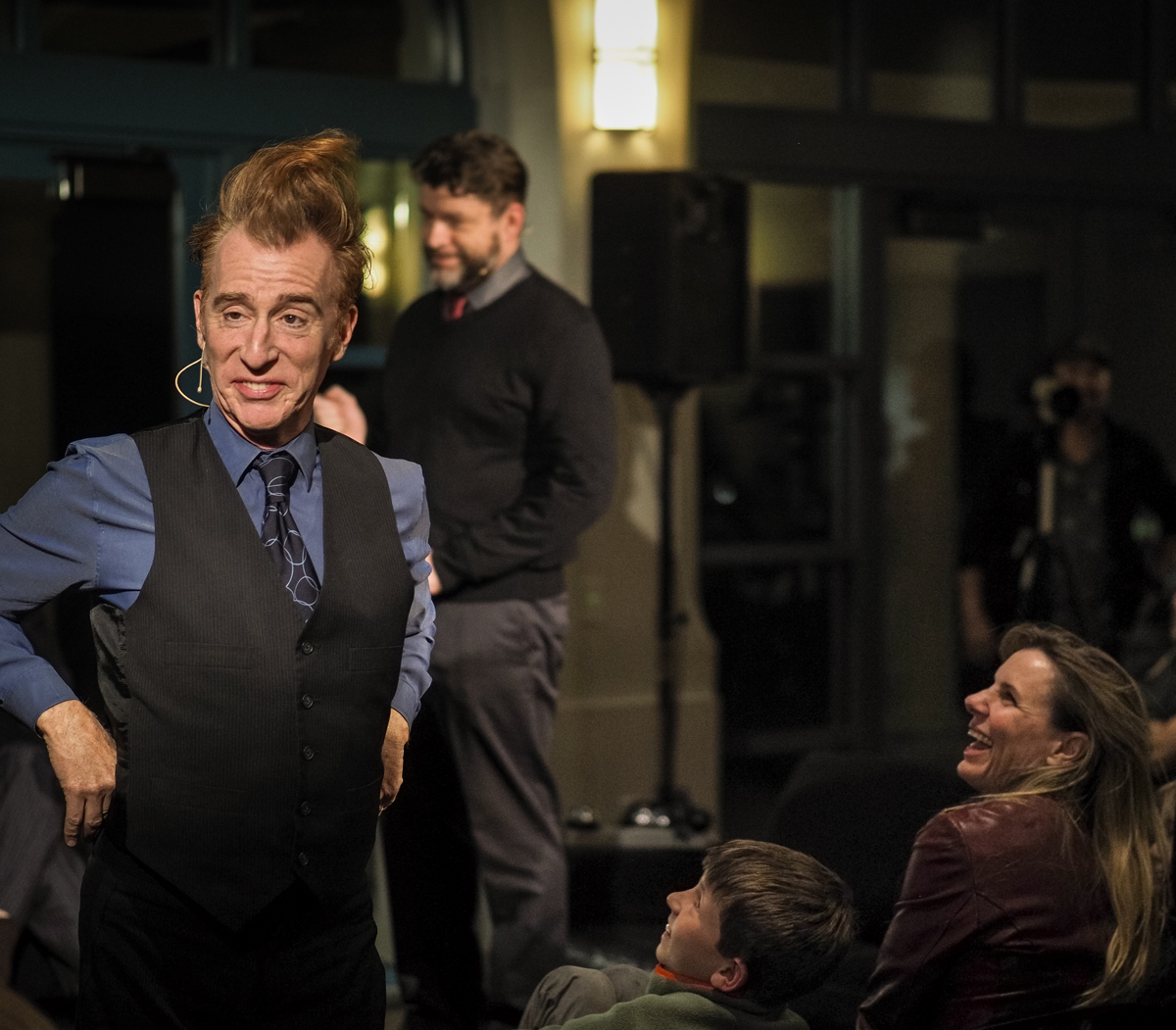 IMPROVology, the Santa Barbara Zoo’s science-meets-comedy show, has outgrown its nest and flown the coop, landing at the Lobero Theatre.

Sold-out shows at the Zoo since 2015 have proven that audiences are “batty” about this mashup of wildlife talks with improv theatre. The format remains unchanged: two leading animal experts are interviewed live on stage, in this case, Joseph Brandt about California condors and Dr. Tara Stoinski about gorillas. Comedy skits, songs, and silliness are then created on-the-spot by members of L.A.’s Impro Theatre, accompanied by live music. Audience participation is encouraged.

Tickets are $30, $25 for Santa Barbara Zoo Members, and $70 for a VIP ticket which includes premier seating and pre-show reception with drinks and hors d’oeuvres. Purchase tickets at the Lobero Theatre Box Office, at www.lobero.org, or by calling (805) 963-0761.

For the inaugural show at the Lobero, the animal experts are Joseph Brandt, a U.S. Fish and Wildlife supervisory biologist who oversees local efforts to bring the California condor back from the brink of extinction; and Dr. Tara Stoinski, who has studied gorillas for more than two decades and heads up the renowned Dian Fossey Gorilla Fund.

“IMPROVology has grown up and is moving downtown,” said Zoo CEO Rich Block. “It’s not unlike male gorillas who leave their families when they become mature, or California condor chicks who spread their wings and soar out of the nest. But it’s a lot funnier.”

The 90-minute show is performed without intermission.