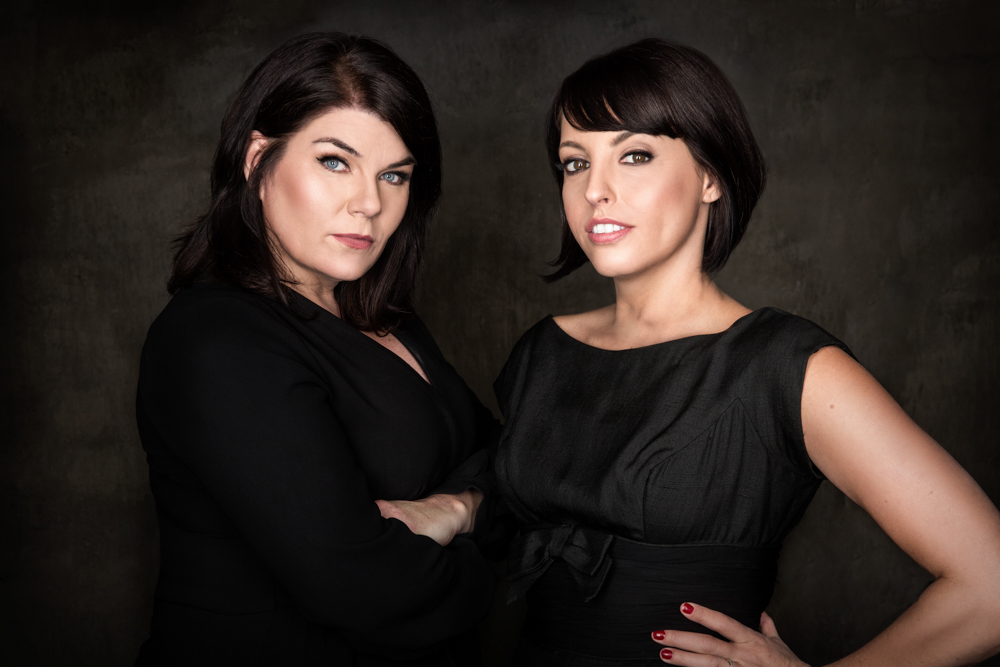 Since 2016, Karen Kilgariff and Georgia Hardstark have been sharing grisly stories with an audience of millions via their podcast, My Favorite Murder. Kilgariff, a comedian, and Hardstark, a former Cooking Channel TV personality, bonded at a Halloween party in 2014 over the story of the deadly car crash at the SXSW festival earlier that year, which Kilgariff had witnessed. The duo took their fascination with the macabre and turned it into a 60- to 120-minute weekly podcast where they discuss television recommendations, positive aspects of their day, and, of course, murders, survival stories, ghosts, and weird things found in walls.

Nowadays, Kilgariff and Hardstark are well-known in the podcasting community, recognized for their fascination of dark, dangerous, and occasionally bizarre happenings and their sardonic quips, such as “Stay sexy and don’t get murdered.” The pair also use their platform to normalize issues such as anxiety and mental health through open discussion and, among other things, their publicly shared photographs of their medications (#MyFavoriteMeds).

My Favorite Murder has approximately 19 million listeners a month and has drawn thousands of fans, known as Murderinos, to their sold-out live shows all over the world. Kilgariff and Hardstark will bring their widely loved show to town for a weekend-long event that includes a variety of activities such as live podcast recordings and special guests from other podcasts, including Billy Jensen and Paul Holes of The Murder Squad and Sara Iyer and Steven Ray Morris of The Purrrcast. The weekend will also include an art exhibition featuring original works and merchandise, and cocktail hours for Murderinos to socialize and get to know one another.

After being introduced to My Favorite Murder last year, I binge-listened to the series in its entirety in a matter of weeks. I recently spoke with the women over the phone prior to their upcoming Santa Barbara event.

How would you describe My Favorite Murder to potential new listeners?

Karen Kilgariff: We hear [people say] it’s like talking to your best friends about a topic that you had no idea they were interested in, that you were always kind of embarrassed about being interested in, which is true crime. You can talk about it freely and don’t have to be embarrassed.

Who is your audience?

Georgia Hardstark: The majority are women that are in their twenties to thirties. We keep getting asked, “Why does true crime appeal to women?” I think there are 50 answers [that] would all be accurate to somebody. It’s fascinating; it’s scary; it makes you feel like you’re getting prepared, it makes you feel like you’re learning something that’s been kept from you. Sometimes it’s empathy; sometimes it’s assuaging your anxieties. It appeals to different people in different ways.

What made you feel that podcasting was the right format to tell your stories?

GH: Karen and I had both been podcasting and listening to podcasts for years before we started My Favorite Murder; knowing that there’s an audience for everything made it easy to go into podcasting with this topic. There was no one to tell us what to do. We didn’t have to get the green light from some corporate overlord to do this. We got to DIY it, punk-rock style.

There have been thousands of Murderino Facebook groups started by fans, usually created by taking a word and adding the suffix “-ino.” For example, Teacherinos, Vegerinos, Drinkerinos, etc. What’s the most specific, absurd, and/or wonderful subgroup that you’ve heard of?

GH: I just heard that there are Swiftarinos, which are people who are obsessed with Taylor Swift and My Favorite Murder. Karen was playing a new Taylor Swift song for me, and I was freaking about it, so I posted something about it and [found out] that’s a thing.

Many of your quips from the show are now featured on keychains, T-shirts, tattoos, and more, such as “Stay Sexy, Don’t Get Murdered”; “You’re in a Cult, Call Your Dad”; and “Stay Out of the Forest.” Did any of these take off unexpectedly?

KK: All of them. We don’t ever know until we see them on Twitter. It’s like, Oh, that’s funny. We don’t know who said it.

GH: Imagine that somebody has been recording every conversation you’ve had. We don’t remember — I certainly don’t remember — what we say in the shows until afterward, when people tell us, “You pronounced that wrong,” “You said that wrong,” “You shouldn’t have said that,” or “That was so funny.” In the midst of it, that’s not what you’re thinking about. It’s one of the payoffs after a show gets posted.

In 2018, you launched Exactly Right Media. How has having your own media company changed the way you work?

GH:We get to make choices based on what we know [our listeners] would like. From doing the live shows … and seeing what they react to and what appeals to them … stuff that comes along where we’re like, we can absolutely see this being a hit knowing what we know about the people who listen to our show. That is the coolest because we’re trying to take the audience that we’ve gotten and really serve them.

KK: [Stitcher was] basically like, “Hey, we think you guys have good taste. Can you bring that to your own platform?” We’d been getting pitches and working out new podcasts. It’s been really fun to have someone pitch you this podcast that they want to do. If you immediately say to yourself, “I want to listen to that now,” then you know it’s going to be a good podcast. Our friends and all these really talented people have ideas and passion, and we get to bring those to life.

How will My Favorite Weekend differ from live podcasts? What can people expect?

GH: Well, they get to eat brunch with us.

KK: I think it’s going to be less of a show and more like a Murderino meetup — that we show up for.

My Favorite Murder has inspired artists, crafters, and designers to create, sell, and share their own MFM products. Can you tell us a little more about that?

This is your first event in Santa Barbara, correct? What made you choose to hold My Favorite Weekend here?

KK: Santa Barbara is perfect because it’s a vacation destination, so it’s not like we’re asking people to come to some weird city that they would never normally go to. Santa Barbara’s gorgeous. It’s just a perfect little getaway.