Six Scramble for Two Seats on Goleta Union School Board

There are six candidates vying for two open seats on the Goleta Union school board — the district’s most competitive race in decades.

But what makes the race even more unique is not how many candidates are in the race, but how wide-ranging the candidates’ viewpoints are. From the most conservative candidates to those who lean hard left, from teachers and parents to engineers and foster parents, each personality brings his or her own vision for Goleta to the table.

Candidate and current board president Sholeh Jahangir, the only incumbent, is running to continue what she started. Candidate Caroline Abate is running to balance out the board with her conservative viewpoint, while Devany Bechler joined the six-way scramble simply to become more involved in her own and other kids’ educations.

As some candidates are parents, they also have their own quibbles with the district, such as Greg Hammel’s issue with inequitable literacy and math scores and Vicki Ben-Yaacov’s gripe that the schools waste pounds of food and don’t practice composting. Or there are candidates like Max Rorty, who doesn’t necessarily have issues with the district but believes she would be a great fit on the board now because of her background in social work.

The race is a toss-up. With five nonincumbents vying for a seat, it’s hard to say who will make the cut. The Independent interviewed each candidate to discuss their top issues.

4·1·1 | Watch our discussion with the Goleta Union School District Board of Education candidates. 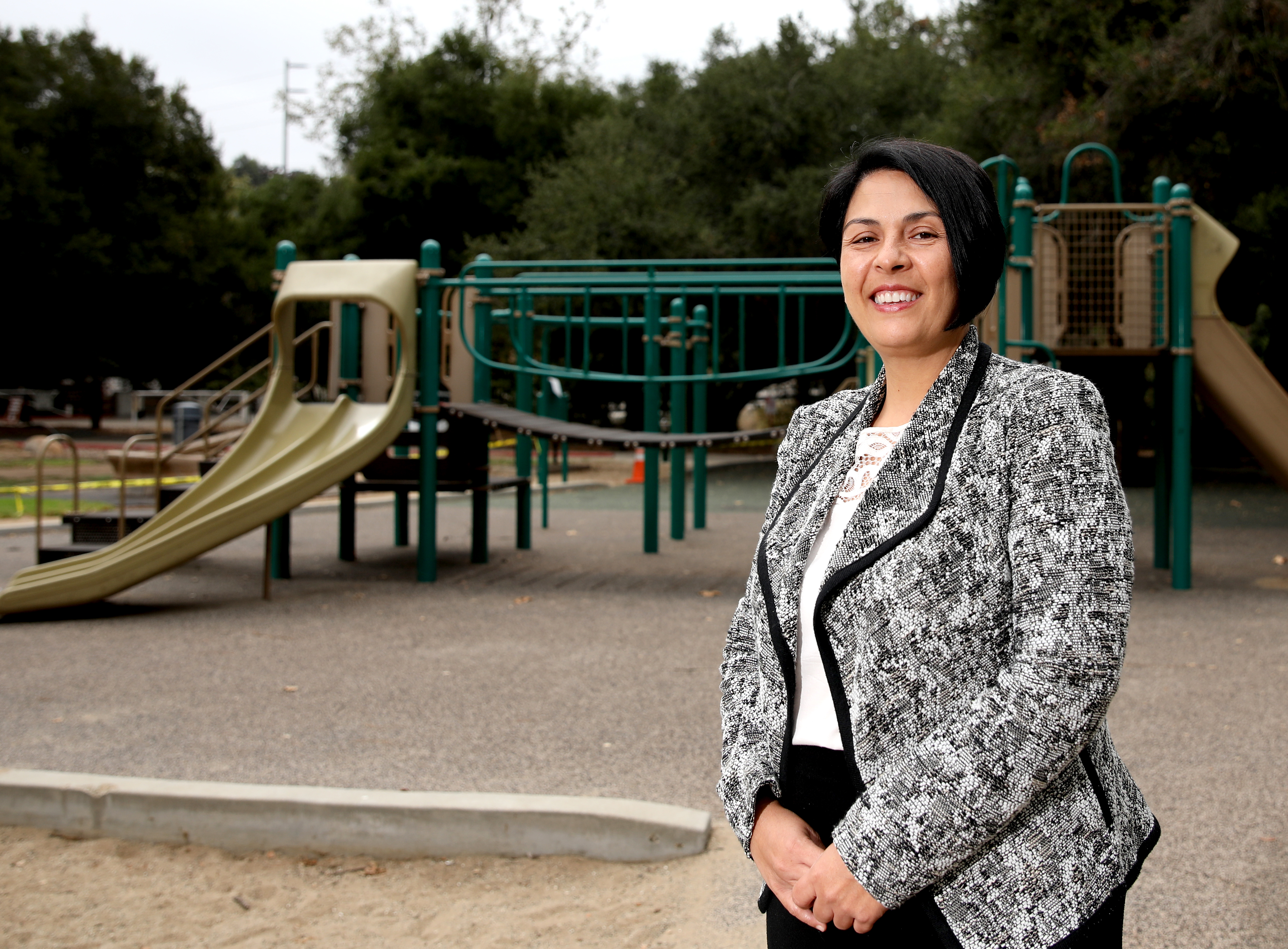 Lone incumbent Sholeh Jahangir has been a part of the community since the beginning, having gone through Foothill Elementary, La Colina Junior High, and San Marcos High School before attending college at UCLA. She describes herself as community oriented, and she volunteered as the PTA president at her two sons’ schools and sat on various youth sports boards before she was pushed to run for school board and won in 2016.

Ultimately, Jahangir is running because she can’t walk away.

“Running for school board again is a no-brainer for me because this is not done,” she said. “I believe morally that leadership and working for these children is my duty. I cannot walk away.”

For our extended interview with Sholeh Jahangir, click here. 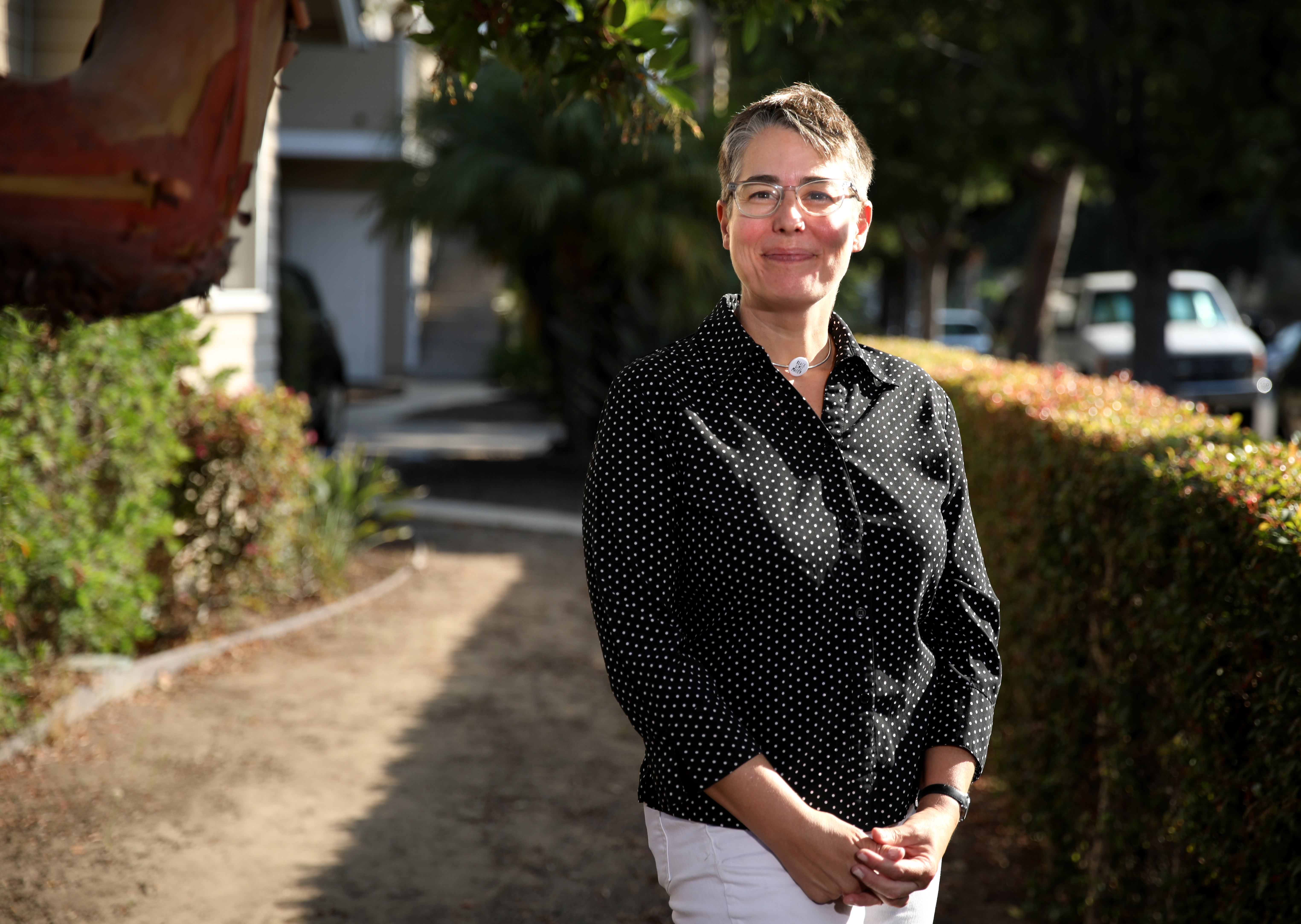 Therapist and community organizer Max Rorty brings a unique blend of experience that she believes is needed in the community during this unstable time. She is a wife and mother to a 2-year-old and a 4-year-old, and the older one is attending Isla Vista Elementary in the fall.

Rorty has roots in the community through much of her activism work, including her role as cofounder of the Santa Barbara Transgender Advocacy Network. She also served as a commissioner for the City of Santa Barbara’s Community Development and Human Services committee.

Her three roles as parent, therapist, and community organizer have given her a perspective on the education system that other candidates don’t have. For example, she views the pandemic crisis through three separate lenses.

“[My perspectives are] as a therapist for my patients, some of whom are alone all day in cars, some of whom are parenting their siblings at age 8, some of whom are in real risk of malnutrition. So getting the schools opened as quickly as possible is absolutely a safety issue,” Rorty said. “And I’m a parent, and my wife is home with our two kids, and it is really, really hard. And I’m also an essential worker. I line up to have my temperature taken every day of this, and I have a lot of empathy for the teachers who are about to do the same.”

For our extended interview with Max Rorty, click here. 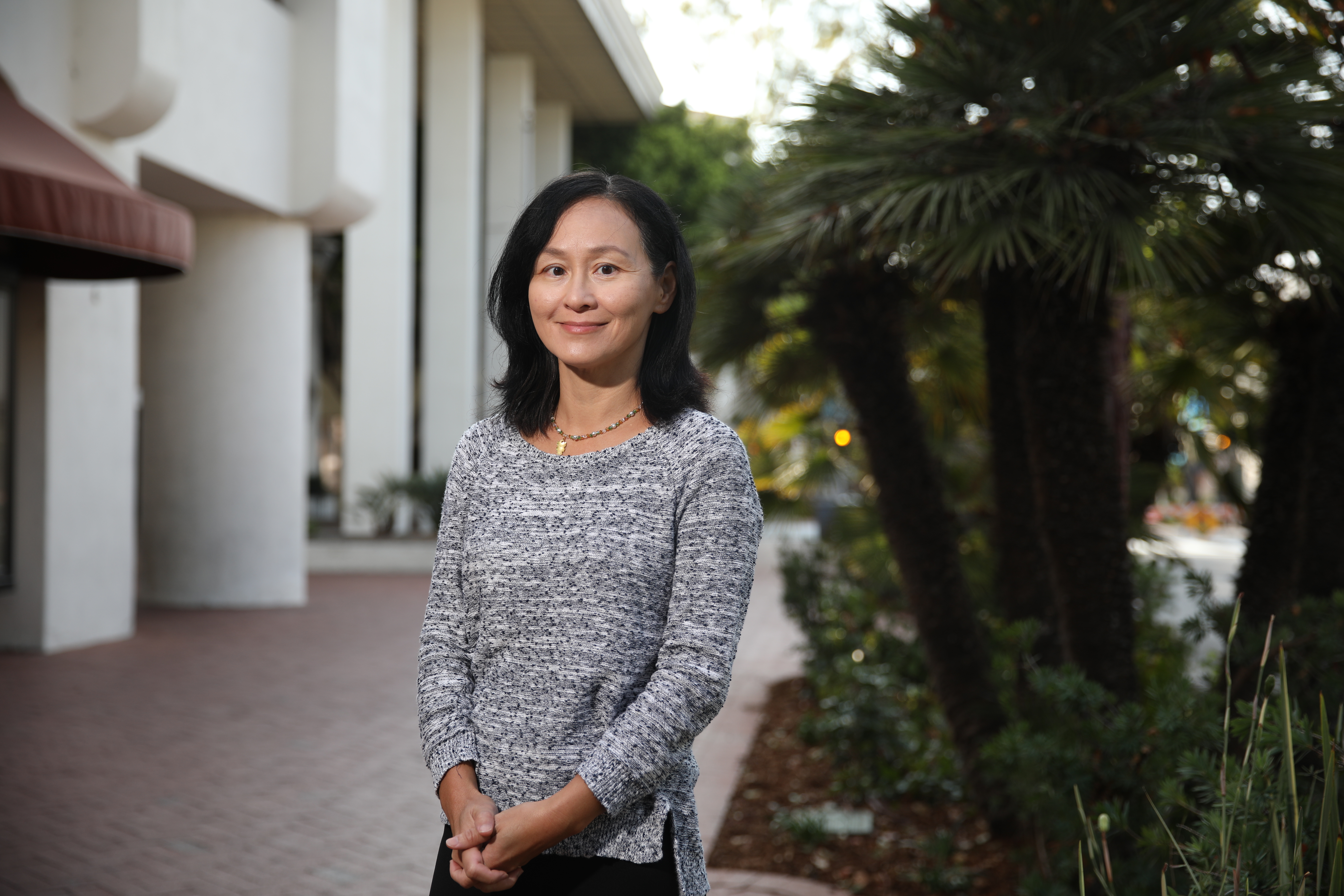 Vicki Ben-Yaacov — engineer, mother of two, and Goleta Union school board candidate — says that her passion for building and solving complex problems flourished into a love of teaching children the same passion.

After leading several science and engineering programs mostly geared toward college-aged students, she started her nonprofit, the Youth Innovation Club, in 2019. The nonprofit aims to get younger children attracted to the STEAM fields and to “open up opportunities and resources to students from low-income households or other circumstances that have traditionally held them back.”

“For me it’s all about the future,” Ben-Yaacov said. “I work in the industry, and if you think about it, 13 years ago is when the first iPhone came out. It was not that long ago, but before that, if you told me that there’s a whole category of jobs that are about building apps, I would be like, ‘What is an app?’ That was only 13 years ago. So imagine this group of elementary school kids by the time they graduate from high school and college. You don’t know what jobs are out there…. You prepare them for the right skills.”

For our extended interview with Vicki Ben-Yaacov, click here. 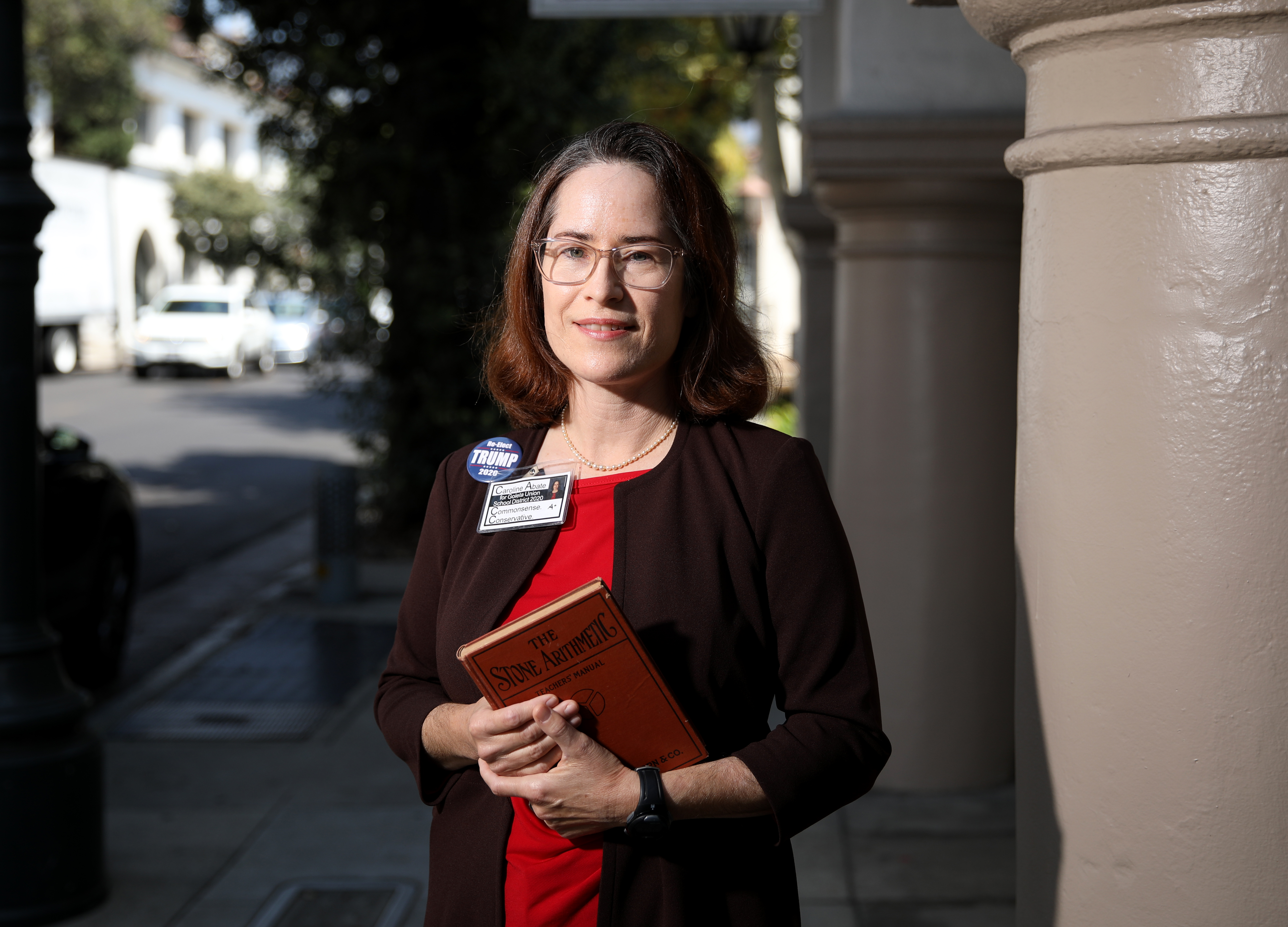 A self-described “common-sense conservative,” Caroline Abate is perhaps most known around Santa Barbara and Goleta for her pro-Donald Trump pin she wears most everywhere she goes and her straightforward comments at city council and school board meetings.

Now, Abate is running for one of two seats on the Goleta Union school board. Abate came to her interview prepared with the 1929 edition of the Stone Arithmetic Teachers’ Manual. An elementary school math teacher herself, Abate said that the little, nearly 100-year-old book is exactly what kids in school need today. The sentiment captures Abate’s campaign in a nutshell: back to the basics.

Abate said that if elected, she would be the conservative voice in the room. She said that when it comes to the pandemic, she takes the same stance.

“I am strongly in favor of reopening our schools,” Abate said. “…One of my qualifications is being a classroom teacher. And not having students in their classrooms to me is frightening because the mind, especially as a child, can only learn at a certain rate…. Education is essential because otherwise you’re acting based on fear and emotion and you’re not acting rationally. If you’re ignorant, something will fill that void … and you want it to be the correct thing, not fear or ignorance or irrational behaviors.”

For our extended interview with Caroline Abate, click here. 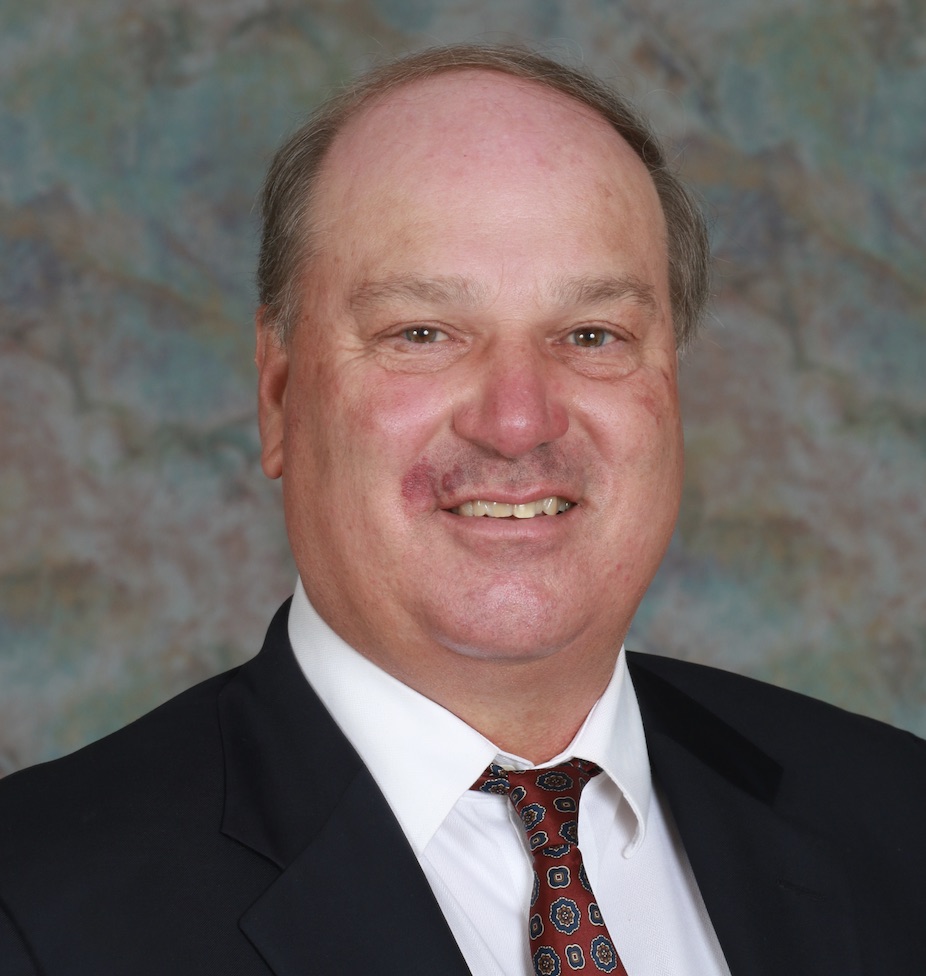 Engineer and father of three Greg Hammel is running for the Goleta school board after 20 years of volunteer involvement in the district.

Hammel’s eldest son is 31, and his youngest son is 16 in the Santa Barbara Unified School District. All three of his sons went through Goleta Union, giving Hammel a parental perspective that has spanned several decades. In addition, he has coached youth sports and as a result has come to know children from other families that further motivated him to run.

The biggest issue for Hammel is leveling the education playing field and raising standardized test scores, which he said bothered him for years before he announced his candidacy to try and make a dent in the issue.

“I noticed when I was helping in the classrooms and I was coaching noontime leagues that we had a two-tiered education system,” he said. “We had kids with parents who had middle-class means, and then you had a tier of kids in poverty…. Goleta Mountain View is probably our richest school. They score 80th percentile; those kids do fine. But I was in Isla Vista and La Patera, and kids from low-income homes — they’re left behind.”

For our extended interview with Greg Hammel, click here. 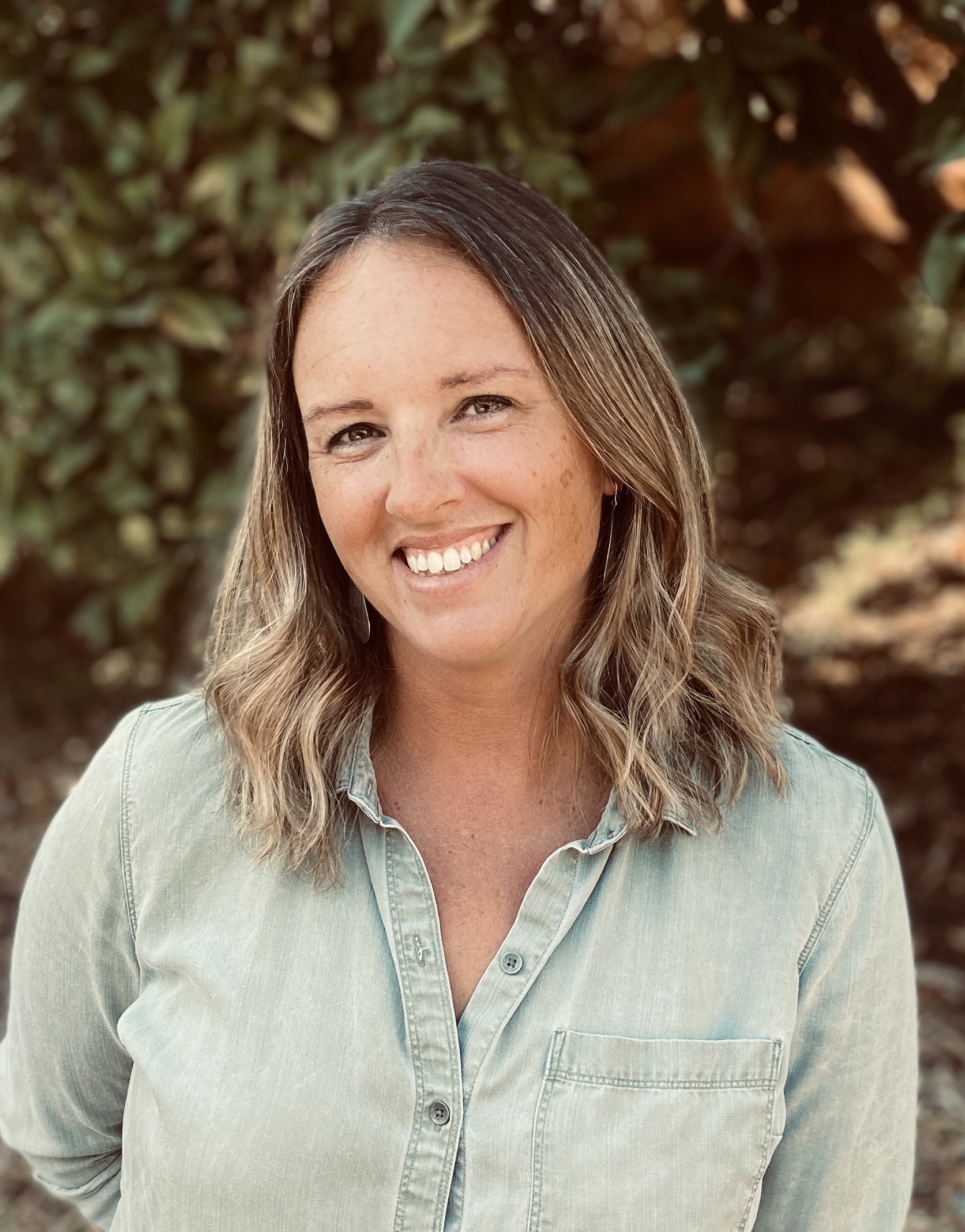 It took a bit of convincing for Devany Bechler to throw her hat in the Goleta Union school board ring.

“I kind of said that I’m not going to be the pantsuit-wearing, parade-around-school person,” Bechler said jokingly. “I’ve always wanted to do the work where you can see your impact directly and you’re there and you’re building community.”

But her natural pull toward education and community involvement landed Bechler — a mother of four children in the district, a former teacher, and Hollister Elementary’s PTA president of two years — in the race.

“I do think that any kid is capable of rising to a challenge, provided that they have the support and the environment that they need to thrive…. And that doesn’t mean that parents have to be doing their homework with their kids or attending events. But parents have to have the buy-in of, like, ‘I love your school. I love your teacher. I love your principal. I want you to have fun at this place.’”

For our extended interview with Devany Bechler, click here.