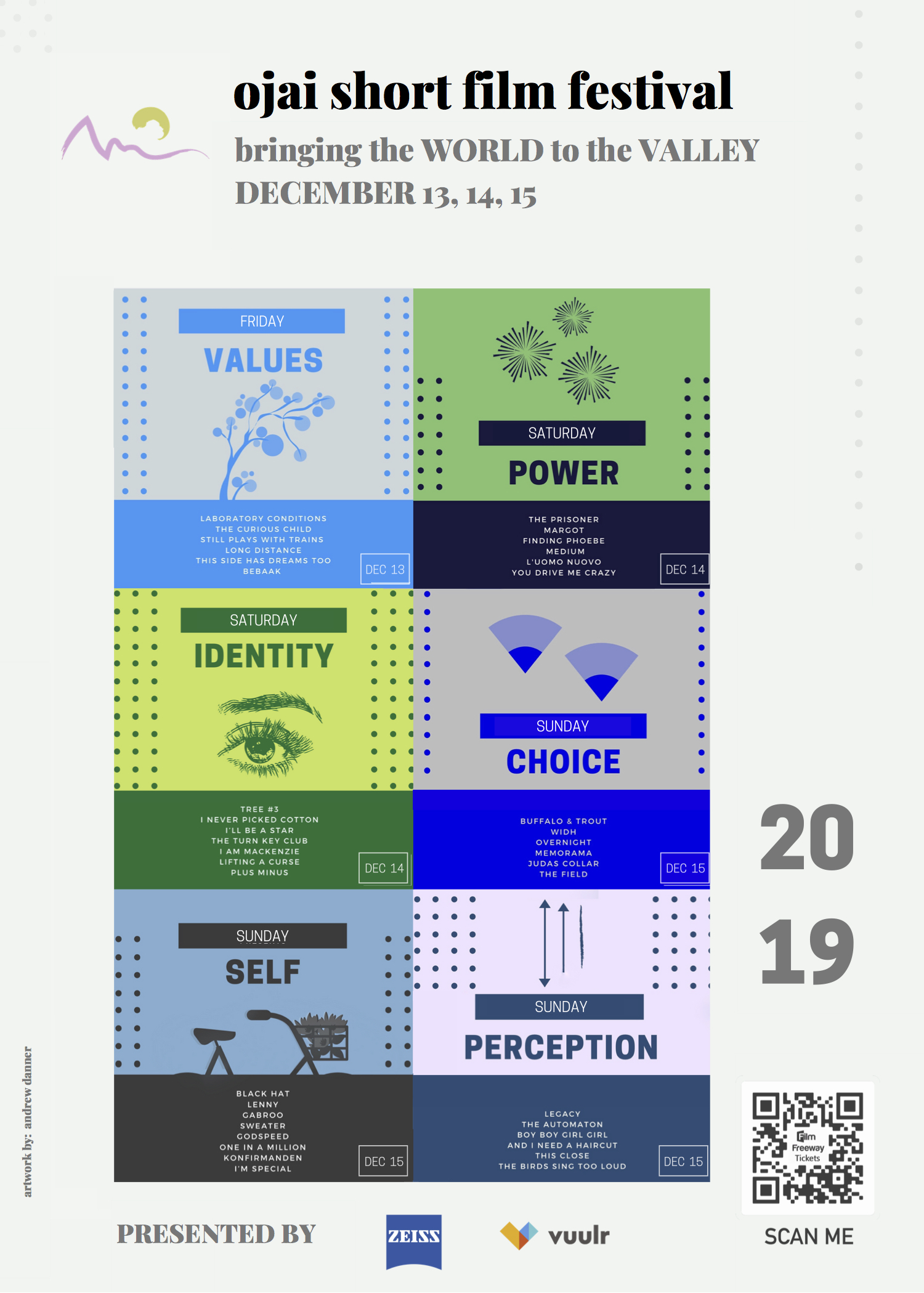 This is the 2nd annual Ojai Short Film Festival showcasing some of the finest short-form content from local communities and around the world, using the medium of cinema to foster and empower independent artists into the mainstream. Featuring films from the US, India, Kyrgyzstan, Australia, UK, Sierra Leone, Portugal, and Italy to films starring Oscar winners and nominees Marisa Tomei, Minnie Driver, Katie Holmes, Terry Rossio, and Ross Kauffman; and with spotlight on films from South Asia featuring celebrated Bollywood artists such as Nawazuddin Siddiqui, Divya Dutta, and Guneet Monga.