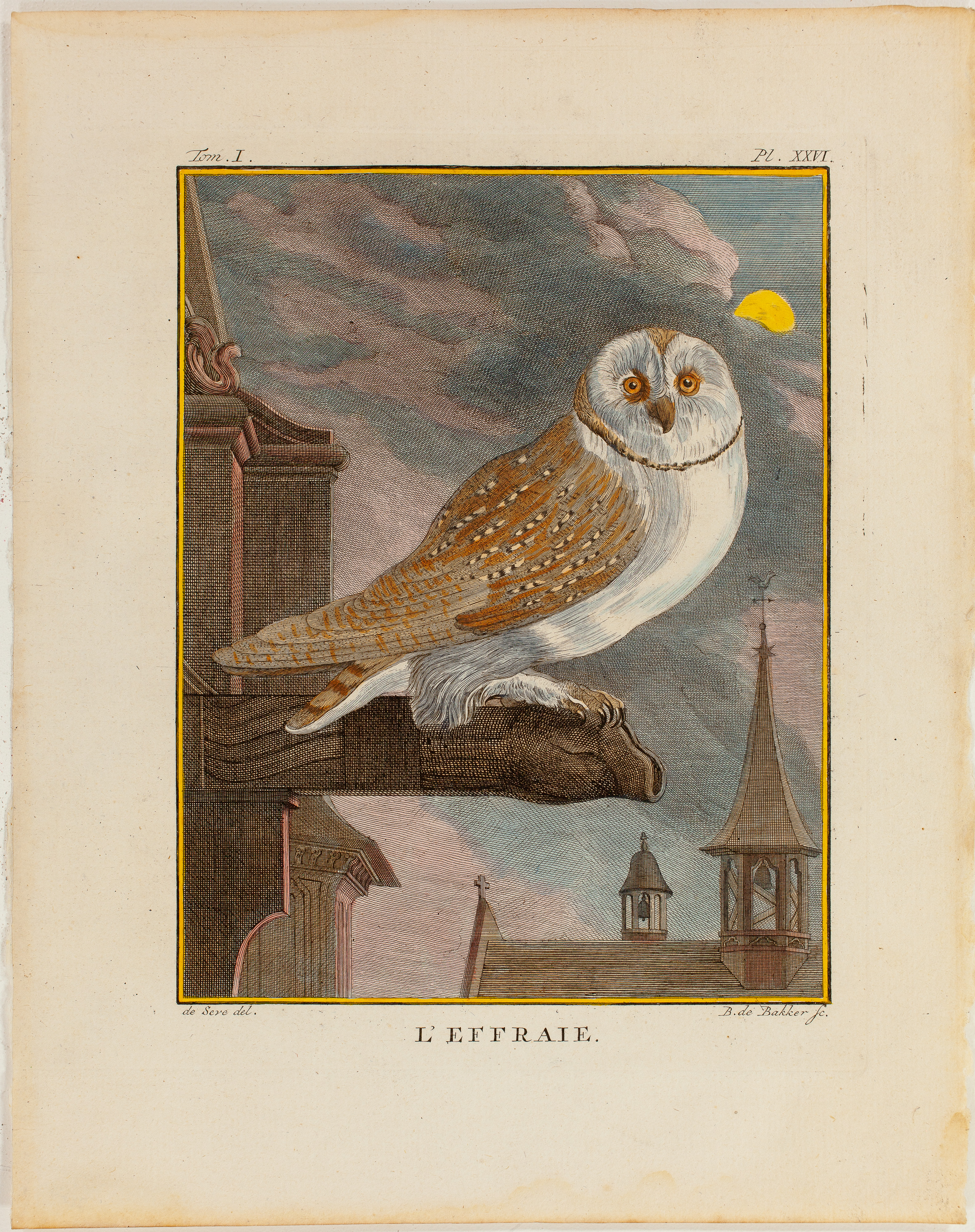 A Parliament of Owls: 300 Years of Owl Illustration opens to the public in the Santa Barbara Museum of Natural History‘s Maximus Gallery on October 7.

A group of owls is called a “parliament.” A captivating display of original antique prints will trace the history of illustration of the owl family in the new Maximus Gallery exhibit.

Instantly recognizable and widely occurring everywhere, owls have been popular subjects throughout the recorded history of many cultures. Prominent members of the avian family, owls have been thought to possess wisdom, a sense of mystery, and solitude. Their striking features lend themselves to a variety of interpretations. A skilled artist was able to manifest a bird’s special character—its form, markings and coloring, and even behavior—in a way that a verbal description alone could not.

The prints on exhibit will represent 300 years of illustration of owls by important French, English, German, Dutch, Italian, and American artists. From the majestic Great Horned and Snowy Owls to the smaller Short-eared, Burrowing, and Flammulated Owls, these images fascinate us with their range and diversity, from crude and eccentric to fully realized and naturalistic. Seeing them displayed together invites comparison of how they’ve been portrayed over the centuries.

A Parliament of Owls runs through February 5, 2023.

Exhibit included in admission and free for Members.