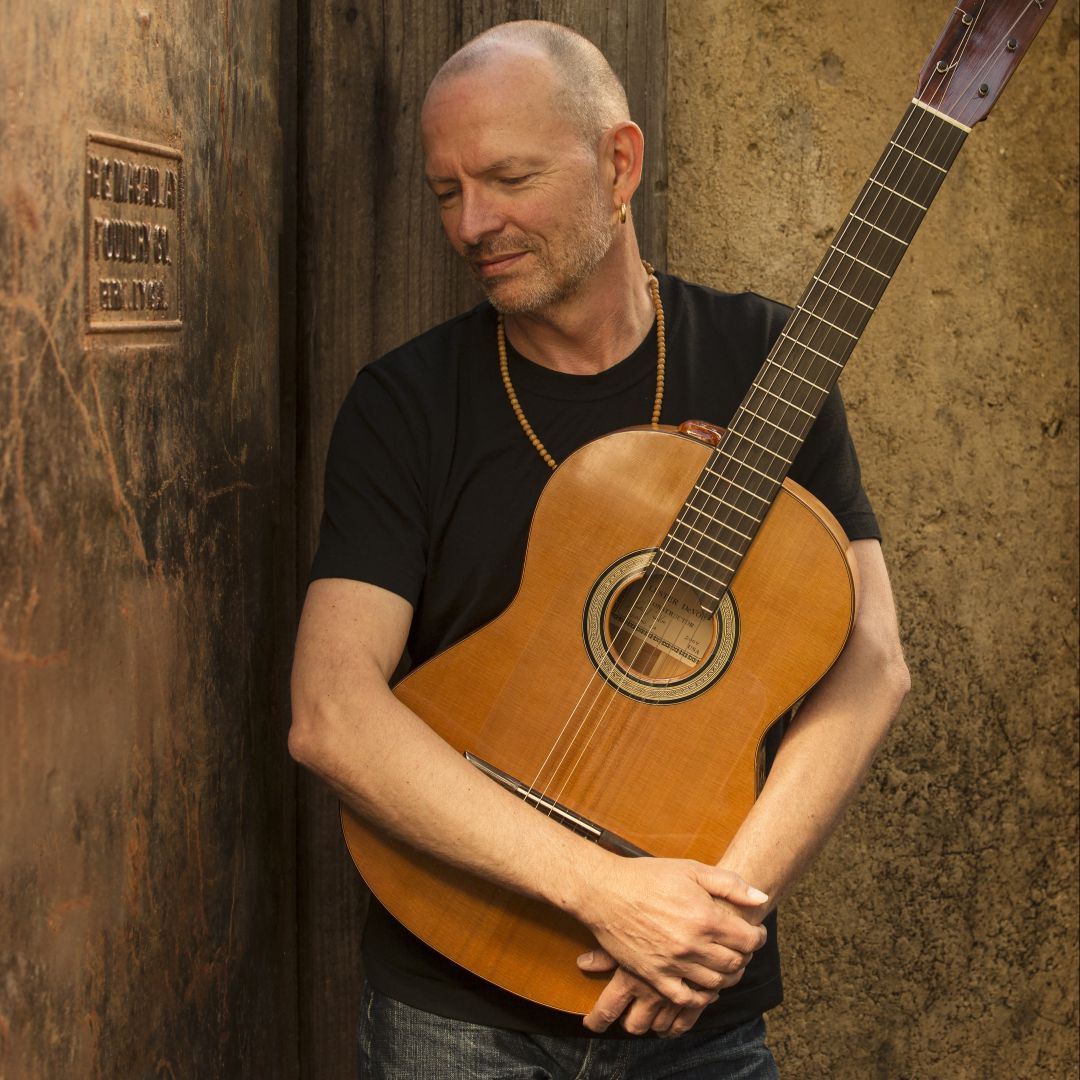 Ottmar Liebert’s global success can be attributed to a myriad of things, his creative vision, his determination, and a strong sense of melody. Born in Cologne, Germany, he began playing guitar at 11.

After pursuing his dreams of playing rock music in Boston, he settled in Santa Fe, New Mexico. Santa Fe was a fresh start for Liebert in many ways and in addition to returning to the acoustic guitar, he remained open to letting the place define the music he made.

It was this openness to the local landscape that defined what was to become his musical style, a mix of Spanish, Mexican and World elements, strong melodies tinged with a shade of melancholy, balanced with upbeat rhythms.

Liebert founded the first incarnation of his band, Luna Negra, in 1989. His debut album began as a self-produced release called Marita: Shadows and Storms, copies of which local Native American artist, Frank Howell, distributed in his art galleries.