A Young Actors Conservatory Production INTO THE WOODS 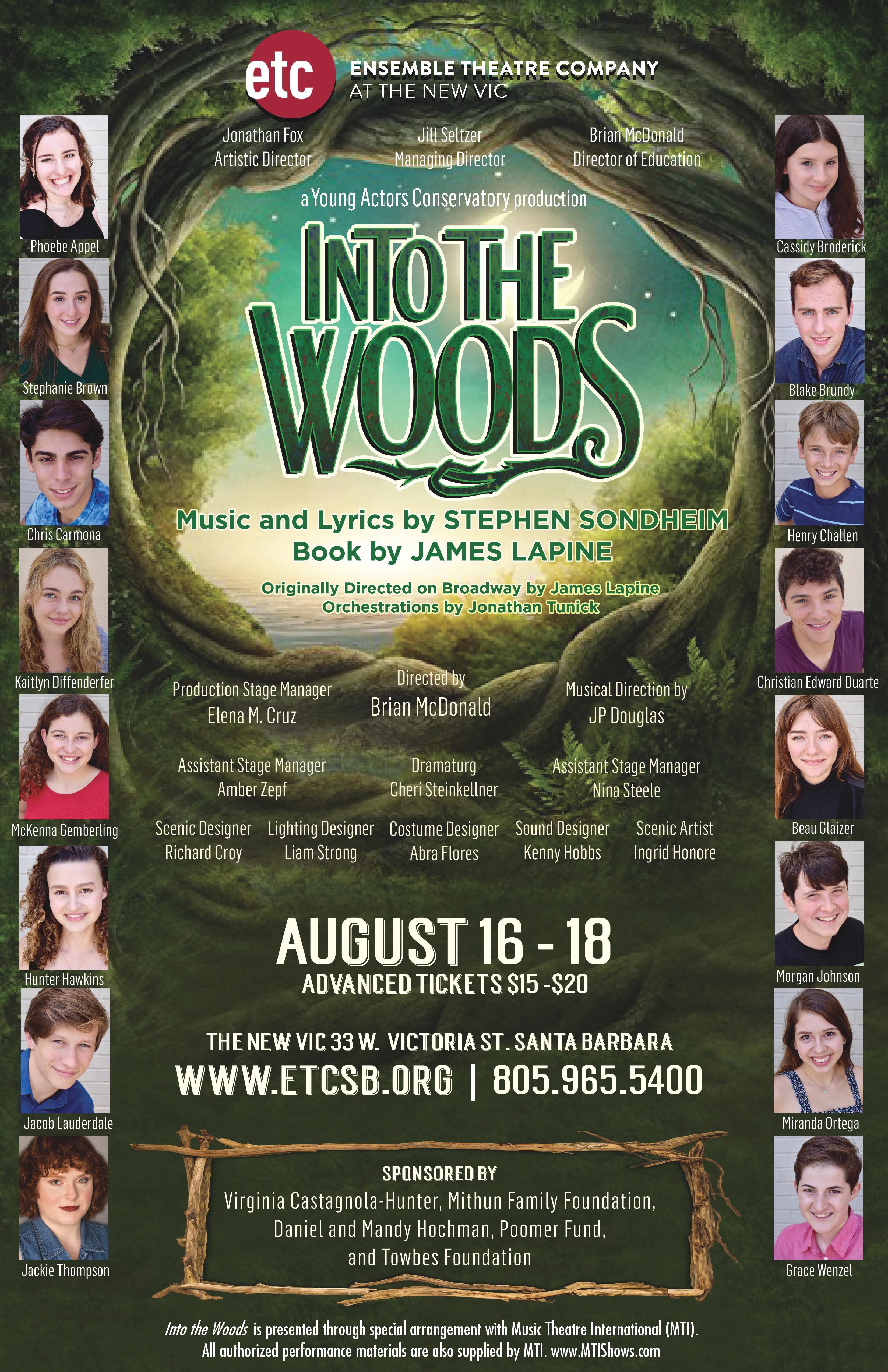 Everyone’s favorite Brother’s Grimm storybook characters come together for a timeless yet relevant piece and rare modern classic. With a TONY Award-winning book and score that are enchanting and touching, this Stephen Sondheim classic follows a Baker and his wife who wish to have a child, Cinderella who wishes to attend the King’s Festival, and Jack who wishes his cow would give milk. When the Baker and his wife learn that they cannot have a child because of a Witch’s curse, the two set off on a journey to break the curse. Everyone’s wish is granted, but the consequences of their actions return to haunt them later with disastrous results.