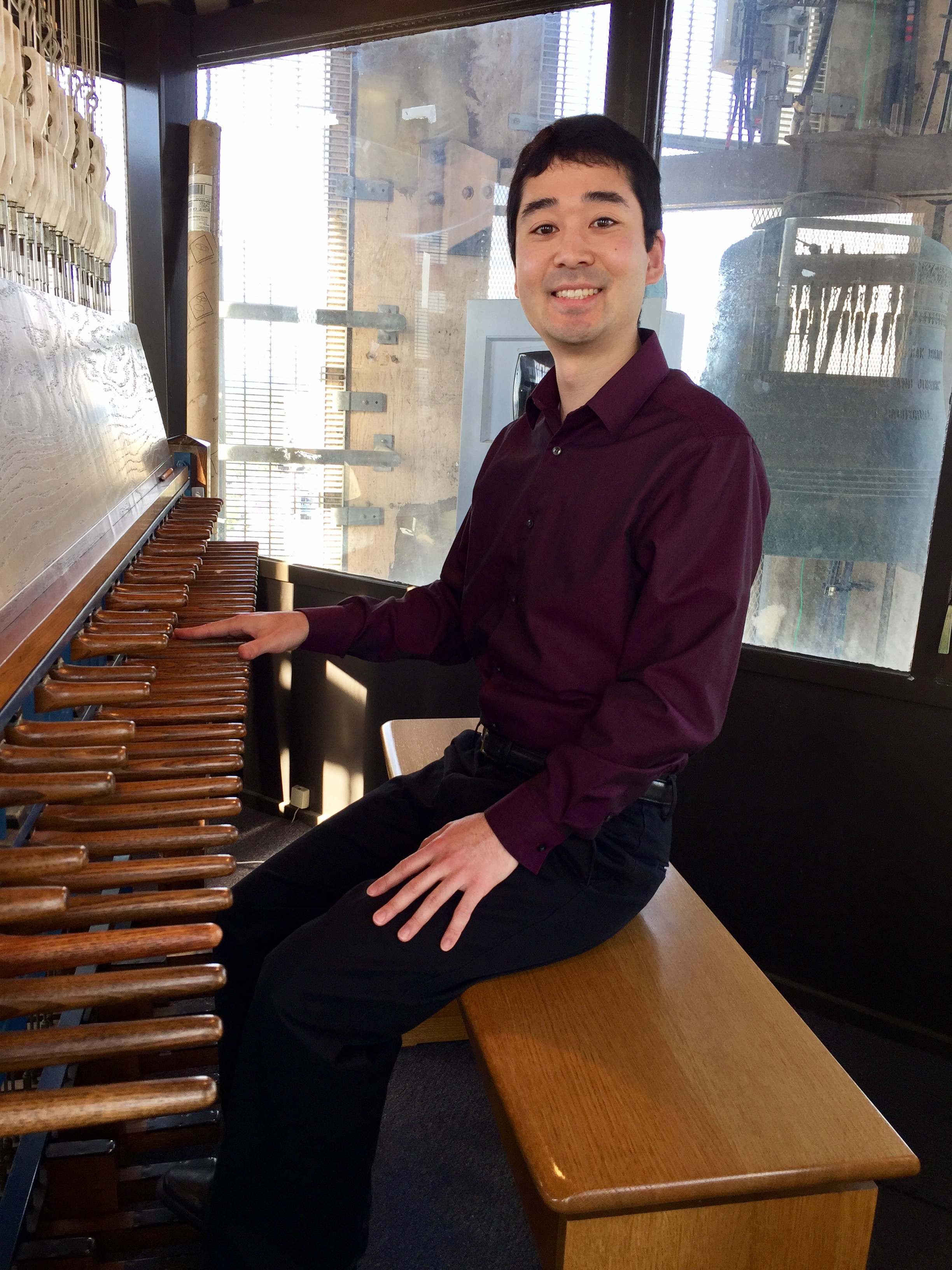 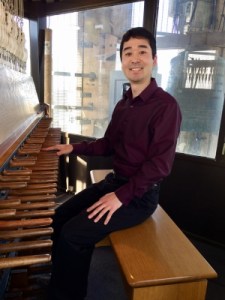 UC Santa Barbara University Carillonist Wesley Arai will present a recital from the carillon in UC Santa Barbara’s Storke Tower on Sunday, November 7, 2021, at 2 pm PT. Listeners are encouraged to bring a blanket or lawn chair to sit on the grass outside the tower during the recital.
This is a live, in-person event.

For those who cannot attend in person, this event will also be streamed live via the Department of Music’s YouTube channel at this link: youtu.be/NQ8RO-iHhMw

Wesley Arai was appointed Lecturer and University Carillonist at UCSB in 2018. He plays the 61-bell Storke Tower carillon regularly and teaches carillon to UCSB students. Arai studied carillon with Jeff Davis as an undergraduate student at the University of California, Berkeley, where he received BA degrees in Mathematics and Statistics. While earning an MA degree in Mathematics at UCLA, he continued to play the carillon and subsequently passed the Carillonneur examination of the Guild of Carillonneurs in North America. Arai then served as Associate Carillonist at the University of California, Berkeley. An active recitalist, Arai has performed extensively across the United States and abroad. In the past few months, he performed in Australia, gave the dedicatory recital for the carillon at the University of Washington, and performed at the Eighth Berkeley Carillon Festival and the 76th Congress of the Guild of Carillonneurs in North America. Arai is also an annual recitalist at the Cathedral of St. John the Evangelist in Spokane, Washington.

About the Storke Tower Carillon

UC Santa Barbara’s Storke Tower and its carillon were a gift from Thomas Storke, former publisher of the Santa Barbara News-Press. The instrument consists of 61 bells cast by Petit & Fritsen of the Netherlands, with the bells weighing from 18 pounds to 2.5 tons, and spanning five octaves. The UCSB carillon is a much larger modern copy of historical instruments that were invented approximately 500 years ago in the Low Countries of Europe. Tower bells had previously been used for signaling time and for additional signals such as “Close the City Gates”, “Go to church”, and “An enemy is coming.” Eventually, the number of bells was increased and were hooked up to a keyboard to facilitate the performance of music. A melody was often played to attract the attention of the townspeople before the hour bell tolled the time throughout the day. A carillon is played with the fists and feet, and the action is completely mechanical. To vary the dynamics of the music, the performer must strike the key harder or use a lighter touch, much like a piano. The UC Santa Barbara carillon celebrated its 50th birthday in 2019.
Previous Event Next Event