Add to Calendar Get Tickets - $8 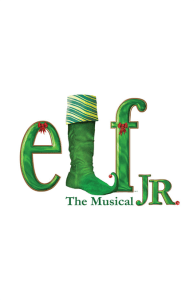 The story revolves around Buddy, a young orphan, who mistakenly crawled into Santa’s bag of gifts and is transported to the North Pole. The would-be elf is raised, unaware that he is actually a human, until his enormous size and poor toy-making abilities cause him to face the truth. With Santa’s permission, Buddy embarks on a journey to New York City to find his birth father and discover his true identity. Faced with the harsh reality that his father is on the naughty list and that his half-brother doesn’t even believe in Santa, Buddy is determined to win over his new family and help New York remember the true meaning of Christmas. This modern day holiday classic is sure to make everyone young performer embrace their inner elf. After all, the best way to spread Christmas Cheer is singing loud for all to hear. Come see Buddy the Elf’s adventures on December 11th and 12th in the Black Box!

“This year, our middle school team is going above and beyond for our production. Students are volunteering to paint, decorate, make costumes, and even choreograph some numbers. Their involvement and enthusiasm is contagious, and rehearsals are always festive and spirited. I’m sure the final product will be just as jolly–if not more so,” said Brittany Harter, Drama Teacher.