In-Person and Online: The Scientific Body of Knowledge 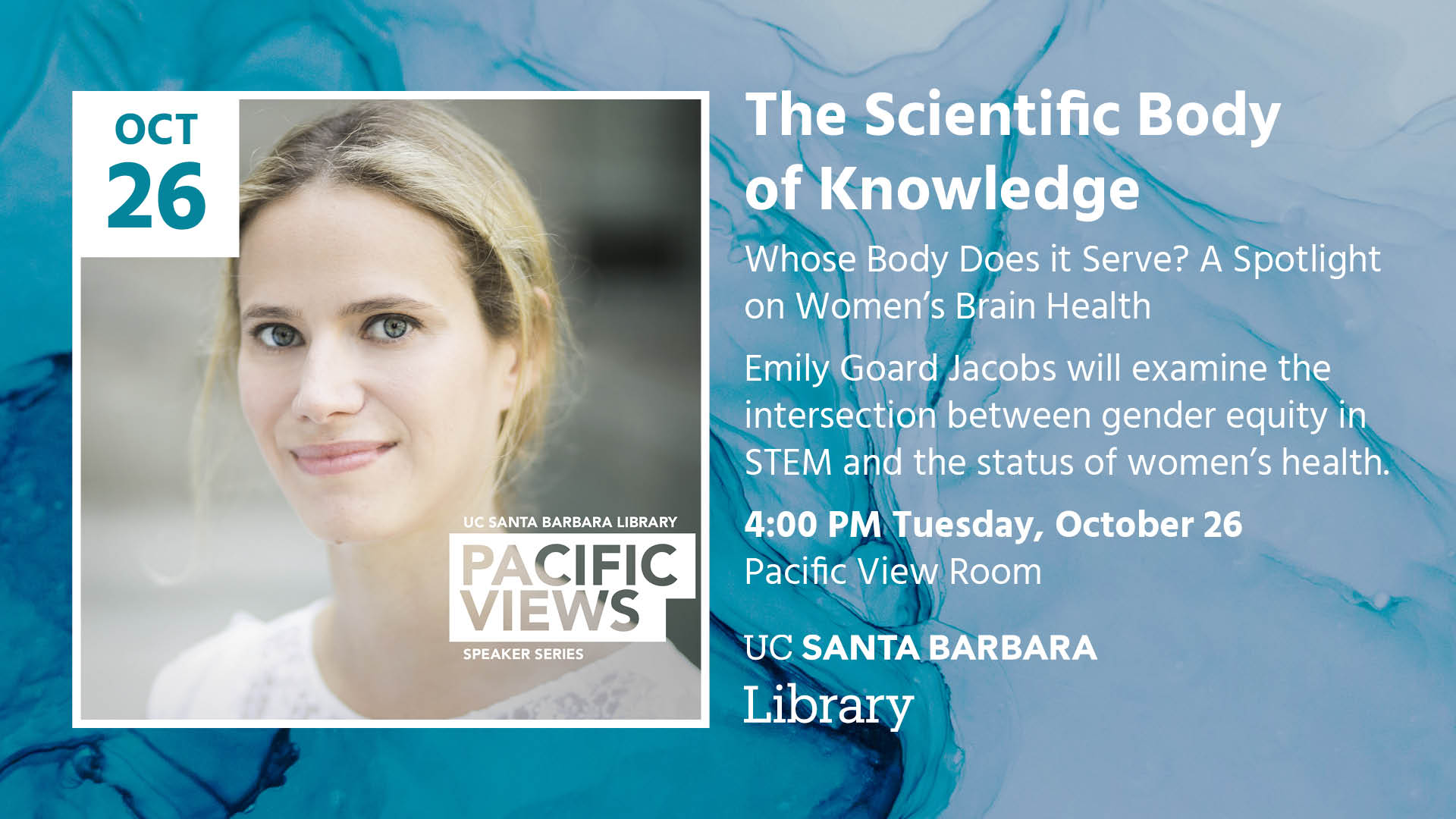 In Person AND Online

This event is free and open to the public. Please see campus COVID-19 guidelines here. If you are unable to attend in person, this event will be live-streamed on the UCSB Library Facebook page so you can watch along with us.

Since its inception, the biomedical sciences have centered the male body as the paragon of biology, often casting aside the female body as ‘unknowable’. Jacobs’ lecture considers the intersection between gender equity in STEM and the status of women’s health – not as concurrent phenomena, but connected ones.
She examines critical ways in which progress in women’s health has stalled from the lack of female representation in biomedicine, including neuroscience. She’ll end by highlighting emerging research programs, public policy changes, and private sector funding opportunities that position the female body as equal to the male, and by doing so are opening up new frontiers for understanding health and disease.