In-Person: Ritch Shydner and his show HISTORY OF COMEDY! 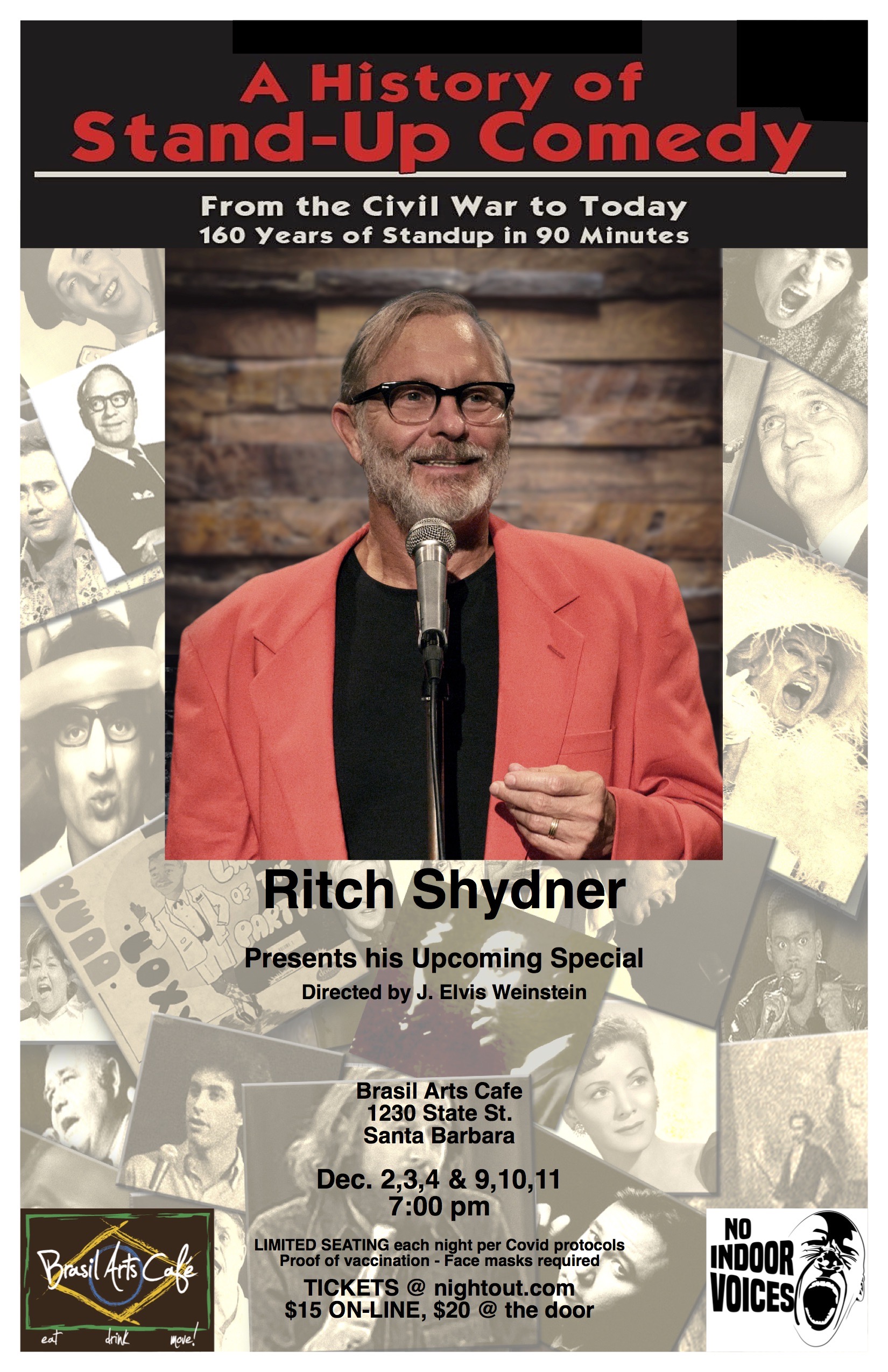 Kimmie Dee’s NO INDOOR VOICES Productions, in collaboration with Rick Siegel’s Marathon Entertainment, are thrilled to announce our POST-COVID COMEDY COMEBACK featuring the incomparable stand-up comedian, author, actor, historian Ritch Shydner and his new show, “HISTORY OF STAND-UP COMEDY,” directed by J. Elvis Weinstein, December 2, 3, 4, 9, 10, 11 at Brasil Arts Cafe: 1230 State Street, Santa Barbara, CA. For decades, Ritch Shydner has captivated the nation as one of the country’s finest comedians. His resume includes an HBO Special, multiple appearances on television including several spots on THE TONIGHT SHOW, LATE NIGHT, and a recurring role on “Married With Children” to name a few. He’s the subject of an award-winning documentary “I AM COMIC.”  Shydner’s accomplishments behind the scenes are equally impressive having written on multiple sitcoms, including ROSEANNE, THE JEFF FOXWORTHY SHOW, and he’s authored two memoirs about his life as a stand-up comic.

NO INDOOR VOICES has become the Go-To company for comedians to work out material for the cable viewing masses. As one of America’s premier historians of this unique art form, Shydner’s encyclopedic knowledge of stand-up comedy is unrelenting labor of love – from Twain to Chappelle and everyone in between, he’s got the stories and, lucky for us, want to share them … DON’T wait for cable! Experience history in the making LIVE AND IN PERSON over the next two weekends, Dec 2-4 and 7-11, 7 PM.

Over ninety minutes you’ll be transported to the Wild West, the Vaudeville Circuit, early radio, television, and every story peppered with Ritch’s signature humor. Whether your favorite comic is Sarah Silverman or Will Rogers, Bob Hope, Jack Benny, or Tiffany Haddish, this show is for you!