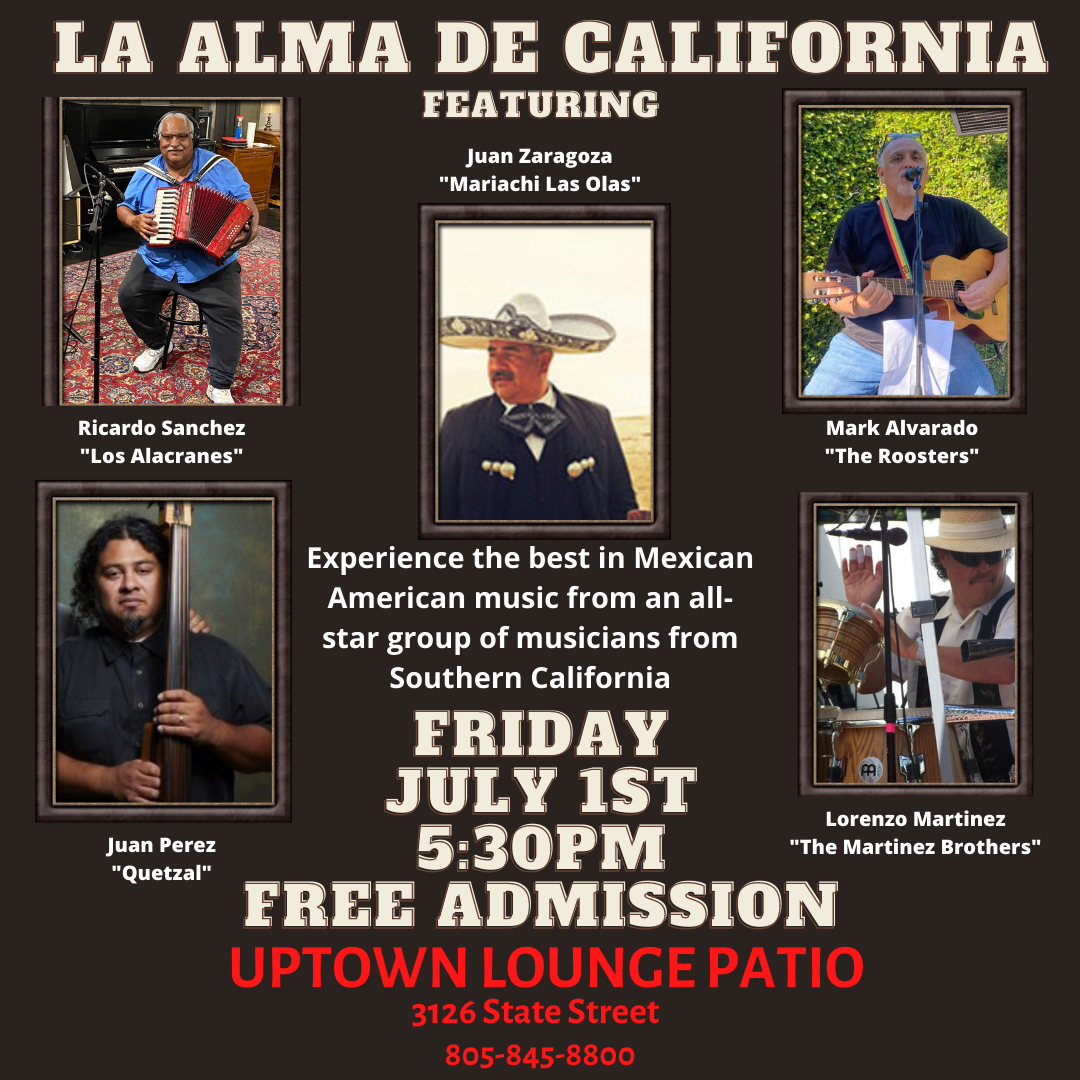 The modern sounds of Mexican American music will be performed by a stellar line up of musicians from throughout Southern California.

La Alma De California features Ricardo Sanchez on vocals, guitar, rinquinto and accordion. He is one of the founding members of San Diego’s top Chicano folk group Los Alacranes. Along with his brother, Ramon “Chunky” Sanchez developed a deep following after supporting Cesar Chavez at the height of the United Farm Workers Movement.

The group also features bassist Juan Perez of the 2012 Grammy award winning group Quetzal. Hailing from East LA, Perez has traveled worldwide spreading the Chicano folk rock movement that has taken him to the Kennedy Center in Washington DC.

Percussionist and Santa Barbara native Lorenzo Martinez also joins the group with his steep knowledge of Mexican and Latino rhythms. Following in the footsteps of his legendary father Lorenzo Martinez Sr, he and his brothers have become staples throughout the Central Coast for performing the best in Latin Jazz and traditional Mexican music.

Local Chicano singer and songwriter Mark Alvarado will join in on lead vocals and guitar. Alvarado is one of the original Mexican Americans to develop Reggae music in California over 30 years ago. He went on to establish himself in El Paso, Texas by leading the Border Roots Movement that featured a collective of jazz and tejano musicians. Over the last 10 years , he’s been leading the Roosters in Santa Barbara featuring former Los Lobos drummer Cougar Estrada. Rounding out the group is Juan Zaragoza on guitar. The multi-instrumentalist is the founder and leader of Santa Barbara’s Mariachi Las Olas. Zaragoza is a ethnomusicologist and will anchor the show with his knowledge and dedication to the sounds of Modern Mexico.