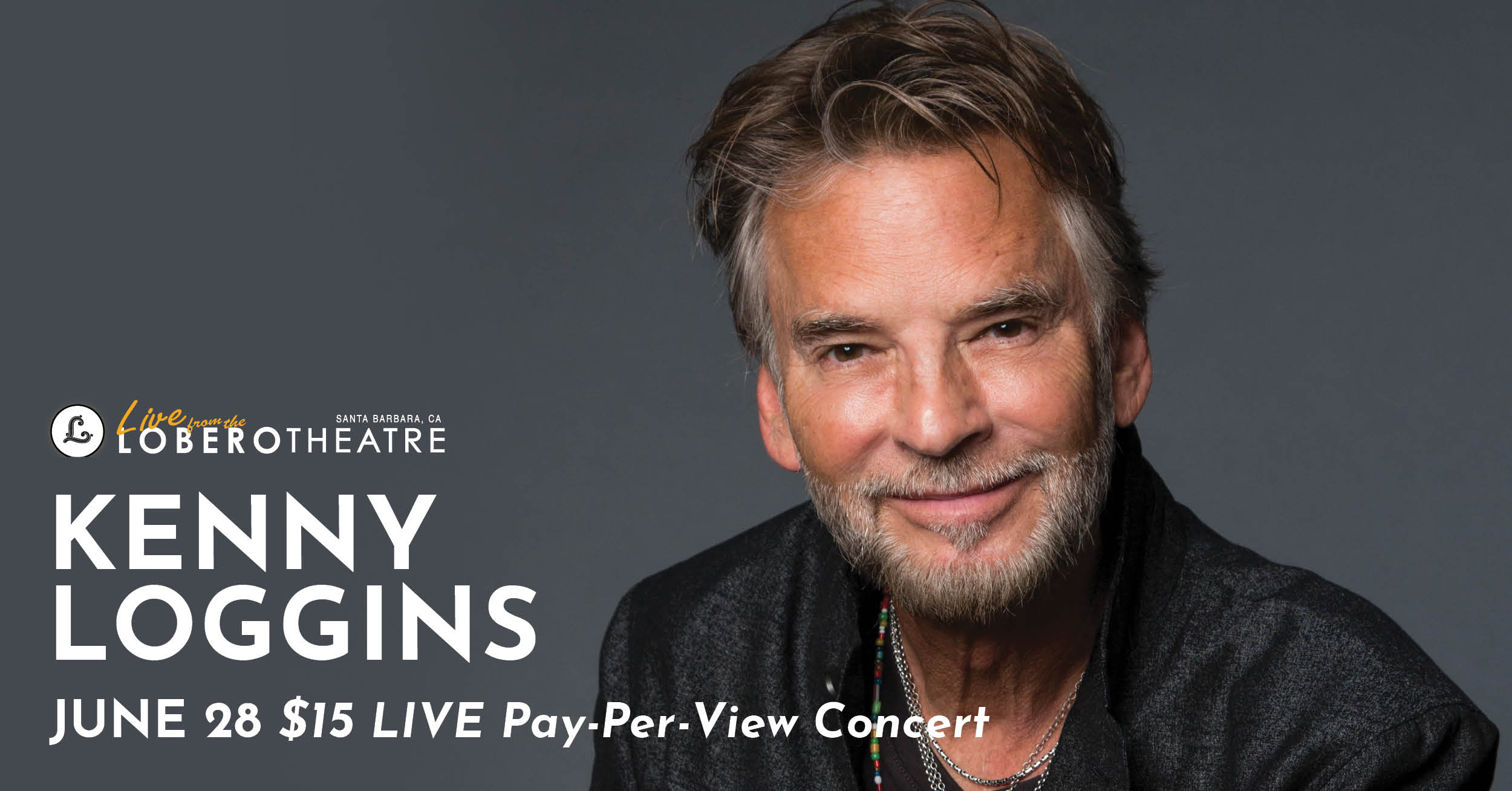 Kenny Loggins will bring his big heart, and considerable inventory of hits to support the Lobero, in the intimacy of this empty, historic hall.

The Lobero Theatre is trying to save itself, and perhaps live music in the process. The theatre is launching a specially-priced live, pay-per-view concert series, beginning with Kenny Loggins performing an “unplugged” concert on Sunday, June 28 from The Lobero’s historic stage. The performance will take place without an audience, with strict safety and sanitation protocols in place.

The Lobero Theatre is one of the oldest theaters in the country. For almost 150 years, the Lobero has featured some of the world’s greatest artists. Since closing its doors to limit the spread of COVID-19, the theater has lost over $1 million in critical earned income. Like every theater, nightclub, and performing arts center in America, The Lobero faces an uncertain future. When ultimately allowed to reopen, The Lobero and others will need to survive with reduced occupancy, in order to safely social distance. A great many venues are likely to disappear, before ever getting back to live audiences …

Pay-Per-View tickets $15 each. If you can’t watch live on June 28 your Pay-Per-View ticket link will allow you to view the concert anytime until Wednesday, July 1. All proceeds help to support live music at the Lobero Theatre and NIVA, the National Independent Venue Association. PPV tickets go on sale Thursday, June 18, for the show on June 28th at 7 PM PST. If you’re in a different time zone, or unavailable for the Live Stream, as long as you purchase your ticket in advance, you can view the concert anytime within 3 days prior to the broadcast. Those who are able to make a donation to support the ongoing health of this live music experience at the Lobero Theatre and others around the country are welcome to contribute more when they purchase their tickets.

Over the last four decades, Kenny Loggins has sold more than 25 million albums worldwide and has won two Grammy Awards. His songs have left his musical imprint on “the soundtrack of our lives,” with chart-topping hits including “This Is It,” “I’m Alright,” “Footloose,” “Danger Zone,” and so many more. In addition to his string of successful recordings, both solo and as a member of the famed duo Loggins & Messina, Loggins became the first major rock star to dedicate himself to recording music for children and families. His album Return to Pooh Corner remains the best-selling children’s album of the last 20 years. Kenny was a recent recipient of the ASCAP Harry Chapin Humanitarian Award and the Guild of Music Supervisor’s first-ever Icon Award for his outstanding achievements in film, television, and soundtracks. Loggins regularly lends his musical talent and generous heart to support youth-based programs like Make a Wish, Toys for Tots, Teddy Bear Cancer Foundation, and Little Kids Rock. In 2016, he was honored with a Humanitarian of the Year Award from Little Kids Rock for his extensive commitment to children’s causes.