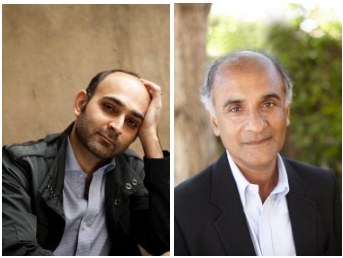 Add to Calendar Get Tickets - $10, FREE for UCSB Students

Known for his ingeniously crafted literary works, the Pakistan-born novelist Mohsin Hamid has quickly emerged as a clarion voice of his generation. The internationally bestselling author of The Reluctant Fundamentalist, How to Get Filthy Rich in Rising Asia and Moth Smoke, he takes on ethnic identity, class disparity and mass-urbanization in his bold, inventive work. He is the winner of the Betty Trask Award, a Pen/Hemingway Award finalist and has been twice shortlisted for the Man Booker Prize, most recently for Exit West.

This conversation with Pico Iyer will be followed by a moderated Q&A.