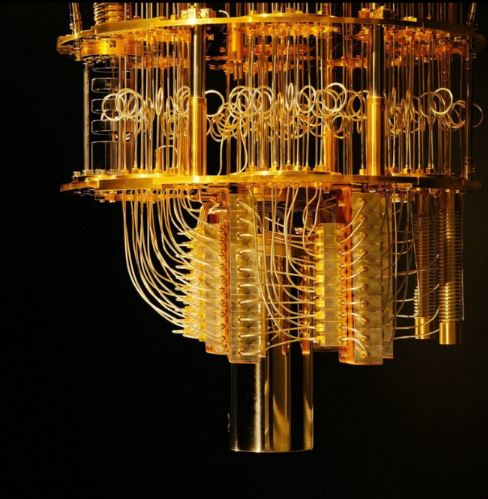 Quantum computing will drive the next significant human revolution making possible extraordinarily complex system modeling of the previously incomprehensible. This will lead to unprecedented leaps forward in nearly every field, from medical research to how the universe is understood.

The scientists leading this revolution are your neighbors, right here, in Santa Barbara.

The panelists will discuss, for both scientists and the general public, how quantum computing will change the world and what specifically their work will focus on in the coming five years.

Come learn what the future holds!

Tickets are available at Eventbrite for $20 with all proceeds contributing to future Santa Barbara Startup Circle events.

John Martinis pioneered research on superconducting quantum-bits as a graduate student at U.C. Berkeley. He has worked at CEA France, NIST Boulder, and UC Santa Barbara. Since 2002 his research effort has focused on building a quantum computer using Josephson junctions. In 2010, he was awarded with collaborator Andrew Cleland the “Science breakthrough of the year.”  In 2014, he was awarded the London Prize for low-temperature physics research on superconducting qubits and joined the Google quantum-AI team.  He now heads their effort to build a useful quantum computer.

Leon Balents is a theoretical physicist known for his work on the quantum physics of materials. He was born in Somerville, New Jersey, and graduated from the Massachusetts Institute of Technology with bachelor’s degrees in physics and mathematics, and received his PhD in physics from Harvard University in 1994.  After postdoctoral training, he became a member of technical staff at Bell Laboratories, and subsequently joined the faculty at University of California Santa Barbara in 1999, where he is now a permanent member of the Kavli Institute of Theoretical Physics, and the Yzurdiaga Chair of Theoretical Physics.  He is co-director of the Canadian Institute for Advanced Study’s Quantum Materials program, a fellow of the American Physical Society, and a member of the American Academy of Arts and Sciences, and member of the National Academy of Sciences.

Ania Bleszynski Jayich is a professor of physics at the University of California Santa Barbara and co-director of UCSB’s Quantum Foundry. Her research interests include quantum assisted sensing and imaging on the nanoscale, diamond optomechanics, and hybrid quantum systems for sensing and quantum information. She is developing a novel diamond-based scanning probe magnetometer that aims to achieve single spin sensitivity with nm scale spatial resolution, with an eye towards nanoscale magnetic resonance imaging of biological systems and novel materials for classical and quantum computing. Ania received her PhD in physics from Harvard in 2006 and a B.S. in physics and mathematical and computational science from Stanford in 2000. Her postdoc was split between Harvard and Yale. She currently holds the Bruker Endowed Chair for Science and Engineering at UCSB. She is also the recipient of the Presidential Early Career Award for Scientists and Engineers, the Air Force Office of Scientific Research Young Investigator Award, and an NSF Career award.

Dr Wang was born in Tsingtao, China and received his Ph.D in mathematics from UCSD in 1993. Professor of Mathematics at UCSB since 2012 (on indefinite leave) and a Distinguished Visiting Research Chair at Perimeter Institute for Theoretical Physics since 2013.  Dr. Wang has been a researcher at Station Q since 2005.  His main interests are quantum mathematics, theoretical models of topological phases of matter, and their application to quantum physics and quantum computing.

Good Space was founded by Mika Silverman, a local resident, San Marcos High School graduate and UCSB Physics graduate. After over a decade of extensive travel as a Global IT Consultant , Mika returned home to create a local community like the ones she fostered internationally executing large scale IT projects. The inspiration behind Good Space is Mika’s belief that the combination of good people and good space, yields good work.  “It is amazing what people can accomplish when surrounded by a supportive community and good space.”

Cinamaker is the multi-camera video app that lets you record, edit, and live stream like a pro. Using your iPad to control up to 4 iPhones and/or digital cameras, download Cinamaker for free today from the App Store or go to cinamaker.com.