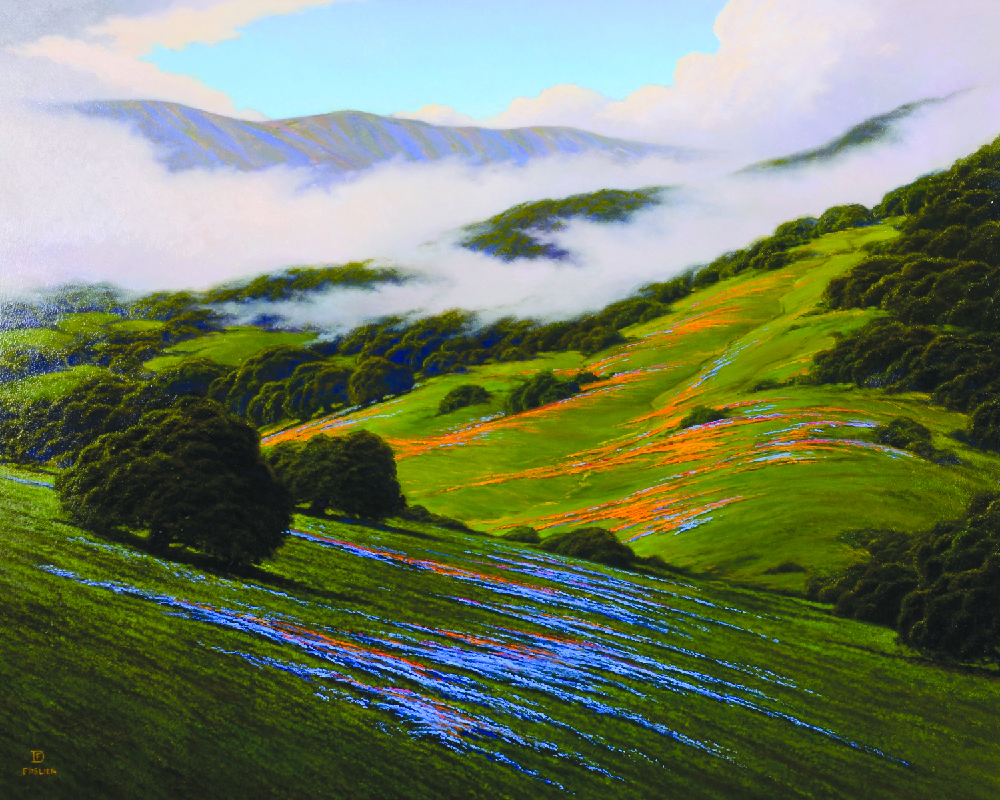 Every Solvang 3rd Wednesday throughout the Summer, Solvang Antiques will feature a different artist with a champagne reception from 2-6 pm and the store will be open from 10am to 6pm. Foslien’s work will remain on special display until August 18.

Dirk Foslien is widely collected for his local landscapes, including fields of poppies and oak trees. He is trained in the techniques of the Old Masters, demonstrating his passion for figurative works and skills learned while studying at the Muse Academy in Baltimore, MD.

Foslien became interested in art early through the influence of his artist father and his teachers who encouraged him to pursue art. Studying the graphic arts and three-dimensional design in college gave him the good foundation and technicalities necessary to create art from concept to finished works.

Following his college studies, he worked as a production artist and graphic illustrator in the aerospace industry at McDonnell Douglas Aircraft Company. After working six years in commercial graphics, he decided his calling was truly in the fine art field.

Both his still life and landscape renderings incorporate expressiveness that Dirk feels is Spirit driven. His creativity reflects his faith in Christ, evident in the respect for God’s beautiful creation and gifts.