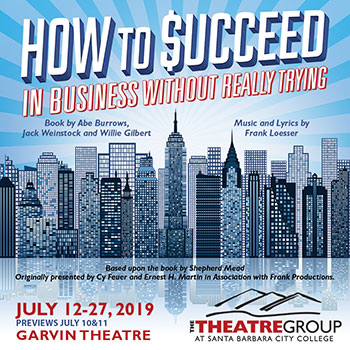 The Theatre Group at SBCC opens the 2019-20 season with the lively musical HOW TO SUCCEED IN BUSINESS WITHOUT REALLY TRYING, July 10-27, 2019, in the Garvin Theatre.  Book by Abe Burrows, Jack Weinstock and Willie Gilbert, Music and Lyrics by Frank Loesser.