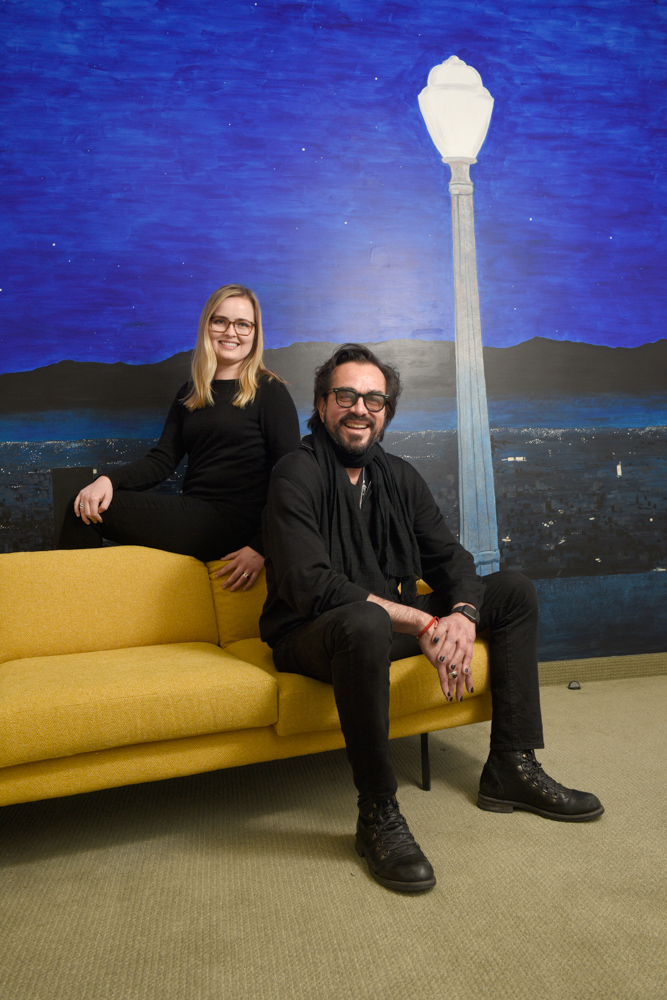 The Roger Durling era at the Santa Barbara International Film Festival — 16 years, with ink now drying on his contract to stay for another five ​— ​has started a new chapter. The modern festival’s origin story, in which Durling and company rescheduled the event to coincide with the Academy Awards nominations, thus tapping into the flood of marketing muscle and cinematic talent chasing the Oscars, definitely still applies, but it’s become backstory, a legend about how our annual screen bonanza acquired its considerable mojo. What’s happening with the organization now may be more subtle, but it is just as revolutionary. What was once a steady build-up of anticipation that found release for 11 days in January is now a full-blown, year-round proposition. As of 2020, the Santa Barbara International Film Festival never really stops.

Beginning in the 2000s, an astute link between its visible role in the Oscars race and an increasingly prestigious international program of independent films made the SBIFF prosperous. High-end sponsors such as this year’s crop, which includes Patagonia, UGG, Sephora, Netflix, and Belvedere Vodka, flocked to the lounges at the Arlington and the Lobero, as they continue to do, eager to tap into the buzz that crackles around red carpet tributes and afterparties for Oscar-nominated stars like Brad Pitt and Scarlett Johansson. The price of a top-tier, all-access Concierge Pass eventually hit an eye-watering five grand. Clearly, considerable resources were becoming available, but where would it all go?

The short and glorious answer is into film education. As Durling told me in December, “Everything we do now is with an educational mission, even the festival.” As of 2020, the SBIFF has developed a strikingly large repertoire of 14 distinct educational programs that, taken together, thoroughly transcend the expectations ordinarily associated with outreach. It’s not a film school ​— ​yet ​— ​but things are getting awfully close. Call it the University of Durling; wherever Roger goes, educational programs are sure to follow. It’s a passion for him, and it’s also a privilege for the organization, one that only became possible through increased continuity of employment for the staff.

As we toured the SBIFF’s new facility on State Street, which is called the Barbakow Family Center for Film Studies, Durling said, “the success of the organization has allowed us to give people full-time, year-round jobs, and that changes everything. I always envisioned this,” he continued, “but in the beginning, there was no way to know if it would ever happen, if it could be sustainable.” When he first told the staff, many of whom had survived for years by working other jobs in the festival’s off season, “people reacted with total joy.” As anyone who has ever pursued their life’s passion while trying to make ends meet in Santa Barbara will tell you, there are things worth more than money, and one of them is full-time, year-round employment in your chosen creative field.

Continuity among the staff is part of what allowed the festival to spread geographically, keeping their old office on Chapala Street while opening the new Barbakow Family Center for Film Studies on State and Sola streets. Add to that the beautifully renovated Riviera Theatre, which the festival operates as a state-of-the-art, 21st-century art house, and you have the makings of a multifaceted motion picture empire. The Riviera sports the most comfortable seats and the highest-quality sound and projection system in the world.

When the documentary Aquarela was released in August 2019, the Riviera was one of only a handful of venues in the country able to show the film at its unusual, technologically advanced running speed of 96 frames per second. An ideal place to welcome guests to the popular Cinema Society screenings, the space allows Durling to host the actors, writers, and directors behind the year’s biggest films, often before their pictures have been released. They answer questions, pose for photos, and bask in the adulation of the film buffs who make this weekend morning gathering one of Santa Barbara’s worst-kept secrets.

Inspired by his early exposure to New York’s Film Society of Lincoln Center, Durling set out to create a West Coast equivalent, and he has in many ways done Lincoln Center one better. In a theater much less than half the size, the Santa Barbara Cinema Society consistently attracts the artists and the movies that will go down in the film history books as the major releases of the year. Among the works recently featured with question and answer periods were Uncut Gems, with Adam Sandler present, and Bombshell, which director Jay Roach had not seen with an audience until he watched it here. Past guests include directors Peter Farrelly and Darren Aronofsky, among many others. “Everybody seems to like it,” Durling said with a hint of a smile.

Other programs at the Riviera cater to people with different needs. One of SBIFF Education Coordinator Claire Waterhouse’s favorites is Silver Screenings, an experience for transit-dependent elderly residents of Santa Barbara that, thanks to partner Easy Lift Transportation and sponsors the Mosher Foundation and Senior Programs of Santa Barbara, is completely free of charge. Once a month, a group of seniors is picked up and taken to the Riviera, where the tickets and refreshments are free, and the films are first-run and first-rate. Durling points out that “most of the time, we can’t use the venue much before five because of parking restrictions, but this we can do.”

The 10-10-10 student program is probably the best known of all the festival’s educational programs. In this screenwriting and filmmaking mentorship and competition program, 10 writers work with 10 directors to make 10 films. High school and college students are both eligible to apply, and the program not only provides mentors for the production period but also screens the films during the festival and provides a thrilling reveal ceremony for the winners. Santa Barbara High School graduate Julia Kupiec, who participated in 10-10-10 in 2015, went on to New York University as a film student and is back this year as an entrant in the main festival with her short film Not for Sale, which will screen at the Arlington on Sunday, January 19, as part of the Live Action Shorts segment. Kupiec is multitalented. Musical theater fans may remember her star turn as the title character in Out of the Box Theater’s 2013 production of Carrie when she was still a teenager. Seeing her return from New York with a degree and a movie in the fest is the kind of progress that keeps Durling perennially excited about 10-10-10, which he originally envisioned as a way to show young people that while the world of film making can seem so out of reach, it is far from unattainable.

Another figure without whom the story of the SBIFF and education would not be complete is Santa Barbara City College professor of film Nico Maestu. He created the curriculum that now drives both his original film festival course at SBCC, FS108, and the festival’s more recent national Film Studies Program that’s sponsored by Lynda Weinman, Bruce Heavin, and Netflix. SBCC students have two chances to learn about film by attending a festival, one in the fall when Maestu takes them to the AFI Fest in Hollywood, and the other here in January, when a small group of lucky students gets to attend the entire SBIFF, along with classes taught by Maestu and loads of meet and greets with filmmakers from around the world.

The newer Film Studies Program extends this offer to qualified undergraduate students from all over the United States. Accepted students from outside Santa Barbara County receive complimentary priority access to the festival, along with three nights of accommodations and a substantial travel stipend. This program is clearly one of Durling’s favorite new projects. His face lights up when he talks about what happens to a young person from West Virginia or Montana who arrives in Santa Barbara, checks into the Hilton, and hits the red carpet ​— ​or at least a spot nearby.
There are so many more educational programs associated with the festival now that it would take another article as long as this one to describe them all. Rosebud offers 10 college students from within Santa Barbara County access to the Cinema Society screenings for the entire fall season, with small group discussions on film analysis provided by Durling. Mike’s Field Trip brings nearly 5,000 4th, 5th, and 6th graders, many of them from the North County, to two special screenings that take place during the festival.

Through a partnership with Youth CineMedia, the festival offers instruction in filmmaking to diverse children from urban and rural backgrounds. In collaboration with the United Boys & Girls Clubs, Film Camp does the same thing for kids at Camp Whittier during the summer.

These programs are all made possible by the way that the core festival has caught on and come into its own. Perhaps the most valuable lesson learned through all this activity is a simple one. They say, “Build it and they will come,” and for the SBIFF, that’s proven true, but what’s the next step? How about “Make it thrive and they will learn.”