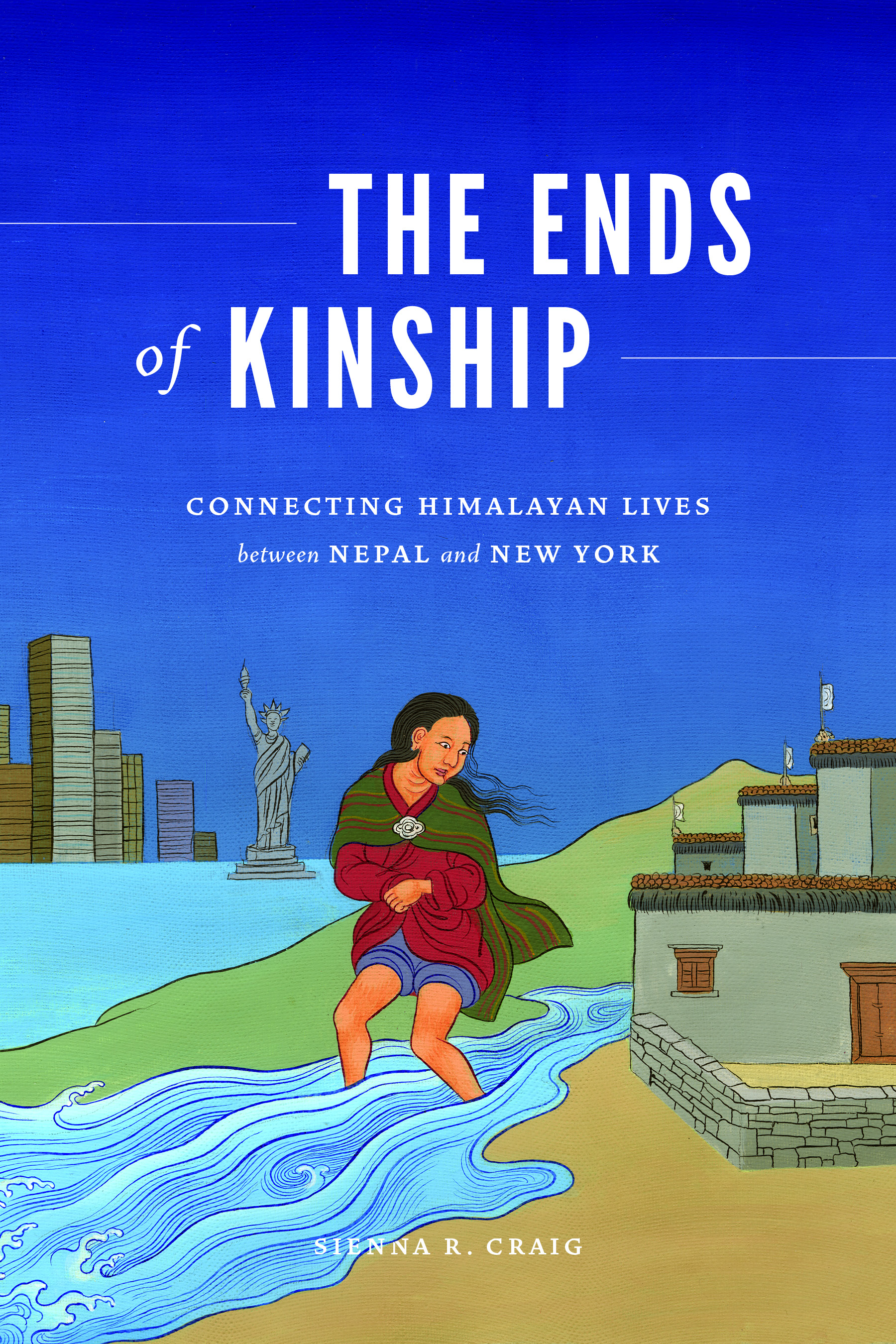 THE ENDS OF KINSHIP: CONNECTING HIMALAYAN LIVES between NEPAL and NEW YORK

*Please note that this is an online event.

“Ends of Kinship… explores dynamics of migration and social change between Nepal and New York City. It asks how individuals, families, and communities care for each other and carve out spaces of belonging from high mountain villages in the Himalayan region of Mustang, on the border with Tibet, to the boroughs of Brooklyn and Queens. Drawing on more than two decades of fieldwork with people in and from Mustang, this ethnography engages with foundational questions in cultural anthropology: What makes and sustains kinship? What does education prepare us for? How are traditions governing birth, death, marriage, and moral economies defended and transformed? How do different generations abide with and understand each other? The Tibetan Buddhist notion of khora encompasses cyclic existence as well as the daily act of circumambulating the sacred in order to make and remake oneself. Sienna Craig draws on this concept to think about cycles of mobility and patterns of world-making between Nepal and New York. Stylistically, Ends of Kinship contributes to experiments in ethnographic writing. Its core chapters are written as teachable and publicly accessible literary ethnography. Between the chapters sit short stories that present a sense of some of the most difficult aspects of migration while respecting the privacy of the author’s informants. Line drawings by Tibetan thangka artist Tenzin Norbu illustrate the contrasting worlds in which Mustangis now encounter the central life experiences addressed in each chapter”–

Sienna R. Craig is associate professor of anthropology at Dartmouth College and author of Healing Elements: Efficacy and the Social Ecologies of Tibetan Medicine. Her latest book, The Ends of Kinship: Connecting Himalayan Lives between Nepal and New York, is available now.

Sameer Pandya is the author of the novel Members Only and the story collection The Blind Writer, which was long listed for the PEN/Open Book Award. He is also the recipient of the PEN/Civitella Fellowship. His fiction, commentary, and cultural criticism has appeared in a range of publications, including the Atlantic, Salon, Sports Illustrated, ESPN, and Narrative Magazine. He is an Assistant Professor in the Department of Asian American Studies at the University of California, Santa Barbara.