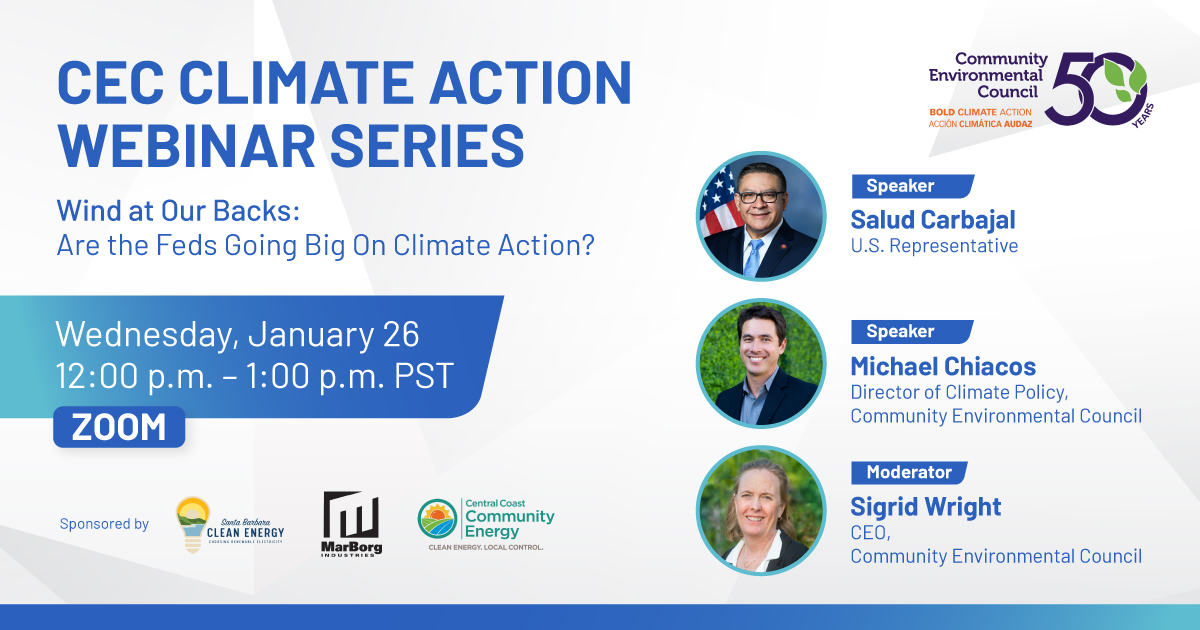 Join the Community Environmental Council for their Wind at Our Backs – Are the Feds Going Big On Climate Action? webinar. Over the last decade, Central Coast local governments and the state of California generally have made solid progress on climate action, while the Federal government has been at an impasse.

President Biden and a slim Democratic congressional majority have promised investments that suggest an ambitious path forward, but can they deliver? A recently signed bipartisan infrastructure bill offers $80 billion to advance the clean energy transition and fight climate change. A second bill – Build Back Better – could result in a transformative investment in climate action, but its passage is uncertain.

Join longtime climate champion U.S. Representative Salud Carbajal to hear an inside perspective on federal climate ambitions, what’s in the two bills, and how we move forward. Register now!