9/11 – 20th Year Anniversary Remembrance Ceremony – “We Will Not Forget” 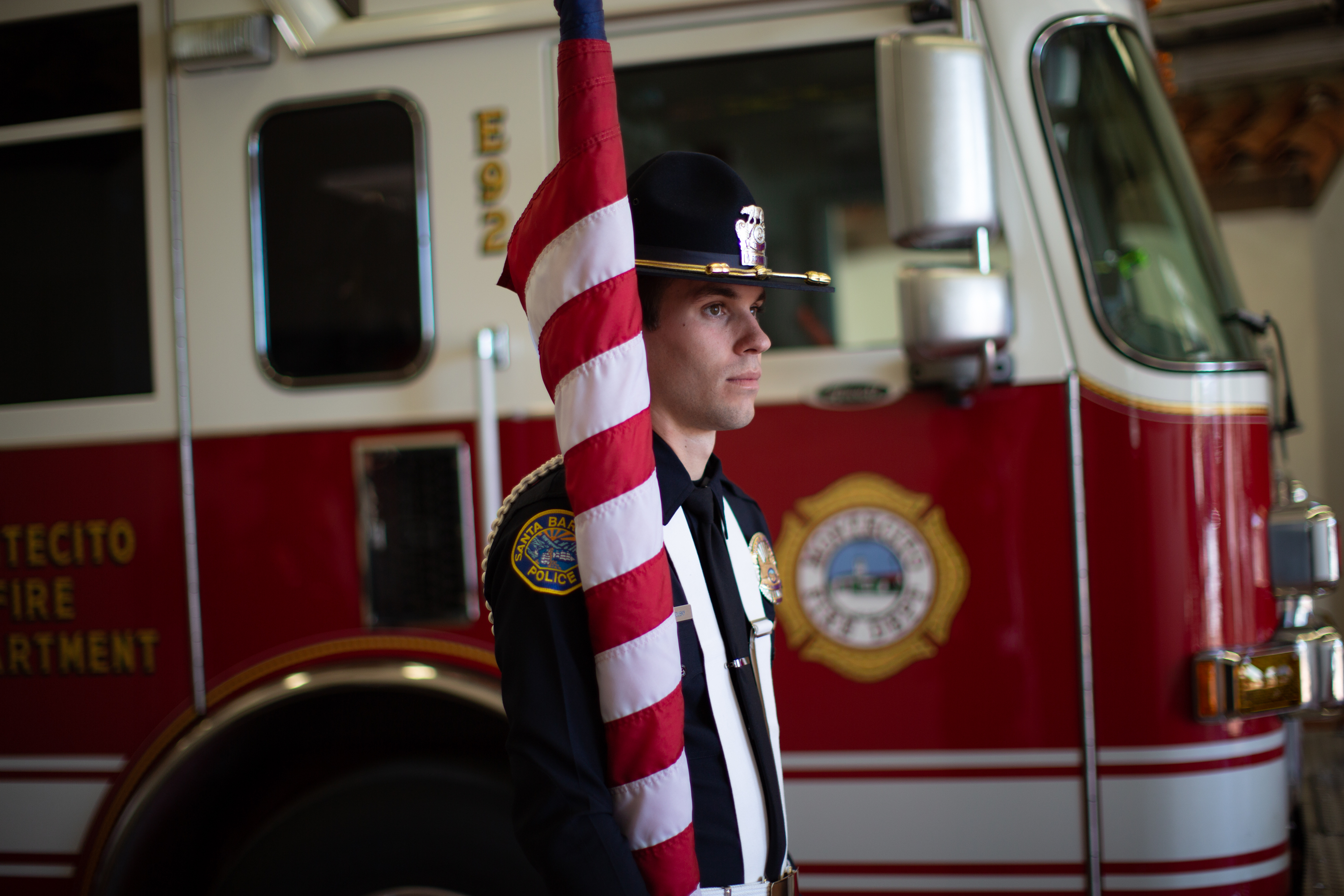 The Santa Barbara Police Department invite members of the community to attend this special ceremony at the Santa Barbara Courthouse Sunken Gardens on Saturday, September 11, 2021, at 9:00am.

Numerous communities across our nation are participating in the first annual 9/11 Flag of Honor Across America Memorial Ceremony. This will be the largest nationally coordinated event remembering those 2,983 lives that were lost (www.911memorial.org) on September 11, 2001, World Trade Center Attack, and the 1993 World Trade Center Bombing.

In the aftermath of 9/11, only three police Chiefs in the country were activated for military service, Chief Bernard Melekian was one of them. He spent most of 2003 on active duty with the U.S. Coast Guard. “The aftermath of 9/11 evolved into war, military operations, and geopolitics. However, on September 11, 2001, on that day, at that time, it was about first responders and private citizens who went into danger at the World Trade Center, the Pentagon, and aboard flight 93. They did so regardless of the risk and, as a consequence, thousands paid with their lives. We should never forget them or their sacrifice.” – Chief Bernard Melekian, 48 years of law enforcement service, United States Army Sergeant – 3 years of service, United States Coast Guard Reserve Chief Petty Officer – 25 years of service.

Officer Sandusky stated, “The attack that happened on September 11, 20 years ago, was the main driving force for me to join the United States Army. I felt the need to do something for others and my country. Now as a Santa Barbara Police Officer, I’m able to serve and protect the members of this community. I’m remembering all those lives that were lost on that tragic day and honor them by being a member of the Santa Barbara Police Department Honor Guard and will be involved in the ceremony this Saturday.” – Officer Dillon Sandusky, 4 Years of SBPD Service, United States Army Corporal – 4 Years of Service.

Officer McBeth said, “I will never forget where I was on the morning of September 11, 2001; even 20 years later I can remember it with detail. I knew I would join the United States Marine Corps to protect my fellow Americans and my country. I knew after the Marine Corps I wanted to continue my service as a police officer for the community I grew up in, Santa Barbara. I’m currently a member of the Santa Barbara Police Honor Guard and I’m honored to participate in the ceremony this Saturday, remembering all those who lost their lives on that tragic day.” – Officer Scott McBeth, 5 Years of SBPD Service, United States Marine Corps Corporal – 5 Years of Service.