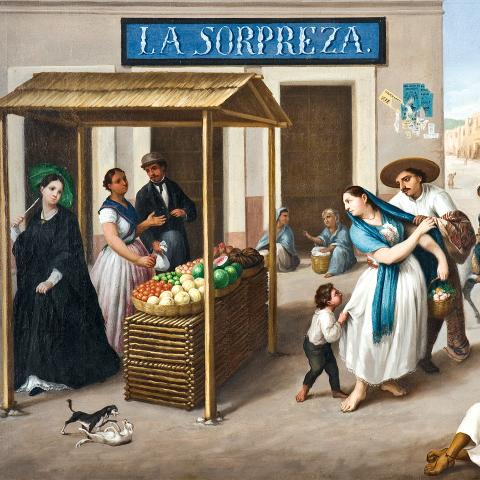 Race, Society, and Identity in 19th-century Mexican Costumbrismo with Mey-Yen Moriuchi (via Zoom)

Costumbrismo, a genre that took hold in Spain and Latin America, manifested itself through the visual and literary arts and sought to capture the customs, costumes, and traditions of everyday people and everyday life. In Mexico, it garnered particular momentum and prominence as the nation’s leaders tried to stabilize the country both politically and economically. Costumbrista artists desired to capture the corporeal physicality and presence of the Mexican people through their emphasis on naturalistic depiction and attention to detail. They created personal, constructed portrayals of Mexican life that were often romanticized and politicized. Ultimately, costumbrismo created a propagandistic, subjective language of representation that evaluated, critiqued, and celebrated 19th-century Mexican culture and traditions.