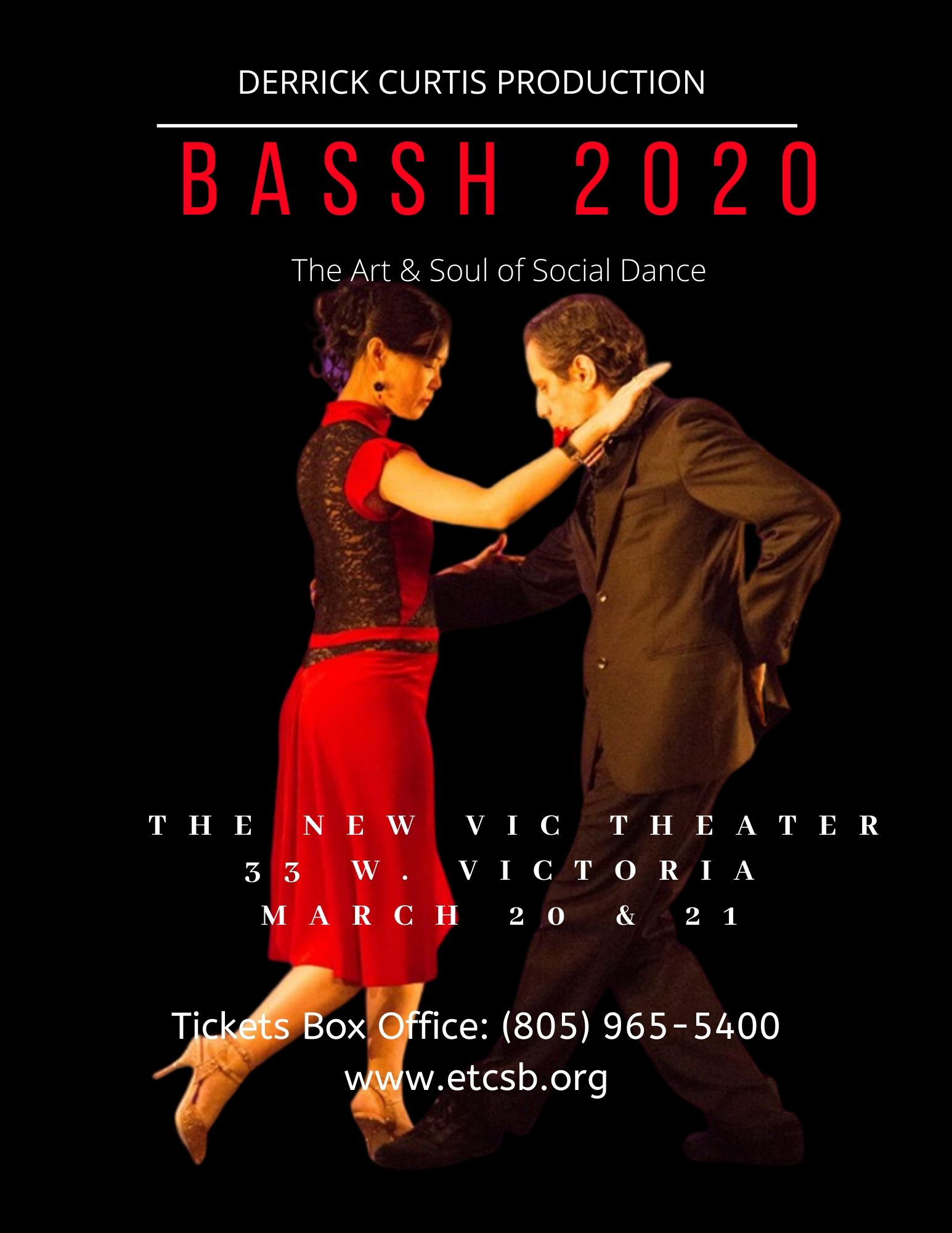 A long-time Santa Barbara entertainment favorite, BASSH will showcase a wide variety of social dance genres theatrically choreographed by local dance professionals. March 20-21 marks the 20th anniversary of the Santa Barbara popular stage dance show BASSH, which brings together a colorful and diverse roster of choreographers and dancers from several genres. The show often sells out all three of its weekend performances.

Producer Derrick Curtis and his creative and talented team of professionals who fly in from Chicago and New York for the event are planning a truly extraordinary bash to sizzle for this special anniversary of Santa Barbara’s longest-running stage dance show that is now a performing arts cultural icon for one of the most beautiful cities in the country.

BASSH will also reach within the community to celebrate Santa Barbara’s Local Dance Heroes by honoring them on stage opening night of BASSH Friday, March 20th. This year’s recipient is photographer Fritz Olenberger. His photo contributions to our dance community will be highlighted during BASSH.