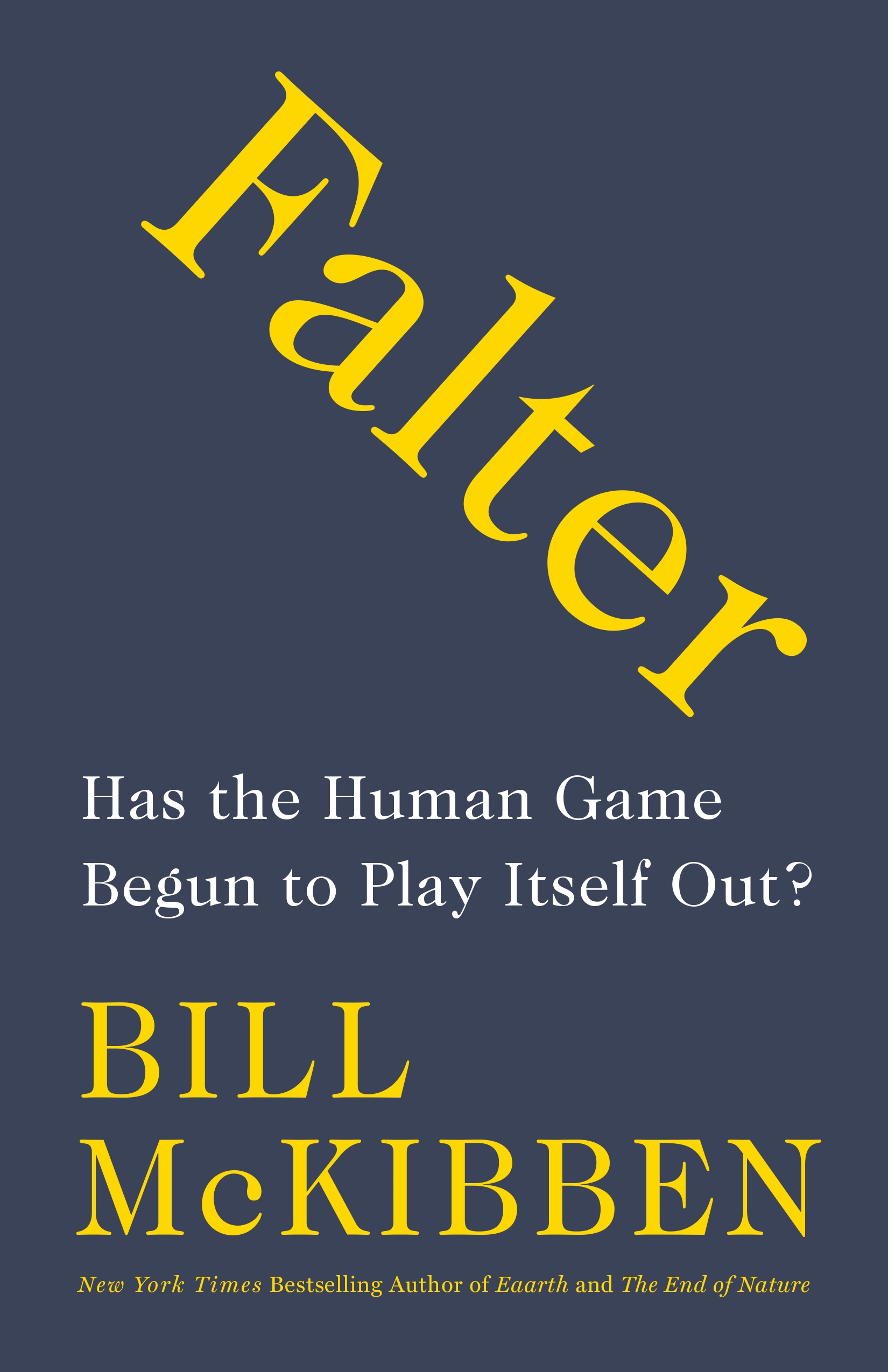 “One of the nation’s most important environmental activists.” The Washington Post

Of all the challenges the planet faces, none is as large as its fast-heating climate – and no one has worked longer or harder than Bill McKibben to both document and fight that ever-growing crisis. McKibben wrote the first book about global warming for a general audience – 1989’s The End of Nature. He went on to found 350.org, the world’s largest grassroots climate campaign, and write a dozen more books including his latest bestseller, Falter: Has the Human Game Begun to Play Itself Out? McKibben now offers a call to arms 30 years after he first set the stage.