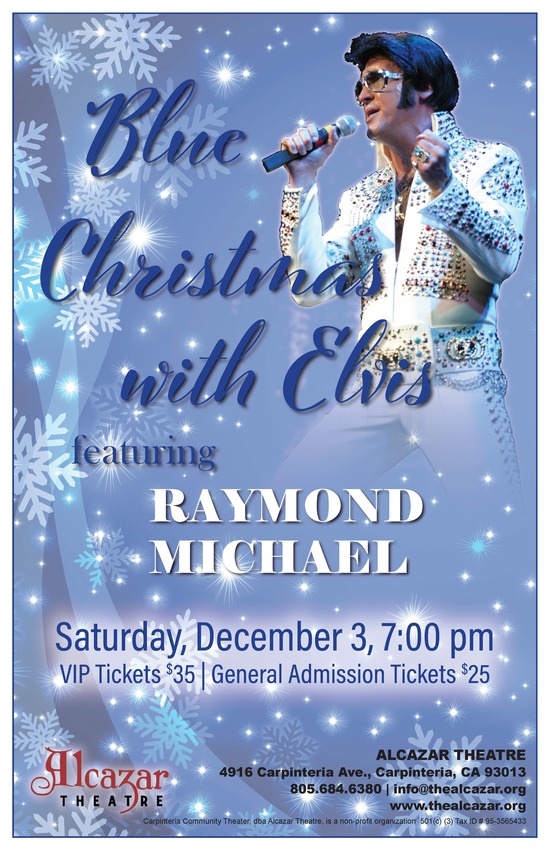 Celebrate the Holidays at the Alcazar Theatre with Elvis! Enjoy Holiday Songs and Elvis favorites at The Blue Christmas Show featuring Raymond Michael!

When Raymond Michael was a freshman operatic voice major and football player at California Lutheran University in Thousand Oaks, CA, he was asked to represent the football team on a panel when a hypnotist show came on campus. The hypnotist asked Michael to perform as Elvis; he did, received a standing ovation, and has been performing as Elvis ever since. In fact, Michael has just returned from a successful tour commemorating the 25th anniversary of the death of Elvis Presley. A highlight for any Elvis fan, this mid-western tour found Michael performing in the same venues Presley did 25 years ago during his last concert tour.