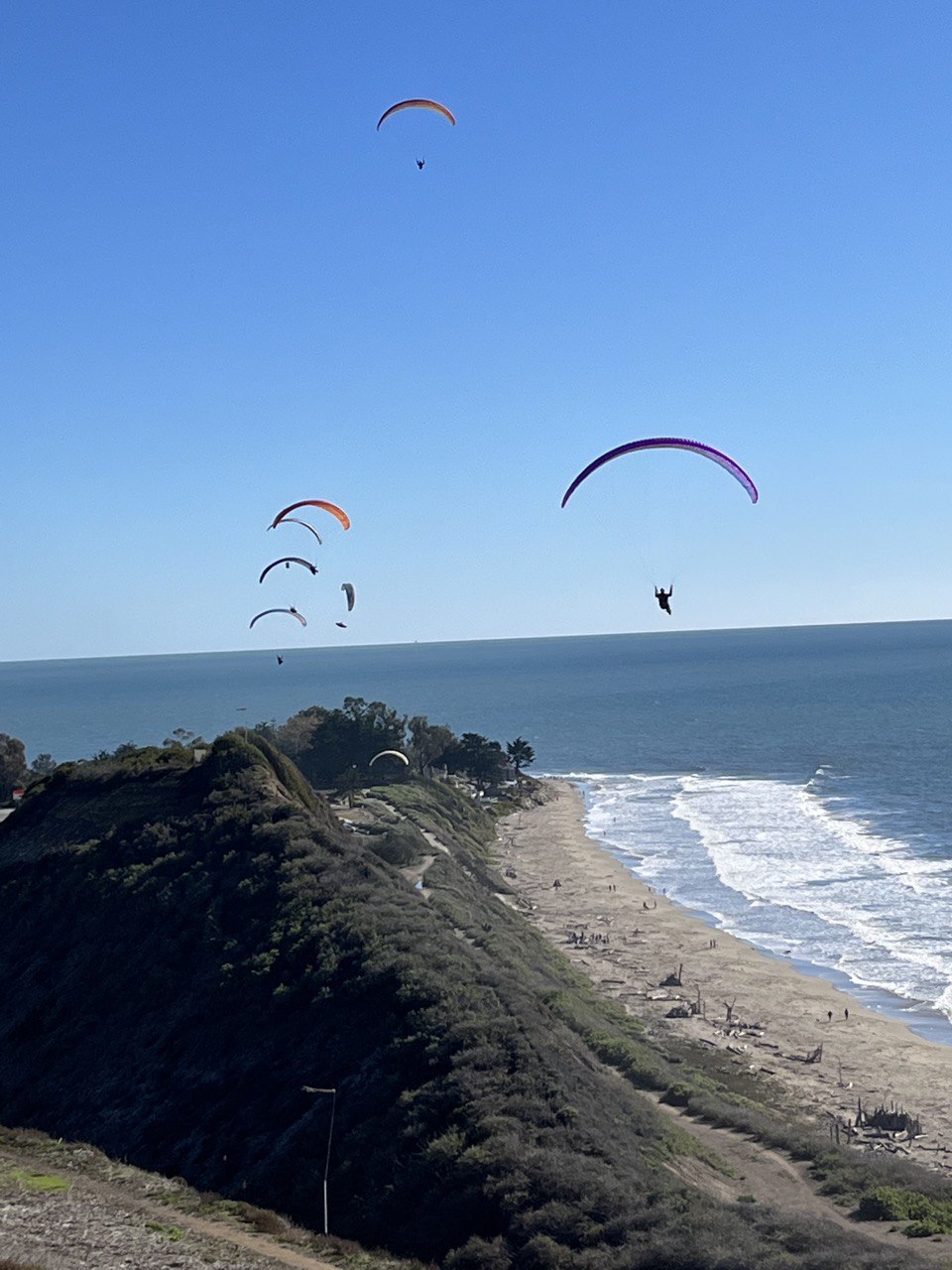 Show Up for a Better Bike Path – City of Carpinteria Planning Commission is meeting to consider whether to permit a trail that would forever alter the coastline and the way it has been used for years.

Do you commute by bicycle or ride for fun on the weekends? Do you enjoy the many trails along the coast and foothills? Join us and let’s let Carpinteria know how we want the Rincon Trail to link up with existing bike paths.

The City of Carpinteria Planning Commission will hold a special meeting to consider whether to permit a trail that would forever alter the coastline and drop cyclists into a busy parking lot. If the Rincon Trail is constructed as planned, it will also remove enough soil from the south side of the ridge to ruin the airflow and destroy a long-standing coastal soaring site. We are asking the City of Carpinteria to implement an alternative that preserves airflow along the bluff and allows us to retain the use of the flying site.

A coalition is building between cyclists, pilots, and other groups in support of a trail on the north side of the bluffs. This design will be easier to build, safer for cyclists and trail users, cost less, and preserve the tradition of flying.

Join us by attending the upcoming City of Carpinteria’s Planning Commission meeting on the Rincon Trail.