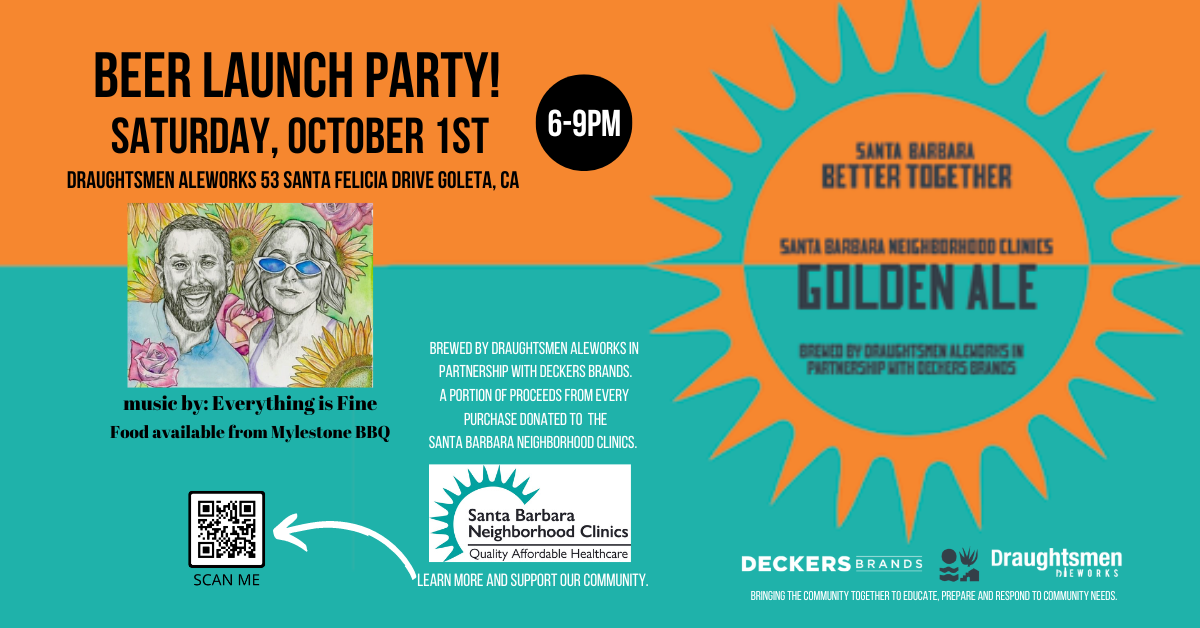 Santa Barbara brewery Draughtsmen Aleworks and Deckers Brands expand on their altruistic nature and charity pint series by continuing their partnership through Santa Barbara Better Together. The next collaboration in the charity beer series will feature a Golden Ale that will benefit the local not-for-profit, Santa Barbara Neighborhood Clinics (SBNC). A percent of every purchase of Golden Ale will be donated to SBNC. The campaign and beer launch will take place on Saturday, October 1st, 6 p.m. to 9 p.m.

The event is open to the public. We hope to see you there in support of such an amazing community resource. As a community, we are only as healthy and strong as when ALL our residents are in good health. Saturday, October 1st 6-9pm at Draugthsmen in Goleta (53 Santa Felicia Drive)

Everythings Fine, a local pop duo with Andrew Manos and Ky Butler will be bringing a fresh perspective to a new era classic music.

Mylestone BBQ will be on site for some amazing BBQ!