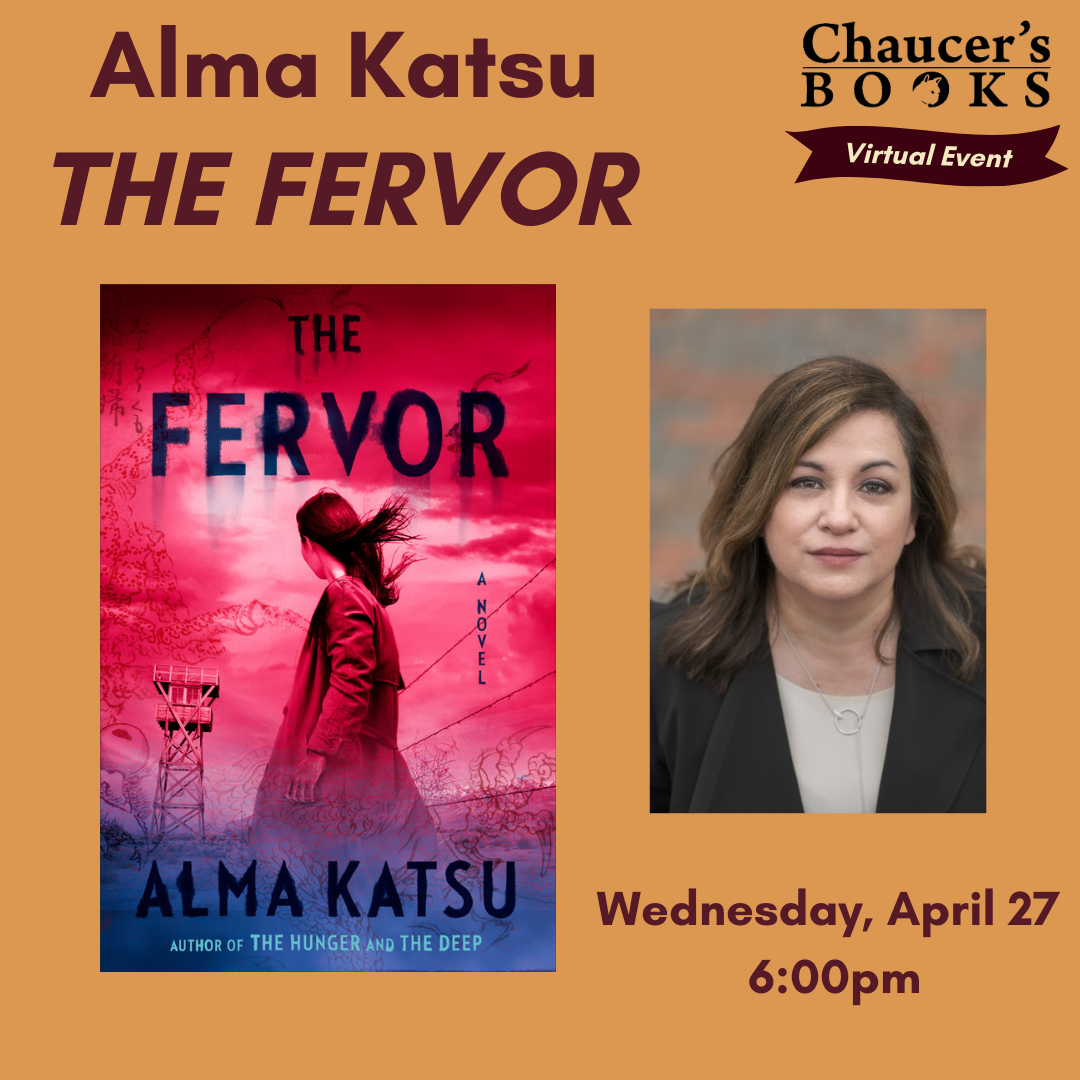 The acclaimed author of the celebrated literary horror novels The Hunger and The Deep turns her psychological and supernatural eye on the horrors of the Japanese American internment camps in World War II.

1944: As World War II rages on, the threat has come to the home front. In a remote corner of Idaho, Meiko Briggs and her daughter, Aiko, are desperate to return home. Following Meiko’s husband’s enlistment as an air force pilot in the Pacific months prior, Meiko and Aiko were taken from their home in Seattle and sent to one of the internment camps in the Midwest. It didn’t matter that Aiko was American-born: They were Japanese, and therefore considered a threat by the American government.

Mother and daughter attempt to hold on to elements of their old life in the camp when a mysterious disease begins to spread among those interned. What starts as a minor cold quickly becomes spontaneous fits of violence and aggression, even death. And when a disconcerting team of doctors arrive, nearly more threatening than the illness itself, Meiko and her daughter team up with a newspaper reporter and widowed missionary to investigate, and it becomes clear to them that something more sinister is afoot, a demon from the stories of Meiko’s childhood, hell-bent on infiltrating their already strange world.

Inspired by the Japanese yokai and the jorogumo spider demon, The Fervor explores the horrors of the supernatural beyond just the threat of the occult. With a keen and prescient eye, Katsu crafts a terrifying story about the danger of demonization, a mysterious contagion, and the search to stop its spread before it’s too late. A sharp account of too-recent history, it’s a deep excavation of how we decide who gets to be human when being human matters most.

Alma Katsu is the award-winning author of six novels, most recently Red Widow, The Deep, and The Hunger. She is a graduate of the master’s writing program at the Johns Hopkins University and received her bachelor’s degree from Brandeis University. Prior to the publication of her first novel, Katsu had a long career as a senior intelligence analyst for several U.S. agencies. She lives in West Virginia with her husband.

One of CrimeReads’ Most Anticipated Crime Fiction 2022

“Katsu has no peer when it comes to atmospheric, detail-rich historical horror, but this volume is more unsettling than anything she’s written yet, because its demons attack readers uncomfortably close to home. A must-read for all, not just genre fans.” –Library Journal (starred review)

“The action leaps off the page and has a cinematic quality. The Fervor is a stunning triumph and unfurls like a masterfully woven tapestry. It is suffused with secrets, pain, Japanese myths long thought forgotten, and above all the guilt that permeates throughout. . . . The ghosts of this story will haunt readers long after they’re finished reading.”—Booklist (starred review)

“The plot moves at a dizzying pace . . . a balance of incisive detail and steady progression . . . What appears to be a story of supernatural suspense mixed with historical fiction transforms into an important reminder of the United States’ short memory of its own atrocities and its long history of anti-Asian sentiment, violence, and racism. . . . It’s enjoyable to experience the ambitious, weblike weaving of the book’s many elements.” —Kirkus Reviews

“No one does historical gothic horror better than Katsu, and I can’t wait to immerse myself in this very creepy tale.” –CrimeReads

“Katsu weaves myriad perspectives into a powerful historical horror novel centered on the internment of Japanese Americans during WWII. . . . The meticulous and compassionate portraiture, placed against the backdrop of what evils humans do to one another, creates a horror that renders even the creepiest spiders merely decorative in comparison. Horror readers looking for sharp social commentary should snap this up.” —Publishers Weekly

“The Fervor is set in 1944, but it’s about the world we live in now—and that’s terrifying.”—Stephen Graham Jones, author of My Heart Is a Chainsaw

“The Fervor is heartbreaking, beautiful, and unputdownable. It turns the mirror of the past on the present, showing us what we could become if fear is allowed to defeat sense. It’s a masterful accomplishment which will stay with me for a long time.”—Catriona Ward, author of The Last House on Needless Street

“Is there anything the brilliant Alma Katsu can’t write about? The Fervor is an utterly compelling combination of the historical novel, the medical thriller, and the supernatural scarefest. It’s also a hauntingly moving meditation on prejudice and suspicion that feels like it has as much to say about our present moment as it does about the past. This is sure to be considered one of the best, most original novels of the year.”—David Bell, author of Kill All Your Darlings

“Masterfully written. Rich in historical detail and packed with complicated, compelling characters, The Fervor is a frightening reminder that those of us in the present are always on the cusp of repeating the sins of the past.” —Riley Sager, author of Lock Every Door

“I’m in awe of Alma Katsu’s uncanny ability to take historical fiction and infuse it with something so dark and otherworldly. I read this book in two sittings and during the night in between, I dreamt about it. A supernatural story with true heartache.” —Jamie Ford, author of The Many Daughters of Afong Moy and Hotel on the Corner of Bitter and Sweet

“A chilling, inventive supernatural thriller about a mysterious outbreak in a Japanese American internment camp during the frenzied nationalist days of World War II. The story is propulsive and dense with spidery scares, but the greatest horror comes from the deep resonance between this shameful episode of our history and the news we read every day.” —Steph Cha, author of Your House Will Pay