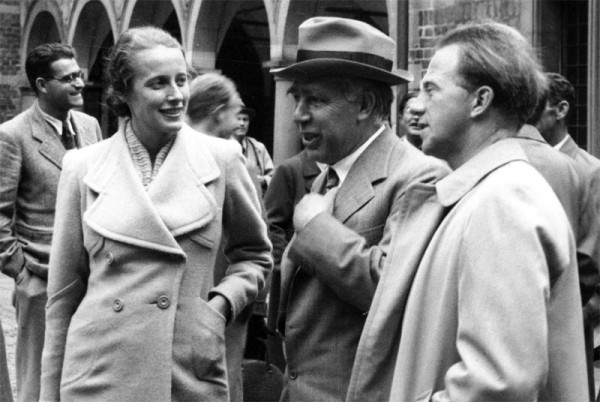 Copenhagen by Michael Frayn stars Ed Giron, Kathy Marden and Bill Waxman in a play that explores the mystery surrounding the actual meeting of two of the world’s greatest atomic scientists.

1941 – Copenhagen is under German occupation. German atomic nuclear physicist Werner Heisenberg makes a treacherous journey to Copenhagen to visit his former mentor Niels Bohr and Bohr’s wife, Margrethe. The Jewish population, including Bohr, soon will be successfully evacuated to Sweden.

But why did Heisenberg come to Copenhagen?  What were his intentions? Was either a nuclear scientist working on the development of an atomic bomb? As a German physicist whose funding was sponsored by the Nazi government, Heisenberg risked his life to visit his long-time friend and mentor Bohr, a Jewish physicist. Such a visit could have easily given the Nazis ground to convict Heisenberg of treason and execute him. Theories are proposed and hotly debated as the friends retrace their relationships, and attempt to understand the personal and professional implications their science had amidst the heated world politics of early 1940’s Europe.