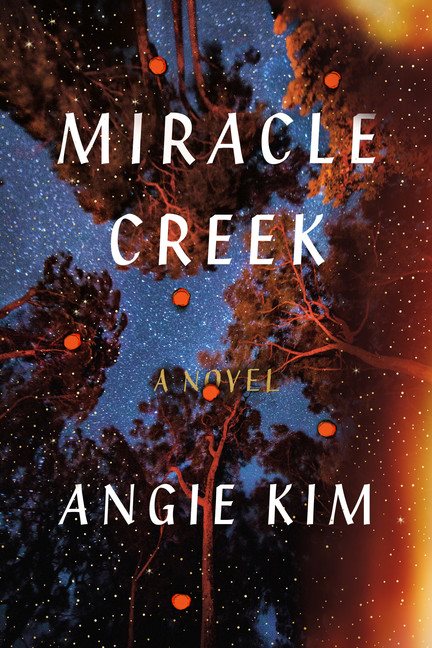 Debut Novelist Angie Kim Makes a BIG Splash and Lands at Chaucer’s on Wednesday, May 8th at 7pm

Chaucer’s Books is thrilled to host debut novelist Angie Kim as she shares and signs copies from her new book, entitled Miracle Creek. The early buzz on this one is big and loud! Miracle Creek is a thoroughly contemporary take on the courtroom drama, drawing on the author’s own life as a Korean immigrant, former trial lawyer, and mother of a real-life “submarine” patient. Both a twisty page-turner and an excavation of identity and the desire for connection, Kim’s book is a ravishing debut by a major new writer.

“Intricate plotting and courtroom theatrics, combined with moving insight into parenting special needs children and the psychology of immigrants, make this book both a learning experience and a page-turner. Should be huge.” — Kirkus Reviews (starred review)

“A stand-out, twisty debut . . . Kim, a former lawyer, clearly knows her stuff . . . a  masterfully plotted novel about the joys and pains of motherhood, the trick mirror nature of truth, and the unforgiving nature of justice.” — Publishers Weekly

Angie Kim moved as a preteen from Seoul, South Korea, to the suburbs of Baltimore. She attended Stanford University and Harvard Law School, where she was an editor of the Harvard Law Review, then practiced as a trial lawyer at Williams & Connolly. Her stories have won the  the Wabash Prize in Fiction, and appeared in numerous publications  including Vogue, The New York Times, Salon, Slate, The Southern Review, Sycamore Review, The Asian American Literary Review, and PANK. She lives in northern Virginia with her husband and three sons. Miracle Creek is her first novel.