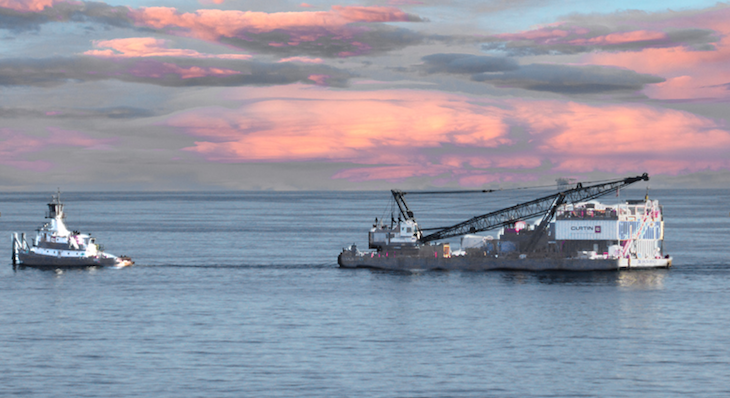 A Zoom presentation by photographer and filmmaker Harry Rabin and an expert panel including Mike Giuliani, Hillary Hauser, and David Valentine

For decades, oil has been leaking from the wellheads of some of the first offshore oil rigs in the world, over 400 of them right here in Santa Barbara County. The beaches in Summerland were the source, and the oil spread as far southeast as Carpinteria and northwest along the coast to Miramar, Hammonds, and East Beach. Finding the exact locations of these leaks and making the determination that they were indeed old wellheads vs. natural seeps took years of research both above and below the ocean. From a good set of eyes for observations, to shovels and the latest sophisticated technology, from drones and ROV’s to multibeam sonar, Lidar (Light Detection and Ranging) and improvised metal detection—all would need to be deployed to solve the mystery of where the oil plumes were coming from and to come up with a viable solution. That task was taken on by Heal the Ocean with Harry Rabin at the helm working with State Senator Hannah Beth Jackson, the California State Lands Commission, UCSB, and Interact. The story is a victory for the environment, finally ending the flow of multiple barrels per day into our ocean.

Producer, director, and documentary filmmaker, Harry Rabin is the CEO and founder of On the Wave Productions, an award-winning production company and a leader in high-tech camera and custom support gear. From The Land to Under the Sea and Up in the Air, his cameras and gear have been there to capture first-time-ever-witnessed action as it unfolded for the world to witness. Rabin has worked alongside Jean-Michel Cousteau, documenting the infamous Whale Jail in Russia, and with James Cameron, Mike DeGruy, Sylvia Earle, and other notables on many documentary-based film projects. A 40-year resident of Santa Barbara, he previously presented his film Into the Shark Zone at SBMM, which can be seen at: https://vimeo.com/285927409

Rabin’s passion for the Ocean and all marine life within it recently prompted the formation of Reef Guardians California/Hawaii where he plays a lead role in working with scientists and researchers to better understand the problems plaguing our reef systems and looking for solutions.  Currently, he also serves as an advisor to Heal the Ocean, the Academy of Underwater Arts and Sciences, the Whale Sanctuary Foundation, Channel Islands National Marine Sanctuary, the Monterey Bay Aquarium, and numerous others! More recently, he discovered leaking, abandoned offshore oil wellheads, and worked alongside government and private industry to get them capped and stop the destruction off the coast of California.

Mike Giuliani, Sr. head engineer at InterAct, holds a BS in Petroleum Engineering and has worked in the field for over 30 years. He has a broad base of experience in artificial lift, reservoir, decommissioning, and steam engineering, and is the person who did the Summerland  well abandonment.

Hillary Hauser, a recognized photojournalist and co-founder and Executive Director of Heal the Ocean, has published numerous books and articles about the sea and underwater adventures. In 2009, she received the NOGI Distinguished Services Award from the Academy of Underwater Arts and Sciences, and she was elected as President of the Academy’s Board of Directors in 2013. Hauser has also worked as a reporter on ocean issues for the Santa Barbara News-Press from 1981-1986 and as a classical music reviewer from 1981-1996.

David Valentine, PhD, holds the Norris Presidential Endowed Chair in Earth Science, is the founding director of the Marine Science program in the College of Creative Studies, and has been a Professor of Geochemistry and Microbiology at UCSB since 2001. Professor Valentine’s research interests focus on the interaction of microbes and chemicals, and his projects have included hydrocarbon seeps and spills, ocean exploration, and the microbial technology to address social and environmental problems. Recently, he made front page news in the LA Times with his discovery of millions of barrels of DDT that had been dumped in the ocean off Los Angeles.