“Feminist Resilience in an Age of Uncertainty” 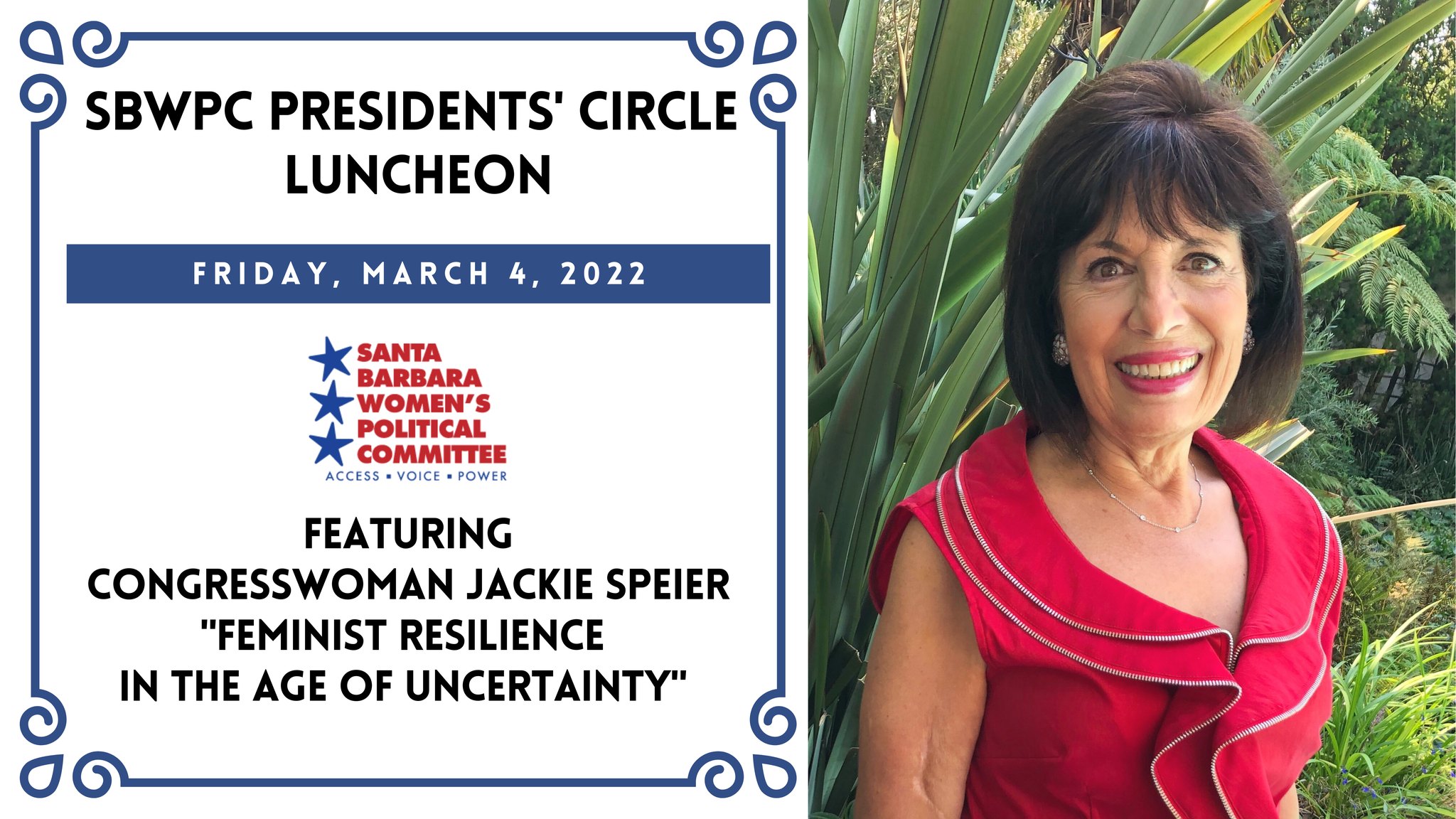 On March 4, 2022, the Santa Barbara Women’s Political Committee will host Representative Jackie Speier, for our 2022 Annual Presidents’ Circle Event. Congressmember Speier is California’s fearless fighter for women’s equality, LGBTQ rights, equity for the disenfranchised, and more.  She has dedicated her life to eliminating government corruption while working to strengthen America’s national and economic security. She was named to Newsweek’s list of 150 “Fearless Women” in the world, and one of “Politico’s 50” most influential people in American politics for bringing the #Me Too reckoning to Congress. Her legislation, the ME TOO Congress Act, became the basis of the bipartisan Congressional Accountability Act (CAA) Reform Act that was signed into law in December 2018.

Since 2008, Speier has represented California’s 14th Congressional District in the U.S. House of Representatives. Among other committees, she is a member of the Armed Services Committee and the Permanent Select Committee on Intelligence. Speier is also Co-Chair of the Democratic Women’s Caucus, the Congressional Armenian Caucus, the Bipartisan Task Force to End Sexual Violence, and the Gun Violence Prevention Task Force.