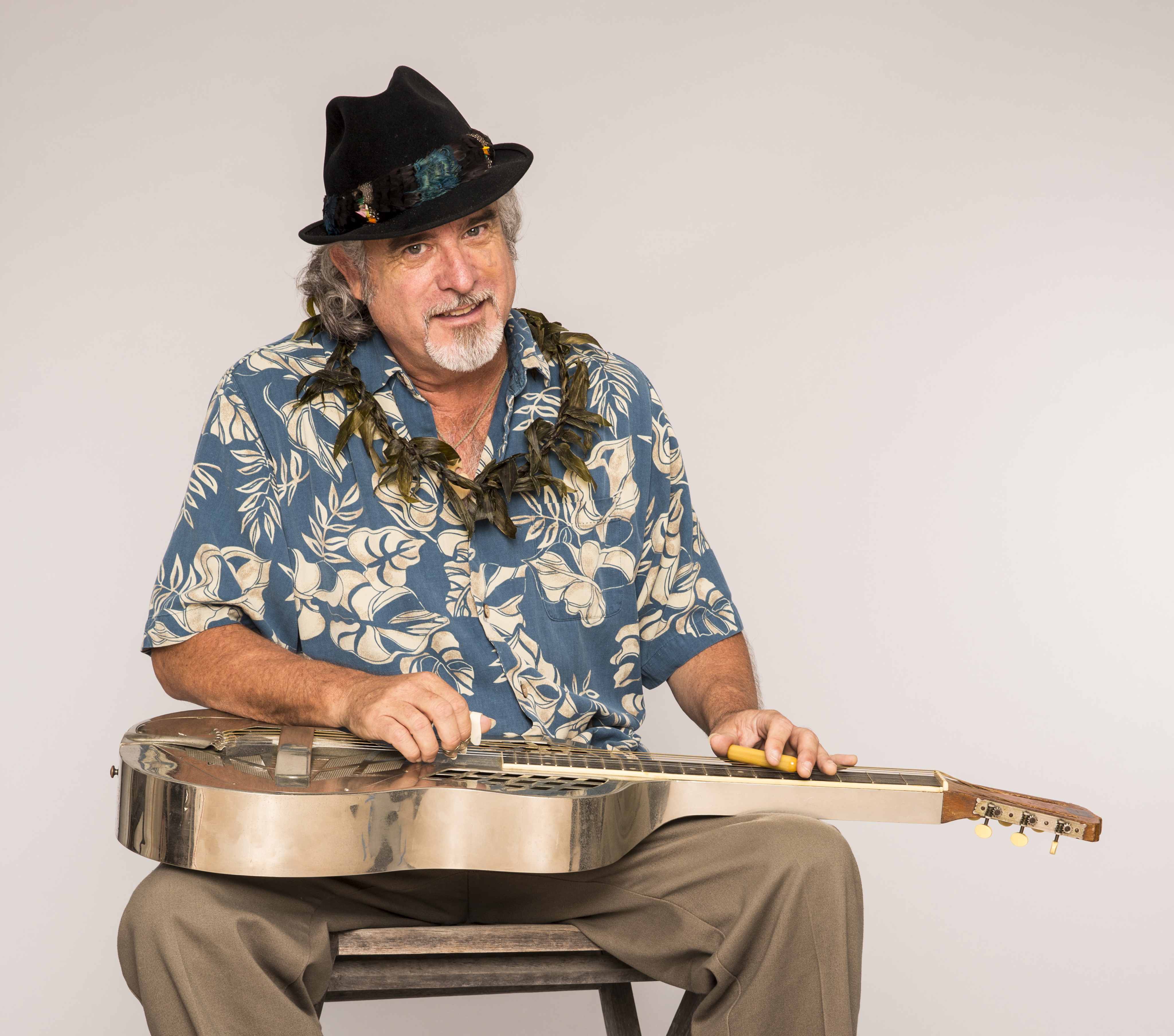 Beatrice Wood Center for the Arts

Beatrice Wood Center for the Arts

Ken Emerson is one of the world’s most highly regarded traditional Hawaiian slack key & steel guitarists living today. He is a monster player of both and he switches easily between them during his performances, laying his guitar on his lap and picking up a steel bar for an instrumental interlude. Emerson is famous for his one-of-a-kind slack/steel style playing of vintage acoustic steel-bodied National Resonator guitars.

Emerson’s unique playing style reflects the Hawaiian guitar’s grassroots origins of over a century ago. He has developed his unique style through many musical genres. He has played his special blend of Blues/Jazz Hawaiian guitar for 40+ years. Born into a musical family, Emerson grew up with his fathers’ extensive record collection of jazz, swing, Hawaiian and world music styles.

Living in the San Francisco Bay Area, Emerson played the folk and blues songs of the early ‘60s, a lefty learning right-hand finger-style techniques that led to his development as a finger-style picker. With the explosion of the San Francisco sound of the mid-later ‘60’s Ken also immersed himself into rock and electric blues styles. He was particularly drawn to bottleneck and slide guitar.

In 1968 Ken’s family moved to Hawaii. Absorbing the Hawaiian culture, Ken began studying Hawaiian language and music emulating the players of the 1920s and ‘30s era by listening to vintage Hawaiian 78 rpm records, zeroing in on the jazz and blues styles of Sol Ho’opi’i and Sol K. Bright. Soon Emerson was playing alongside such legendary performers as Gabby Pahinui, Genoa Keawe, Raymond Kane, Moe Keale and Auntie Alice Namakuela.

Emerson has helped lead the way in resurrecting the traditions of vintage Hawaiian music, tapping into classic jazz & blues influences along the way. Emerson has performed on at least a dozen Cord International – Hana Ola Records compilations with five solo releases on that label. Dividing his time between Kaua’i and San Francisco, Ken plays many Hawaiian venues and festivals and frequently tours the United States as well as Europe and Asia.