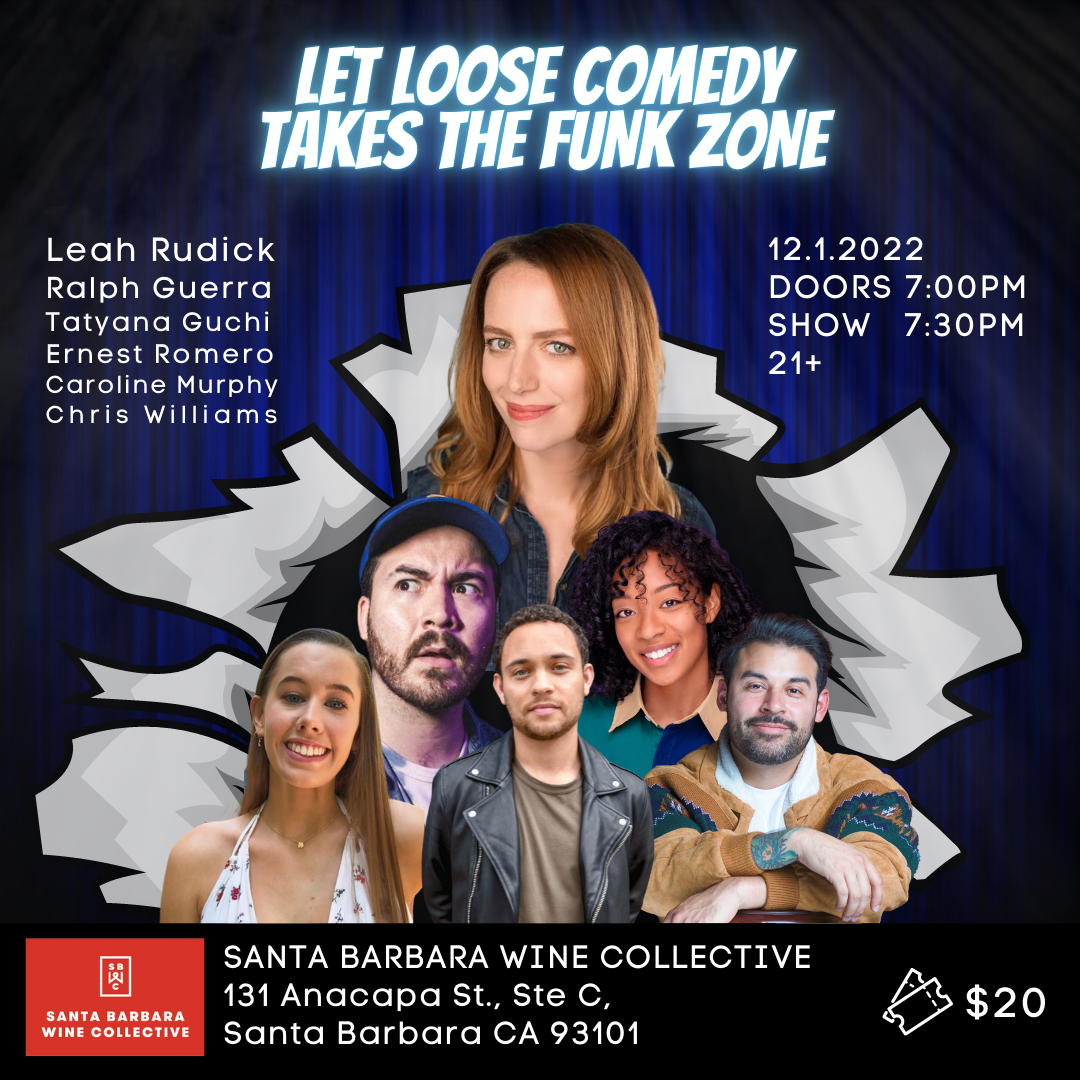 Your wishes have been granted. We’ve teamed up with the Santa Barbara Wine Collective, in the Funk Zone, for a show on Thursday, December 1st. Event though it’s a tad bit boujieer than you might be used to, we’ve got a great show coming up with an all-star lineup for you.

The show will be headlined by the one and only Leah Rudick. She’s an actress, writer & comedian based in Los Angeles. She has 320K followers on Instagram and almost 500K on TikTok, she was recently featured in Vulture, and she is the co-creator of the web series, Made to Order. Leah’s performed everywhere from the New York Sketchfest to the Los Angeles Comedy Festival, and now a private wine cellar just for your enjoyment.

Our feature comedian is Ralph Guerra. He’s a first-generation immigrant, born and raised in Los Angeles, California. In his 13 years of doing stand-up comedy, he was in the writers room for the first two seasons of Comedy Central’s Triptank, and he was a contributing writer to Twitch.TV’s Two Joysticks and a Couch. His clips has amassed over 15 million views across platforms, and now his unrivaled energy is here to blow the corks out of your bottles (or whatever the wine equivalent of “blow your socks off’ is).

The laughs don’t end there. We’ve also got the hilarious Tatyana Guchi on the bill, alongside Ernest Romero and the one-and-only Caroline Murphy. And let’s not forget your illustrious host, the Let Loose comedy extraordinaire, Chris Williams. You’ve been asking for the Funk Zone, so we’re coming to the Santa Barbara Wine Collective for one night only. Don’t make us regret it & come out and laugh with us on 12/1 at 7:00pm.