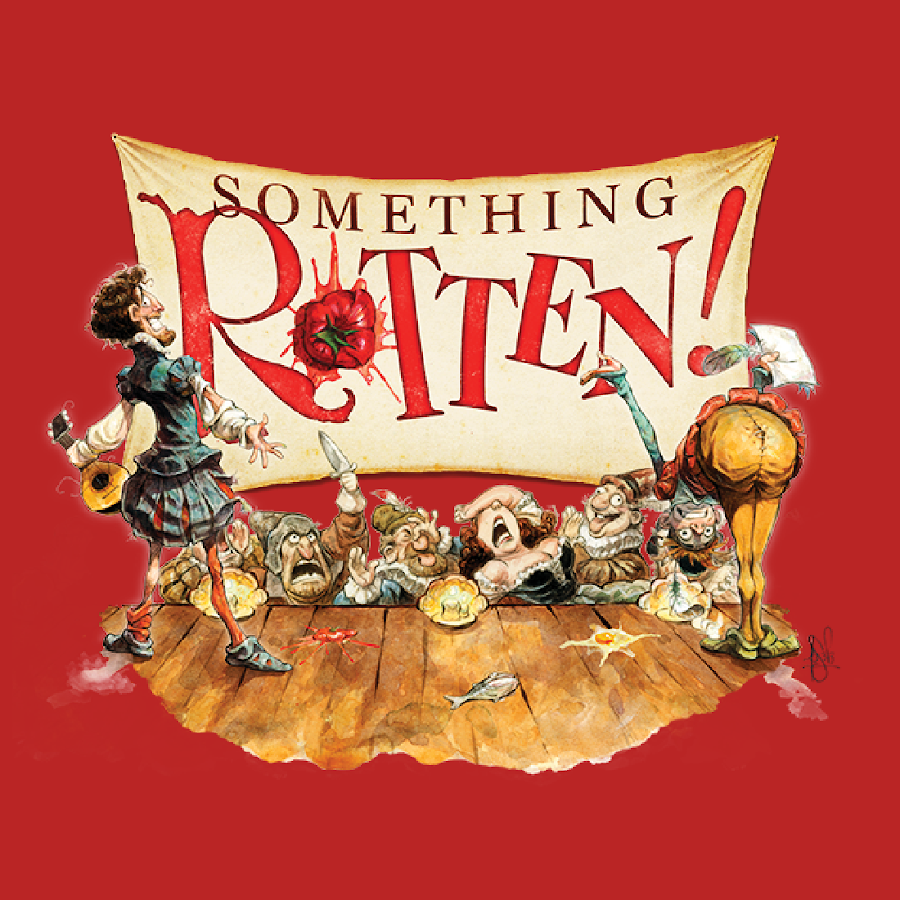 Lights Up! Theatre Company Kicks Off Its Season with Megadose of Musical Theater!

What do Shakespeare and Lights Up! Theatre Company have in common? The plague interrupting their shows, of course! But, as they say in the theater world, the show must go on!

Lights Up! Theatre company will kick off its season with a sorely needed megadose of musical theater in a dazzling production of Something Rotten!, at the Marjorie Luke Theatre, February 3rd-5th, 2022.

Boost your spirits and split your sides laughing at what critics are calling “the funniest musical in over 400 years!”

This season, Lights Up! Director Amy Love, chose the new musical, Something Rotten! for LU’s advanced company as a real sign of the times. Lights Up! is known for taking on big, challenging shows – and they felt that this year actors – and audiences – needed a big old ‘shot in the arm’ of the very best, brightest and juiciest live musical theater around. Something Rotten! is a kind of love letter to Broadway Musicals, in a mash up with Shakespearean silliness that is just breathtaking,” Amy says. “You really don’t have to love Shakespeare to love this show – in fact, the lead character himself hates Shakespeare…”

The actors have been animated and invigorated, loving rehearsals as well as the chance to learn complex new skills like – spoiler alert – Broadway level tap dance!

Something Rotten! tells the tale of two brothers who set out to write the world’s very first musical, in this hilarious mash-up of sixteenth-century Shakespeare and twenty-first-century Broadway. It’s a fresh and dazzling tour de force of Broadway style tap numbers and slap-stick musical comedy gold. Something Rotten! has established itself as one of Broadway’s funniest, splashiest and most deliciously irreverent musical comedies that you won’t want to miss.

Even if you “hate Shakespeare” you’ll love Something Rotten!

Something Rotten! will open at the Marjorie Luke Theatre on Thursday, February 3rd and run through Saturday February 5th. Performances are 7:00pm each evening, with a 1:00pm Saturday matinee.

*For the health and safety of our actors and audience members, our policies follow the California Department of Public Heath guidelines for mega events. Please plan to arrive early to give our staff time to verify entry requirements.