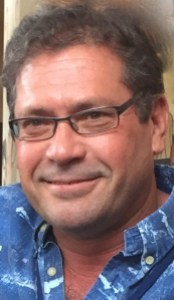 Marine mammals are sentinel species. They are barometers for current and potential negative impacts on individual and population levels, ocean and human health. The Santa Barbara Channel, Channel Islands National Marine Sanctuary and Channel Islands are the Galapagos of North America. They are host to a plethora of marine life including six species of pinnipeds and 30 species of cetaceans. The Islands also have breeding rookeries for California sea lions, Northern elephant seals, Pacific harbor seals and Northern fur seals. As indicator species, the health of these marine mammals and the reasons they strand are indicative of the health of our oceans. Following these trends can determine the relative state of ocean health which impacts human health. Ocean, environmental, animal and human health are all connected under the One Health approach. Channel Islands Marine & Wildlife Institute (CIMWI) is a part of the conservation and research efforts on the frontline with marine mammals which are the “canaries in the coal mine.”

Dr. Samuel Dover has been practicing veterinary medicine for 30 years. He earned his Doctor of Veterinary Medicine from the University of Missouri-Columbia in 1988 and started his career at SeaWorld San Diego. During Dr. Dover’s 10-year career with SeaWorld, he was a staff veterinarian for the California, Ohio and Florida parks. While at SeaWorld, Dr. Dover pioneered minimally invasive surgical techniques for dolphins, seals, sea lions, manatees, sea turtles, sharks and walruses. In 1999, Dr. Dover accepted a position at the Santa Barbara Zoo as Staff Veterinarian and Director of Conservation and Research. He also established a veterinary consulting practice locally, nationally and internationally.

Dr. Dover is the founder and Chief Veterinarian of CIMWI, a nonprofit organization dedicated to positively impacting conservation through marine mammal rescue, rehabilitation, research and education to promote ocean and human health. CIMWI is committed to providing immediate response to marine mammals that are sick, injured, malnourished, orphaned, entangled, oiled or deceased by trained and experienced individuals; administering veterinary medical care and providing rehabilitation with the goal of returning stranded marine mammals back to their wild environment; conducting research on the causes of illness and injury to marine mammals; educating the public on the plight of marine mammals and the impact people have on the environment to promote positive change; and collaboratively working with Network members, agencies, organizations and researchers to promote ocean and human health. CIMWI is a 501(c)(3) nonprofit organization serving Santa Barbara and Ventura counties with 155 miles of coastline, 106 beaches and 4 harbors.

Since 2000, the Santa Barbara Maritime Museum has featured many artifacts and stories to share the history of the Santa Barbara Channel with more than 40,000 visitors annually and provides year-round experiential maritime history and marine science education for local youth. Featuring the impressive First-Order Fresnel Lighthouse Lens from Point Conception, SBMM’s current exhibits explore The History of Oil in the Santa Barbara Channel, Honda Disaster, and Wives and Daughters: Keepers of the Light.