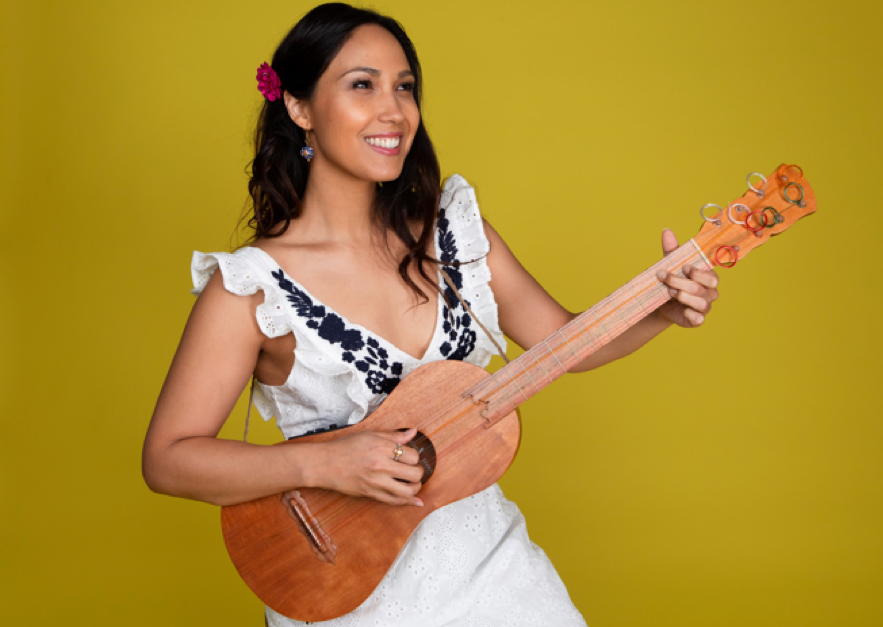 Join UCSB Arts & Lectures as they present FREE Family-friendly Music with Sonia De Los Santos titled En Casa con Sonia. This is an on-demand video (no live stream; approx. 45 min.) and will be available to view from Mar 13 through Mar 20. Register by Mar 13 at 10 a.m. for access.

A native of Monterrey, Mexico, Sonia De Los Santos is hailed by Billboard as “one of the Latin Children’s music artists you should know.” Recognized for her career with the celebrated Dan Zanes and Friends, her first solo family music album, Mi Viaje, won a Parents’ Choice Foundation Gold Award and its follow-up, ¡Alegría!, was nominated for a Latin Grammy. With songs in Spanish and English inspired by Latin American rhythms and North American folk traditions, En Casa con Sonia serves up a personal, yet universal, musical story that highlights joyful music-making and cultural bridge-building.