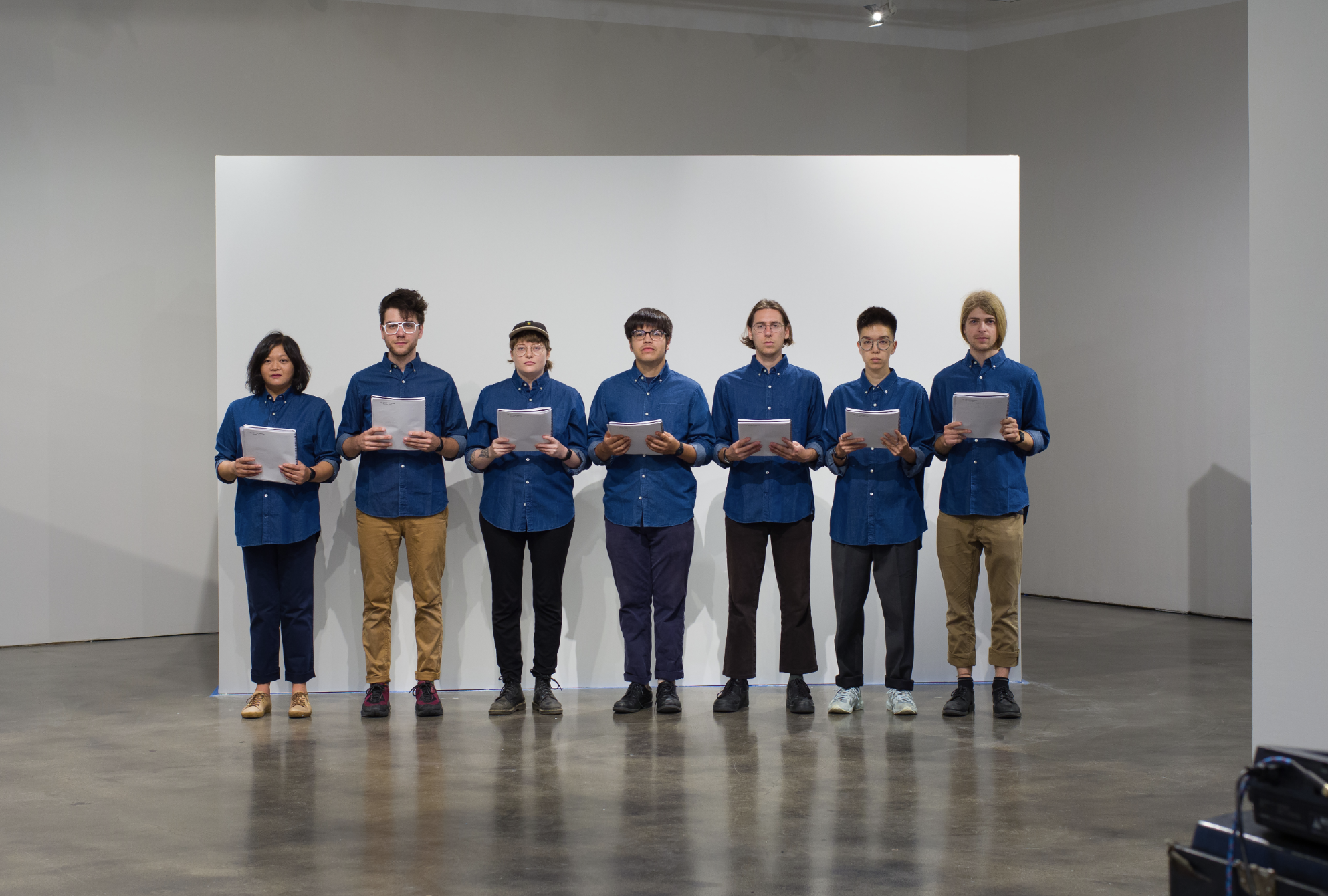 Museum of Contemporary Art Santa Barbara (MCASB) is pleased to announce the United States institutional debut of Berlin-based artist and composer, Ari Benjamin Meyers. Being exhibited for the first time in the United States, Kunsthalle for Music is dedicated to presenting music within the histories and environments of the visual arts. Co-founded with the Witte de With Center of Contemporary Art, Rotterdam, and Spring Workshop, Hong Kong, Kunsthalle for Music is comprised of a specially selected, local ensemble performing an on-site exhibition of musical works drawn from a “collection” that includes existing and newly commissioned solos, duets, and group pieces composed by Meyers and other artists.

Orchestrated by Meyers, the exhibition’s score is open to variations, which are determined by audience participation, by ensemble members, and by interaction in between audience and ensemble. This approach will translate into unique interpretations—an unrepeatable experience—every day. As such, visitors are encouraged to attend the exhibition more than once. Whenever the ensemble is not actively performing, Ari Benjamin Meyers: Kunsthalle for Music will still activate the museum space for visitors in various ways, including ensemble members using the space to rehearse or leaving recorded musical traces in their absence.

Ari Benjamin Meyers (b.1972, New York, USA) lives and works in Berlin, Germany. Meyers received his training as a pianist, composer, and conductor at The Juilliard School, Yale University, and Peabody Institute. Trading the concert format for that of the exhibition, his works as an artist—such as Kunsthalle for Music (2018), Symphony 80 (with the Bavarian Radio Symphony Orchestra) and Solo for Ayumi (both 2017)—explore structures and processes that redefine the performative, social, and ephemeral nature of music as well as the relationship between performer and audience. His diverse practice features musical performances for the stage and exhibition spaces as well as three operas including a commission for the Semperoper Dresden and a ballet for the Paris Opera. He has collaborated with artists including Tino Sehgal, Anri Sala, and Dominique Gonzalez-Foerster and bands such as The Residents, Einstürzende Neubauten, and Chicks on Speed.