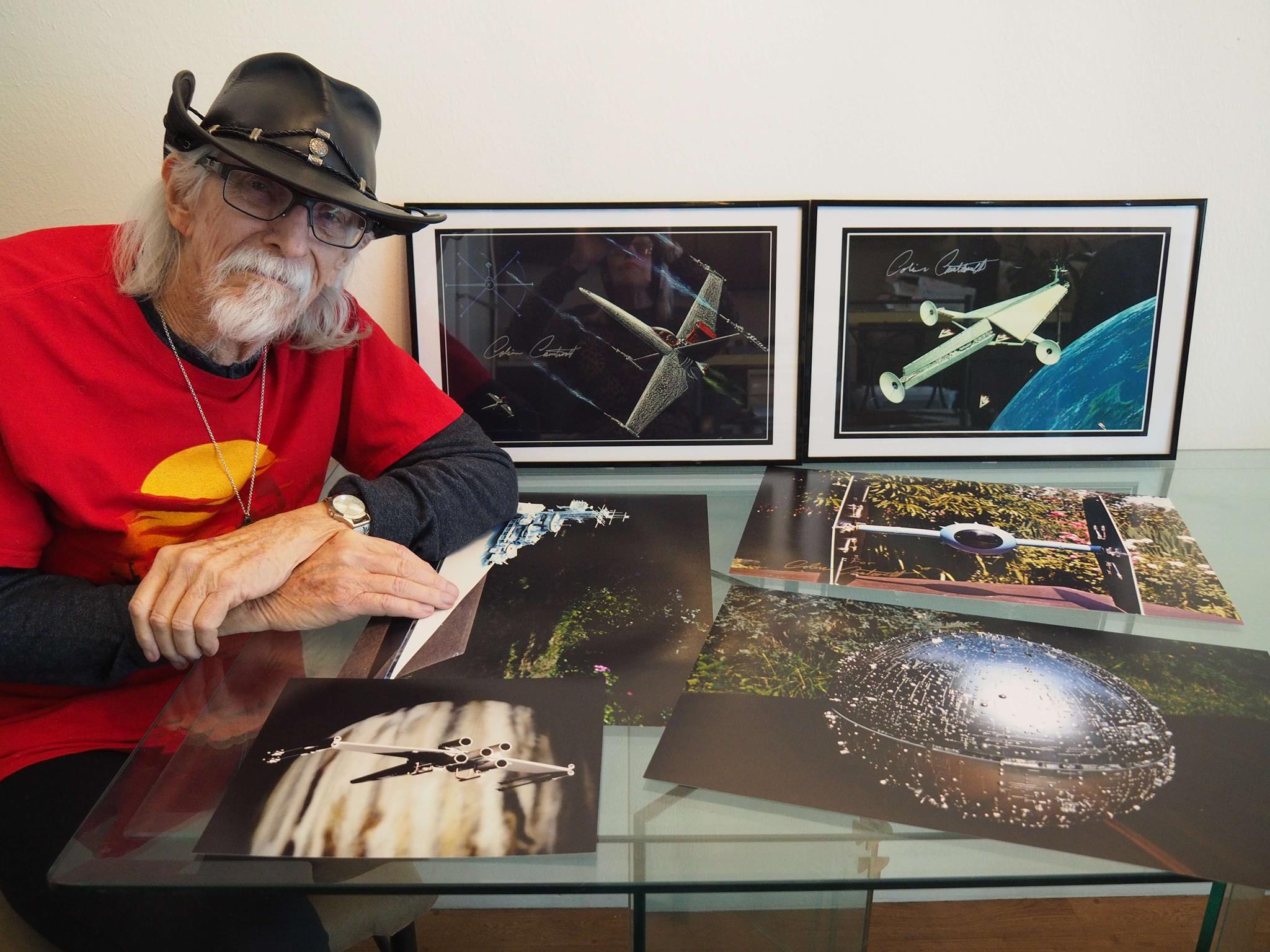 SANTA BARBARA—METRO ENTERTAINMENT invites you to meet concept artist and original Star Wars ship designer, Colin Cantwell!
Colin Cantwell was the original concept artist and modeler for all things that flew in the first Star Wars movie, “A New Hope”. His designs include the X-Wing, TIE Fighter, Death Star, Star Destroyer, original Millennium Falcon, Y-Wing and others. Developing the process of “Kitbashing” to build the ships, he revolutionized the modeling industry by tearing apart model kits of cars, boats and planes and re-constructing the pieces into objects such as the Star Wars ship models. In addition to his contribution to Star Wars, Colin has been involved in several other iconic projects. His credits include:
·        Working closely with Stanley Kubrick to design the space scenes and suggest the memorable music for “2001, A Space Odyssey”;
·        Being the “Hal 9000 Computer” that conveyed the flight progress of the Apollo 11 Moon Landing to Walter Cronkite while Cronkite was broadcasting live on national TV;
·        Designing the first OmniMax theater in San Diego which later became Imax;
·        Developing the first multi-color computer monitor for HP

·        Working on several other movies including, War Games, Close Encounters of a Third Kind, and more!

You can learn about Colin and his other projects on his websitehttp://www.colincantwell.com .