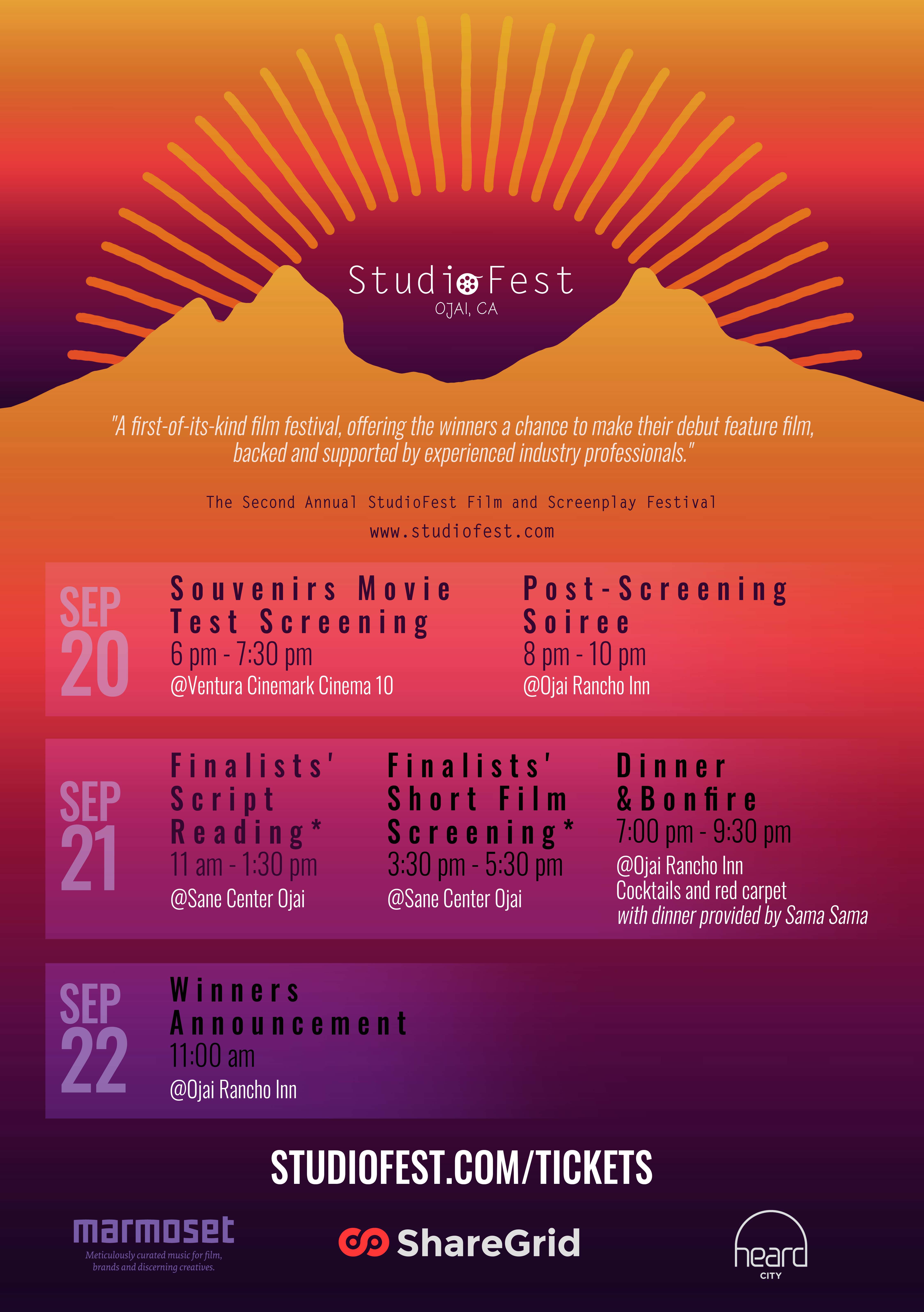 Add to Calendar Get Tickets - studiofest.com/tickets

StudioFest is a first-of-its-kind traveling film festival guaranteeing the winners a chance to make their debut feature film.

This is the second year of the festival. Year one was in the Catskills region of NY and year 2 will be held on the west coast in Ojai, CA.

Then on Saturday of the festival, the next winning duo will be chosen (one writer and director) and a second film will be produced with the StudioFest team to premiere in 2020.