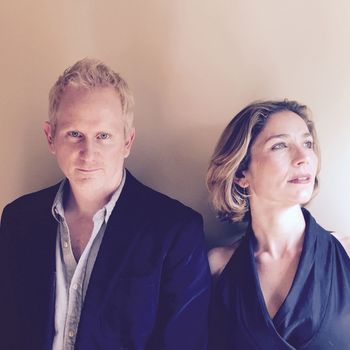 SWEET TALK RADIO was born out of a conversation. Kathrin Shorr and Tim Burlingame were two solo artists who came together by way of vocal harmonies and then, a kiss. The kiss that changed everything, started a relationship, and ultimately led to getting married and having a son. Along the way they’ve released three albums, five singles, had numerous song placements in tv shows, performed at various festivals, scored an independent film, and composed music for a daytime talk show.

Their third album, ‘HOROLOGY’, was produced by Bill Lefler (Ingrid Michaelson, Cary Brothers, Joshua Radin), and was recorded just after Kate’s father passed away. The title of the record is a tribute to her father, who owned a clock shop in Los Angeles. The first single from the album, ‘I’m Here’, co-written by Kathrin and Kyler England, was featured on the acclaimed Netflix series, ‘Alexa & Katie’, and Sweet Talk Radio toured with both The Weepies and Glen Phillips in support of the album’s release.